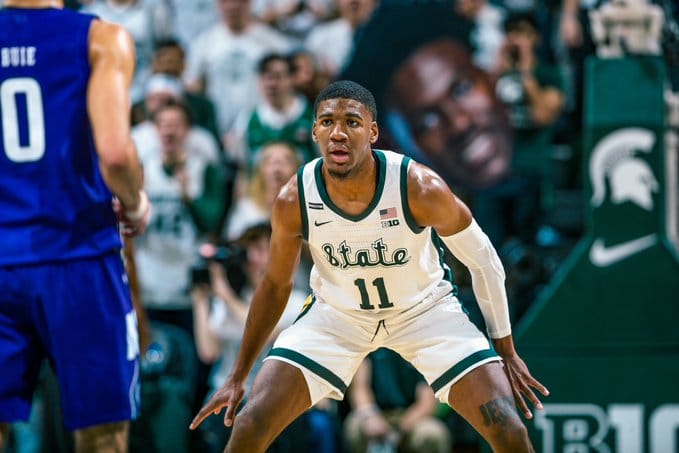 Another Season and another complete roster turnover for Kentucky. The Wildcats return one player who averaged over one minute per game and Brooks only clocked in 15 minutes per game as a freshman in 2019-2020. Kentucky will rely on their number one recruiting class according to 247 Sports and two talented transfers who will be eligible immediately to play. Kentucky has struggled in past years with little to no returning players and their most success has come with experienced players on the roster. With a shorter more condensed season upcoming it will all depend on how quickly the talented incoming freshman can build chemistry and begin playing at the collegiate level. Olivier Sarr and Davion Mintz will provide valuable minutes and experience for a team that will desperately and quickly be searching for themselves.

Creighton finished the 2019-2020 basketball campaign ranked #7 in the AP Poll and #9 in the final Coaches Poll. They shared the Big East title with Villanova and Seton Hall and are watching only one player who played in the 2019-2020 season leaving the team. Easily Creighton’s best overall player Ty-Shon Alexander will be a tough loss for the Bluejays. However Marcus Zegarowski, arguably the most important player on the roster, returns. With Zegarowski leading the team at the point and Mitchell Ballock and Denzel Mahoney on the wings, there is no doubt that Creighton will be a top offensive team after being a top 20 team a season ago. The question as it always is with Creighton is will their defense allow the Bluejays to remain a potential contender to reach the Final Four?

Michigan State was one star away from being an overall dominating team in 2019-2020 to live up to their preseason #1 ranking. Cassius Winston and Xavier Tillman did their part and will be a tough loss for the Spartans as the only player on the team to average more than 10 points per game. The returning roster is filled with role players who all stepped up when needed to help the Spartans to finish first in the Big Ten and #9 in the Final AP Poll. Rocket Watts and Aaron Henry will need to step into the role of star players on this roster for the Spartans to have major success. Joey Hauser will provide a much-needed scoring threat and knows the system after sitting a year with the Spartans after transferring last season. The major question mark of the season will be Joshua Langford’s health. Langford played in only 13 games in 2018-2019 and sat out the entirety of the 2019-2020 season. Izzo will have a deep squad and like any offseason under Izzo, a surprising Spartan is bound to take a major leap.