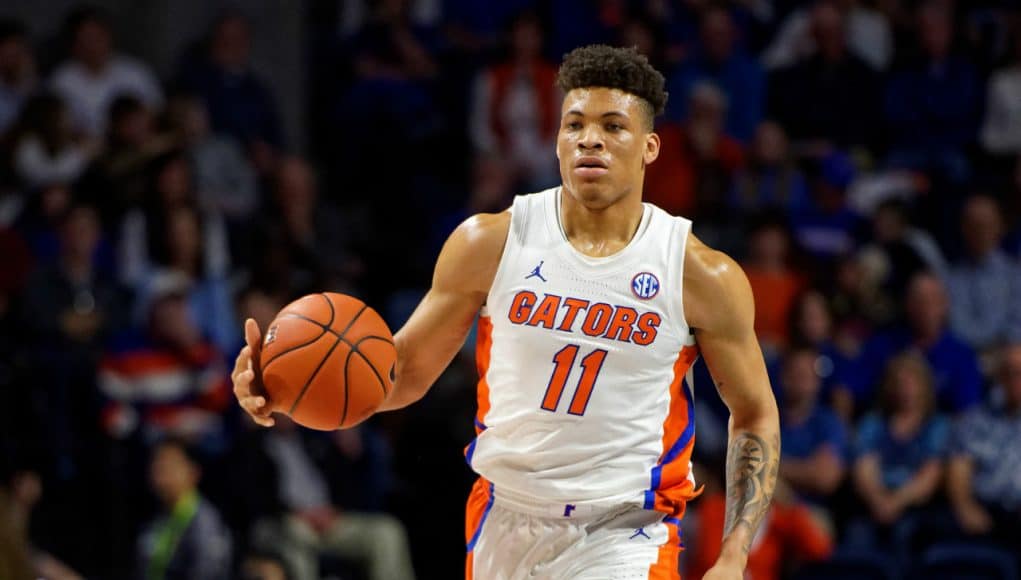 Losing Vital and Gilbert may sting a bit, but many people believe that Bouknight could be the next great guard out of UConn. He sure has a lot of help too, as Polley, Carlton, Akok, and more form a very solid bunch.

Jackson and Sanogo should see playing time as well, giving head coach Danny Hurley a lot of depth, which is a great problem to have.

The big question for the Huskies will be the transition from the American to the Big East. The AAC was a solid conference, but it is still a level up, especially when talking about the Villanova’s, Seton Hall’s, and Creighton’s of the college hoops landscape. If Bouknight can be the player we’re all expecting, UConn will have their name in March and could advance a round or two. But if the transition takes some time, they could be just one year away from truly being competitive with the big boys.

This ranking may seem high, as the Hall loses an All-American in Powell to go along with their starting point guard and starting center. Nelson and Thompson could have filled bench roles, but aren’t terrible losses.

What Seton Hall does have is the top stretch-four in the Big East, a slew of solid second options, and two fantastic transfers.

Mamukelashvili will have to take a big step forward. He battled injuries last season, but can certainly average 15 points and 8 rebounds as the main guy this season. Rhoden and Cale can play with more freedom – and will have to now that Powell and McKnight are gone. Reynolds provides a top-notch on-ball defender at the guard position, while Samuel and Obiagu give the Pirates a ton of size to go along with Mamu.

But the big deal about this Pirates team could be their offense at guard. Bryce Aiken averaged a very impressive 16.7 points at Harvard last season, amidst some nagging injuries. But it’s his junior season that Pirates’ fans have their eyes on when Aiken put up an outstanding 22.2 points with the Crimson. Along with Aiken is Takal Molson, who sat out last season with the Pirates program. Molson can also put the ball in the basket, which he did in big numbers at Canisius, with 16.9 points and 5.4 rebounds at the guard position.

With Powell gone, people may take the foot off the gas when playing Seton Hall, but they shouldn’t. Kevin Willard has an excellent group that can extend the streak of consecutive March Madness appearances to five years.

Where do you even start with Arkansas? I guess for the Debbie downers, they lost Jones, Whitt, Joe, and others, only leaving Desi Sills as the lone player who averaged at least four points last season. At 10.6 PPG and 3.0 RPG, Sills is worth a big mention and should be a top player in the SEC this season.

And then there’s a handful of players coming in. Four 4-star recruits have Eric Musselman’s class ranked eighth by 247, which will surely create a lot of hype around the Razorbacks. Jalen Tate brings experience from Northern Kentucky, where the guard averaged a solid 13.9 points, 5.4 rebounds, and 3.6 assists last season. His 1.9 steals per game helped him earn the honor of 2019-20 Horizon League DPOY, which has to have Arkansas fans smiling.

Vance Jackson has length and experience in big games. After one year at UConn, he sat one and played two at New Mexico where he was a double-digit point per game scorer both years. Now, he’ll play power-conference basketball with Arkansas. Justin Smith has power-conference experience, has the Indiana transfer averaged 10.4 points and 5.2 rebounds in the Big Ten last year. And then there’s JD Notae and Connor Vanover – two guys who spent a year with the program last year after having to sit out one each. Notae averaged 15.5 points and 5.5 rebounds in two years at Jacksonville, while the 7-foot-3-inch tall Vanover put up a steady 7.5 points, 3.0 rebounds, and 1.3 blocks at Cal.

That’s a lot to take in, but it also is a lot of really good players that Musselman will have to his advantage. Expect the Razorbacks to potentially have trouble at first, but the ability is there for Arkansas to win the SEC in 2020-21.

The Kerry Blackshear experiment didn’t work out as well as most thought, with the Gators only winning 19 games in 2019-20. However, Keyontae Johnson and Scottie Lewis return, along with two transfers and a top-40 recruiting class. Most of Florida’s success will rely on Johnson and Lewis. If they can combine for around 35 points per game, Florida will be a top team in the SEC. Don’t count out Appelby either, who averaged a touch under 18 points per game at Cleveland State. Mike White will have a lot of scorers this season, and if they can gel, Florida can surely crack the top-25.

Stanford returns practically their entire core from a year ago, with the exception of Terry. Isaac White will also be a loss off the bench, but the Cardinal has the 11th ranked recruiting class according to 247 sports, so replacing them shouldn’t be overly hard. Ziaire Williams is the big name incoming player, and should former a feared backcourt duo with Oscar Da Silva. Micahel O’Connell will also see big playing time, and the Stanford bench has loads of experience and talent. If Terry stayed, this team had Final Four potential, but still could make a deep run in March.

Make sure to continue following CBB Review rank all month.