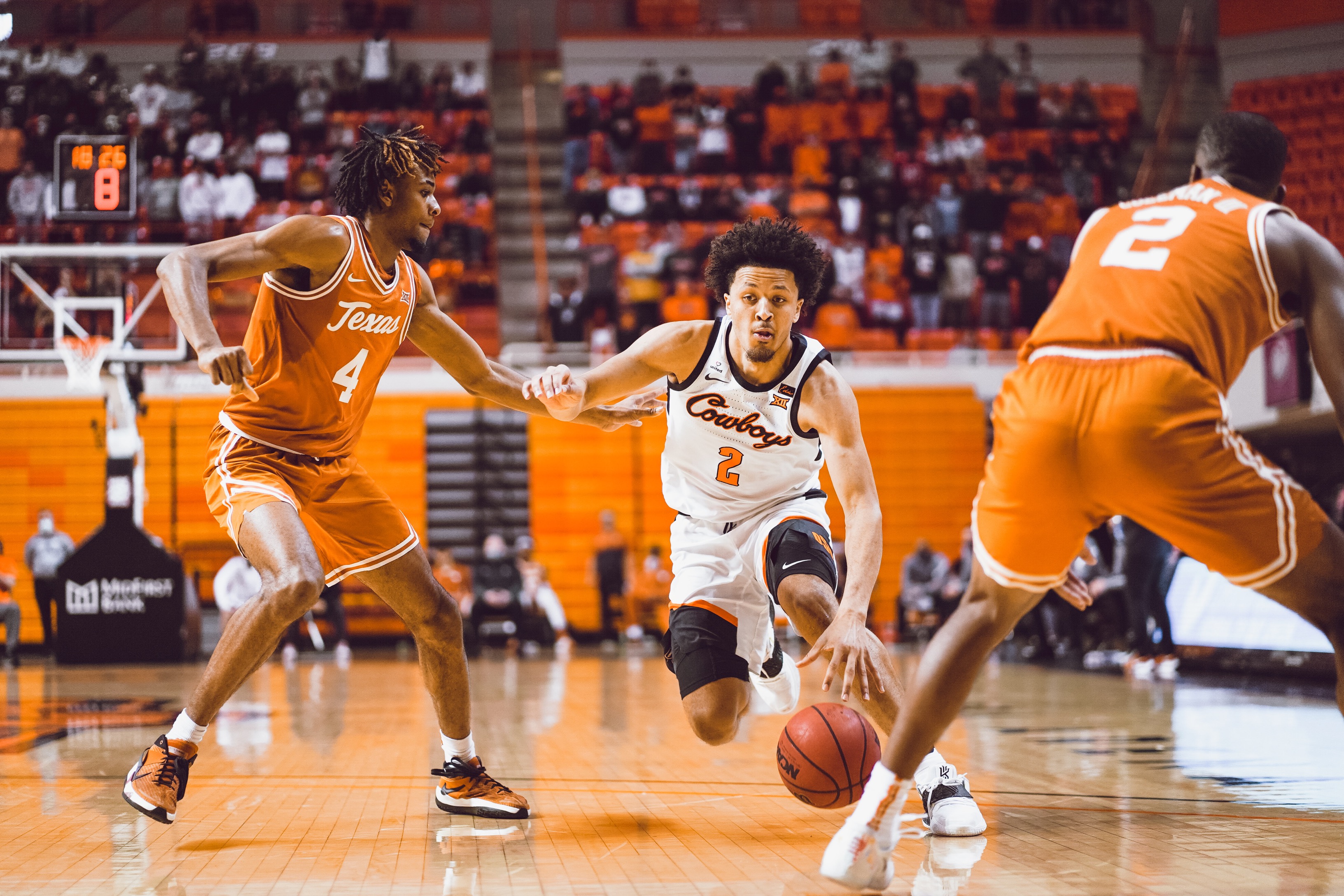 At this point, it’s almost a lock that Baylor is this year’s Big 12 regular season champion. They took down Texas on the road and have repeatedly show that they are a top 2 team in the country and maybe even #1. Unfortunately, as we’ve seen happen to them so many times this season, their two top 12 matchups against Oklahoma and Texas Tech were postponed. With a three game lead on first place in conference play, we could see them being named champs by next week’s power rankings.

The hottest team in the country finally cooled off when Texas Tech took them down in a close game last Monday. They were missing their top player Austin Reaves, which shows how good this team is and that they can compete with any team, especially now that he’s back. They lose out on their chance to take down the Big 12 giants in Baylor but have another huge game to look forward to when they take on West Virginia in Morgantown.

With the season sweep of Iowa State, they beat the 2-11 team by a combined 9 points in their two matchups which is interesting considering the talent gap between the two teams. They did not sweep Kansas but beat them this time in an exciting game where they scored over 90 points and stayed in the Big 12 race. Miles “Deuce” McBride is getting better every time he steps on the court, dropping 29 points, a career high, and taking over that Kansas game in a short stretch to maintain the lead. West Virginia probably has the toughest week in all of college basketball, taking on Texas Tech, who are looking for revenge after McBride hit a game winner in their face last time they played and Oklahoma.

Texas Tech is coming off a big win against Oklahoma and see themselves ranked as the 7th best team in the country according to the latest polls. Mac McClung has been terrific, but it’s been Terrence Shannon Jr. who’s stepped up and put together some really solid performances recently. If they take down West Virginia, they could slowly start to hear themselves in the one seed conversations, especially if any of the three Big Ten teams ahead of them lose.

Texas is ice cold right now, losing three in a row, including that double overtime heartbreaker. They are going in the wrong direction, but have a good week to get their momentum back, taking on two of the three worst teams in the Big 12. Andrew Jones has been their leading scorer the last five games, and they’ll need someone like Courtney Ramey or Greg Brown to help out with that in order to take down these talented Big 12 teams in the next month.

Oklahoma State finally finds themselves ranked after taking down then #6 Texas. Kalib Boone has been huge for this team, scoring 22 points and grabbing 15 rebounds in that win against Texas. A big question mark is if anyone would be able to support Cade Cunningham if he has a game where he struggles like that game, and guys like Boone, Ice Likekele, and Matthew-Alexander Moncrieffe have all stepped up throughout the season and done so. This game on Monday vs Kansas is huge for both teams, with both needing this game for their resume.

For the first time in over a decade, the Kansas Jayhawks do not have a number 1-25 next to their team name. Following their seventh loss of the season and 5th in their last seven games, they break their record streak of most weeks in a row in the top 25. This game against Oklahoma State at home is a must win because the more the losses pile up, the lower their seed in the NCAA tournament and with Texas Tech, Texas, and Baylor still to go this season, they need this one. Their next three games after that are Iowa State twice and Kansas State, so if they can go into those final three games on a four game win streak and possibly ranked, that would be huge for their confidence.

TCU has three conference wins. Two of them are against a top 25 ranked Oklahoma State. It makes no sense but you have to respect them for trying every game. They should be able to increase their winning streak to 2 against Iowa State before playing a much better team in Texas.

With the two losses this past week, Kansas State has last ten in a row. They kept the Texas Tech game close into the second half, but they just don’t know how to win games. This streak will probably continue this week, but Kansas State will play to win regardless.

Iowa State still doesn’t have that conference win, but they got pretty close twice against two unexpected opponents, losing to two top 15 teams by less than double digits. It seems like one week, Iowa State will lose to a quality team by 3 points then the next week will lose by 40. They have their best chances of the season left this week, taking on the 7th and 8th best teams in the Big 12 in hopes of finally adding a number to the win column.