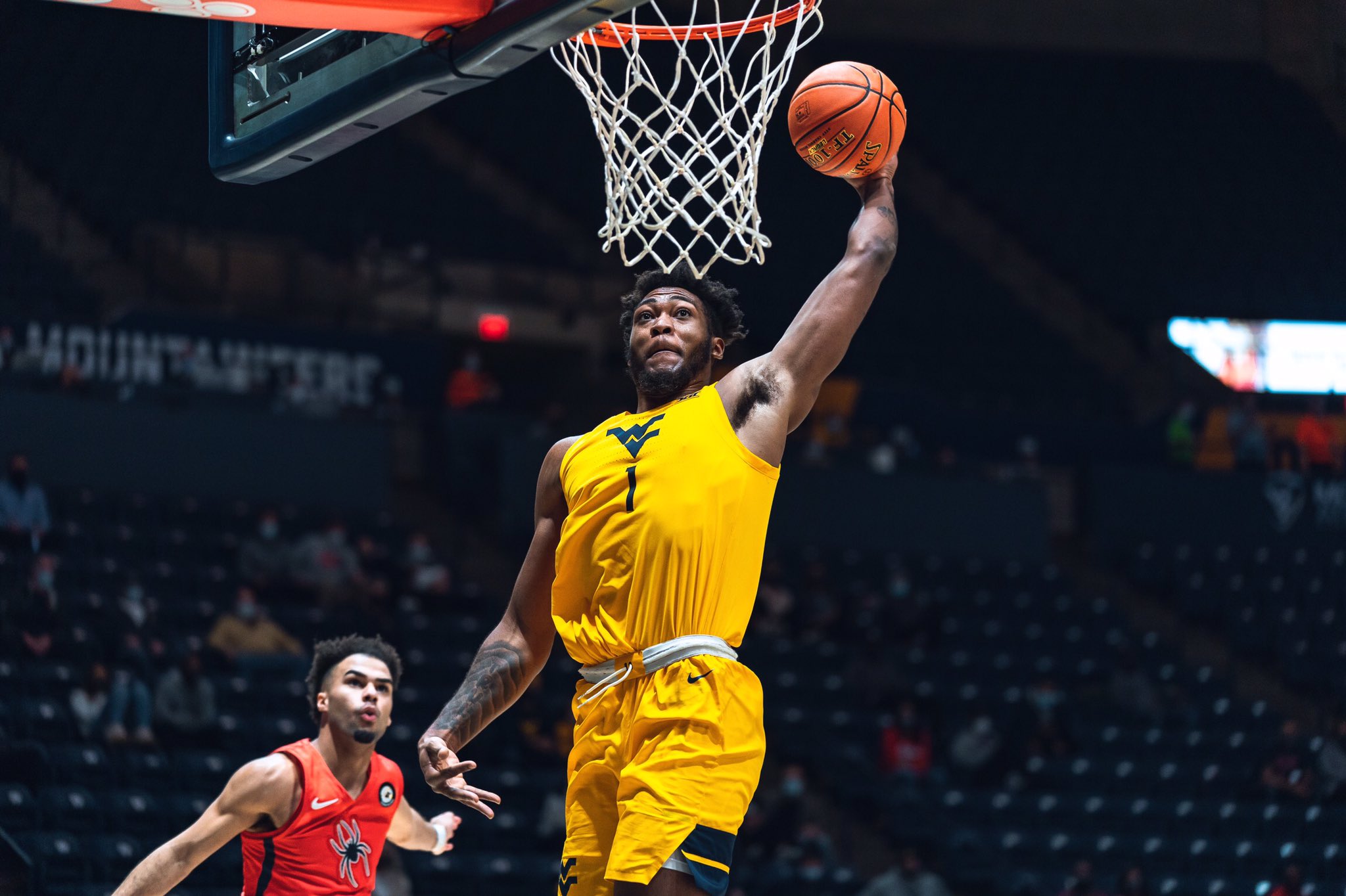 Baylor has been very unfortunate with two games last week being cancelled and one game next week being cancelled. This Baylor team is still looking dangerous with a dominant win against a then undefeated Stephen F. Austin. Baylor doesn’t play a serious threat for the next month thanks to the postponements of the Gonzaga and Texas games. so barring a major upset, they should remain in the top spot and undefeated for a while.

Right as Kansas was about to pass West Virginia in the power rankings following a few close games against Georgetown last week and UNT this week, the Mountaineers came out and absolutely dominated the Richmond Spiders. McBride and Culver have been leading the way, and they will welcome a game vs Iowa State before a tough road game at Kansas in two weeks.

In third in the Big 12 Basketball Power Rankings are the Kansas Jayhawks. Kansas saw all the doubters after the slow start to the season and silenced all of them with their win against Creighton. It looks like this team is starting to find their identity, and they have a lot of guys who can contribute on any night. Jalen Wilson continues to impress and David McCormack is slowly getting better. They get another great test against Texas Tech on Thursday in a game that always causes excitement.

Texas dropping in the power rankings is in no way their fault, Kansas just jumped them because of their weeks performance. Having the Baylor game postponed is a big loss for this team that are really trying to prove how good they are, but they’ll have another chance to show that on Sunday against a surprisingly undefeated Oklahoma State.

Oklahoma State has been one of the more surprising teams in college basketball this season. With the postseason ban many thought they wouldn’t be competing at this level with nothing to play for, but they have done just the opposite. They added another quality win to their resume with a win against Wichita State and head into conference play undefeated. If Cade Cunningham keeps playing at this level, then this team can be dangerous and may upset a few teams in front of them. They should be able to take care of TCU, but the game against Texas on Sunday will be a huge indicator of how good they can be this season.

The only person to blame for Texas being this low on the Big 12 Basketball Power Rankings is the scheduling coordinator. While all other teams in the standings have faced tough non-conference opponents to boost their resumes, Texas Tech has been beating up on low mid-major schools. They have looked good in those wins, but it is hard to evaluate how good they are because their only difficult game they lost. Their matchup on Thursday against Kansas is a huge game and a great test for this Red Raider team.

Coming in at #7 in the Big 12 Basketball Power Rankings are the Sooners. They suffered an ugly loss against undefeated Xavier, but they are still better than the three teams under them. After their matchup against Houston Baptist on Saturday, they have a brutal schedule of Texas Tech, West Virginia, Baylor, and then Kansas so they’ll need an easy one before that rough patch.

This TCU team is a boom or bust team, which makes them very sneaky and could upset a few teams like they did last year. They lost to a good providence team, but then dominated a good Texas A&M team, making this team very unknown of what they’re going to bring on any given night. There’s no better way to show that than a game against Oklahoma State, where their star guard RJ Nembhard will go against Oklahoma State’s star guard Cade Cunningham.

Iowa State made headlines this week, but for the wrong reason as Player of the Year frontrunner, Luka Garza had one of the best games in recent college basketball history against them. They have a busy week ahead of them with three games in five days including a battle for the bottom against Kansas State and a tough test against West Virginia.

Coming in at last in the Big 12 Power Rankings is once again Kansas State. As if things couldn’t get any worse for them, they suffered a loss last week against Division II Fort Hays State. Not only did they lose, but they were dominated. The good news is with the win against Milwaukee, they have a better record than Kentucky, but still, nothing to brag about. They have a big game against Iowa State to try to jump them in the Power Rankings before a nightmare matchup against Baylor.