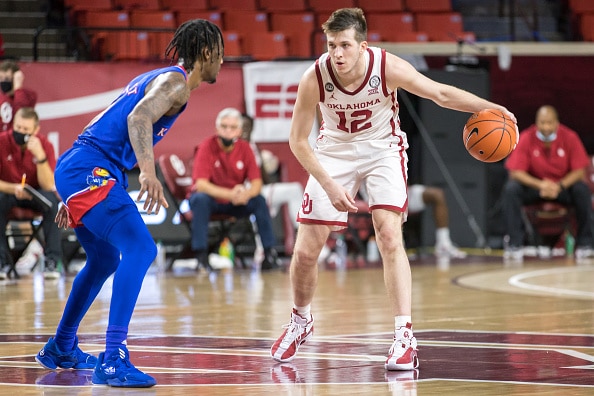 Baylor is really starting to prove that they can go unbeaten this season. They are now 14-0 and are looking better and better every week. Jared Butler has emerged as a top 3 player of the year candidate after his performance the past few weeks, especially after scoring 52 points combined in the past two. Baylor has an easy game ahead against K State before taking on an Auburn team that has looked sneaky good since 5-Star Sharife Cooper was deemed eligible.

Texas has enjoyed a long break after both games were postponed due to COVID reasons from their two opponents, and with Head Coach Shaka Smart testing positive monday morning they may see that break extended. The school and Big 12 haven’t made an announcement on whether the games will be played this week or not but if so they have a tough matchup against a rising Oklahoma team. The Kentucky game should be a much easier matchup, but you can never count out Coach Cal in a big game.

Like Texas, the Red Raiders had both their games postponed last week. This week, they’re in for a treat when they take on West Virginia team that are trying to prove their belonging in the Big 12 contenders conversation. In the SEC/ Big 12 game, they’ll face an LSU team that is good, but suffered a loss to Kentucky last week which nowadays is a bad loss. This will be a big week for a Tech team that needs all the resume wins they can get to get onto that three or even two line come March.

There are few teams colder than the Kansas Jayhawks right now. They have lost three in a row, and don’t look like the team we saw in December. Whether it’s a starting lineup change or changing up the offensive mindset, Coach Self needs to figure out how to put the Jayhawks back in the win column. Their game against TCU should be an easy matchup before taking on a Tennessee team that is equally cold to Kansas.

After having three straight games postponed, West Virginia looked strong in their return to action with a 22 point win against Kansas State. Unfortunately, the games this week for them are going to be a lot harder, starting with that Texas Tech team that continues to rise in the rankings. Florida is also a sneaky team that has improved, so Derek Culver and Miles McBride are going to have to play very well against both teams.

The difference between Oklahoma and Oklahoma State for this spot is very slim, but both team’s performances against the teams above them put Oklahoma State slightly above. The Cowboys did lose to Baylor by 15, but the score really doesn’t reflect how the game went as the game was neck and neck for most of the game until the very end and they didn’t have their star Cade Cunningham. Every college basketball fan is praying that Oklahoma State is ruled eligible for the NCAA Tournament because this team is super fun and has the potential to make a deep run. They have a simple game against Iowa State before facing an Arkansas team that has struggled in conference play.

Oklahoma being #7 in the power rankings proves how good the Big 12 is, as they would most likely be top 3 in every other conference except the Big Ten. Oklahoma swept the Kansas teams last week and have gone to a fringe tournament team to a lock in the past few weeks. This week is going to be extremely difficult, taking on two top ten teams. If they can win one of these two, then Oklahoma should be seen as a Sweet 16 type team and one to avoid in March.

TCU got lucky having two games against top 15 teams postponed after Head Coach Jamie Dixon tested positive for COVID-19. Unfortunately, they face two more this week, including a road game against a Kansas team that beat them by nearly 30 at home last time they played. Barring a surprising improvement, this TCU team will most likely stay in the 8 spot the rest of the season.

Kansas State has now lost six in a row and have lost their last three by 15 or more. There isn’t much to say about this team except that they have very little to play for this season, and are seen as a bye game for teams now like Iowa State. Texas A&M is probably one of their best matches the rest of the season, so keep an eye on that one for Saturday.

Iowa State have had their last four games postponed and haven’t played in over two weeks. Playing Oklahoma State in their first game back probably won’t end up well for them and at this point they’re just trying to win one game so they don’t finish with a 0 win conference record.