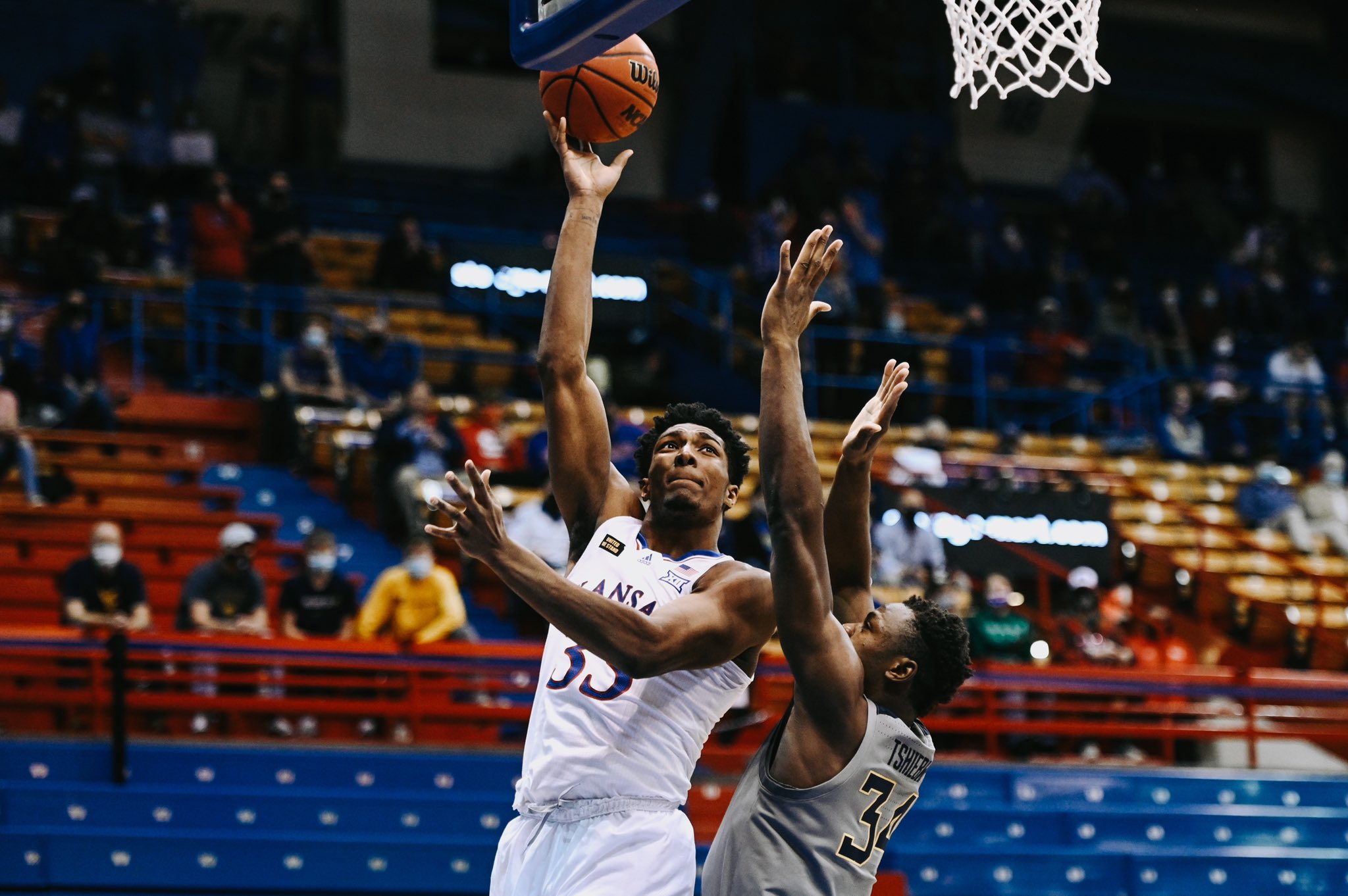 This may be a surprise for many to see Kansas at #1 instead of Baylor, but they deserve it after that win against West Virginia. When Jalen Wilson, Ochai Agbaji, and Christian Braun are all playing well as we saw in that game, they are a tough team to beat. Their next big test will come on Saturday in another top ten matchups against Texas.

We all know how good Baylor is and that they are a top 2 team in the country, but with only one good win this season against Illinois while a team like Kansas has three, it is hard to put them number 1. Baylor will continue with this easy schedule with a matchup against 1-6 Central Arkansas and the worst team in the Big 12 next week. As long as they keep blowing teams out, they’ll earn the respect of college basketball fans, but they don’t play a serious contender in the Big 12 until January 12th.

Texas has a long time to prep for this monumental game against Kansas. With their game against Texas A&M CC being cancelled, they have 13 days of rest in between games, which might help or hurt them. If they win this game, there is no doubt they can jump into that #1 spot in the Big 12 Basketball Power Rankings, but it won’t be easy as this Kansas team is one of the best in the country right now.

West Virginia continues to slide in the rankings after another disappointing week. West Virginia got completely outplayed last week, and if it wasn’t for a career shooting night by McNeil, the score would have been a lot worse. Oscar Tschiebwe has really struggled this year, and they need him to pick it up if they want to compete for the Big 12 title. West Virginia has a chance to get back on its feet with two easier games this week.

Texas Tech still shows signs of concerns after another close game in which they almost blew their lead in the last seconds. They still haven’t proved themselves, with this being their best win of the season, but as long as they’re winning it doesn’t matter. Chris Beard always finds a way to win and they will need that against another tricky opponent in Oklahoma State on Saturday.

TCU played a close one against a not very good North Dakota State team, but apparently, they are better than we think after nearly upsetting Kansas, Creighton, and now TCU. The guard combo of RJ Nembhard and Mike Miles has played terrific and will need to continue to do so for TCU. As mentioned on “The Review”, the CBB Review podcast, TCU can beat a couple of the teams ahead of them and can be a sneaky team in the Big 12. They have an easy two-game stretch for a chance to increase their winning streak this week.

Coming in at #7 in this week’s Big 12 Basketball Power Rankings are Oklahoma. They were a missed layup away from sending this game into overtime and looked like a strong team in that loss to Oklahoma. Their next three games are all against top 10 teams starting with West Virginia on Saturday, and if they can play them close or even win one of those games then they will be seen as a serious threat in the Big 12.

Oklahoma State had a long time to rest before this critical matchup against Texas Tech. They face West Virginia after this, so a loss against both would put them at 0-4 in the conference which is far from ideal. If a second player can step up and support Cade Cunningham, Oklahoma State can beat this Texas Tech team, but if not then Oklahoma State will have to wait a lot longer to get that first conference win.

Remaining in the 9 spot in the Big 12 Basketball Power Rankings are the Kansas State Wildcats. They are definitely improving after the earlier loss against Fort Hays State, and the freshmen are showing signs of potential. The Omaha game doesn’t have much significance but if Kansas State can take down TCU at home, they will earn a lot of respect in the community.

Iowa State isn’t going to have a very fun week. Baylor should beat them pretty easily, so they should see this as a time to put their younger players in this game to develop and improve. This won’t be a season that Iowa State wins many games, so they should develop their young players as much as possible so that next year, the lineup is looking a little better.