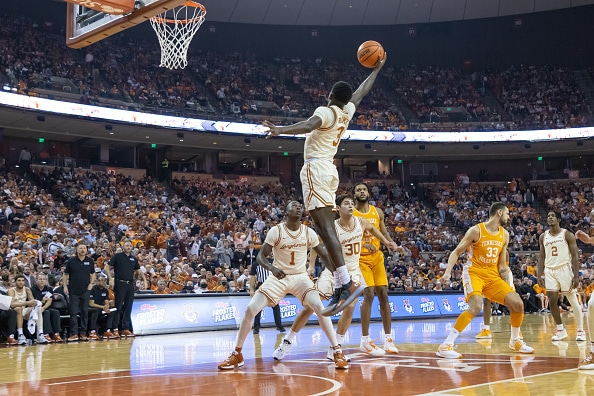 Matchup of the week: Texas vs Texas Tech

Texas Tech had quite the Monday night, taking Kansas to double overtime on the road before falling. They then followed up with a dominant win over Mississippi St for one of the few wins the Big 12 had on Saturday. This team continues to prove how legit they are both offensively and especially defensively, and while many people may think Baylor is the team to beat in the Big 12, it should be this team. Up next, the game all Red Raiders fans had circled on their calendar since October, the Chris Beard return game.

Baylor had a chance to jump to #1 this week but suffered the road loss to Alabama, who may have the weirdest resume in the country. This team is looking healthy, which is great news, and they’ll need to be 100% when they take on Kansas at home this Saturday, a rematch of last year when Kansas handed them their first and only regular-season loss.

And you know the first stop had to be Allen Fieldhouse. pic.twitter.com/SmlFqvOTZN

What a week it was for the Jayhawks. First, they play in what might be the game of the year and pull off the massive win in double overtime to boost their resume and confidence. This was followed by an absolute blowout at home against Kentucky where they looked like a team that didn’t want to be there. There is some obvious concern surrounding Kansas after that game, but there is still a lot of confidence in this team. They get back-to-back Top 25 matchups once again, another great opportunity to boost their resume.

This week, we finally saw a Texas team that could be a problem in March. They had two major issues heading into the week, winning on the road and beating ranked opponents. They did both, crushing TCU then pulling off the home win against Tennessee. The defense continues to be solid, and the offense showed its capability against TCU. Let’s see if they can ride this momentum into February when they take on a Texas Tech team who wants nothing more than to beat Chris Beard, and an Iowa State team that has also gained some momentum this week.

TCU redeemed its bad loss to Texas by pulling off the upset and defeating LSU at home for the Big 12 basketball’s best win on Saturday. Consistency has remained a slight issue, but they have proven that they are capable of being a good team and one that can win a game in March. They have a much easier week upcoming when they take on Oklahoma and Kansas State.

Iowa State made history this week, breaking their 24 game Big 12 basketball road losing streak. They followed this with an easy win against Missouri. While last week was a “bye week” in the Big 12, they get a real test when they welcome Kansas to Ames in a rematch of the game they lost in the final seconds a few weeks ago, followed by a rematch against Texas where they beat them on their home court.

Oklahoma took a beating from Auburn as expected, but did pull out a road win against West Virginia this week. They still remain a tournament lock at this point but will need to pick it up. This week is extremely important because after this they have Texas Tech twice, Kansas, Texas, and Iowa State their next five games.

Oklahoma State went 0-2 on the week, extending their losing streak to 3 games. The Cowboys have four straight games upcoming against unranked teams, so they are hoping to pick up a few wins there. A bright spot was Avery Anderson scoring 34 points in their loss to Iowa State. If they can get him more involved in the offense, good things will come.

With back-to-back losses, Kansas State’s at large chances keep getting slimmer and slimmer. The good news for them is they still play Baylor, Kansas, Iowa State twice, and Texas Tech for a chance to get some quality wins. If the rest of the season looks more like last week and not the previous weeks before where they were playing close games, then Kansas State fans should expect a quiet mid-March.

The West Virginia losing streak extends to five games, as hope for an at-large bid is slowly dwindling away. They remain in the bracket in the four bracketology, but with games against Baylor and Texas Tech this week, unless they win one a seven-game losing streak won’t be taken too well. After leading West Virginia in scoring in eight of the 12 non-conference games to start the season, Taz Sherman has only led in scoring once out of the last eight games. They need to get him more involved in the offense if they want to be in a situation to win, or they will remain at the bottom of the Big 12 basketball power rankings.