What’s In A Cinderella? Who Could It Be This Year? 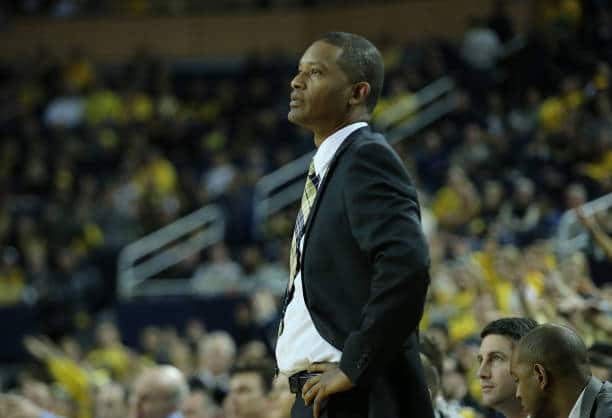 Being a Cinderella isn’t easy, even if it happens each year. Here’s who has the best chance in 2022.

Something that’s a part of every March Madness, whether you like it for the sake of your bracket or not, are upsets. Whenever a team can pull off numerous upsets there becomes a certain hype around them in the media. There are so many factors that go into any Cinderella story that is repetitive. Recently Oral Roberts, Loyola Chicago, and Florida Gulf Coast have all made runs into the Sweet Sixteen or deeper.

The three keys to making a run

Shooting is a must for any team, especially small mid-majors. The 2018 Loyola-Chicago team ranked third in field goal percentage and 20th in three-point percentage.

Last year’s Oral Roberts squad was 16th in the country at shooting threes and sixth in attempts. Obviously having Max Abmas helped a lot. Without having a terrific shooter or an overall well-shooting team, it’s hard to make a run in March.

Seniority leadership is also a must. If a team has too many young guys without an upperclassman, no matter how high of a seed, they are almost always doomed to fall short (Carmelo Anthony was an exception).

That Ramblers team that was so special had five of their top six scorers as upperclassmen with three of those five being seniors.

Oral Roberts was an interesting case where although they has Abmas as a sophomore being the leader of the team, they also had two important upperclassmen in RJ Glasper and Kevin Obanor who would do the dirty work and make huge plays in games against Ohio State and Florida.

Florida Gulf Coast had two of their upperclassmen dominate games in and out. Sherwood Brown and Chase Fieler helped to manage “Dunk City” on the court and in the locker room.

Finally, a team must have a competent big man. Just someone who can be a rim protector and play in the post as needed. Obviously, you can’t expect a mid-major to have a Kofi Cockburn, Hunter Dickinson, Oscar Tshiebwe, etc. But they need someone who will do all of the grunt work and hold down the fort as needed.

Loyola-Chicago had Cameron Krutwig, Oral Roberts had Obanor, and FGCU had Fieler. While the three players previously mentioned were very good, they were not the first option on their teams offensively. A Cinderella-esc team must have someone capable of handling the fundamental side of basketball.

Who’s this year’s Cinderella based on those metrics?

While there are numerous teams that may meet all the requirements there’s one team in mind that has the most upset potential for the NCAA tournament.

That team is the Chattanooga Mocs. The Mocs are currently the number one team in the Southern Conference and they are loaded.

The Mocs shoot a very good 47.3% from the field along with 36.2% from deep. A huge part of that has to be credited to the star sophomore guard from Belleville, Illinois, Malachi Smith, who is averaging 21.4 points per game. Smith has been a killer this year and whenever he’s hot it could result in a game-changing run for his Mocs.

For the upperclassmen leadership, along with Smith, Chattanooga has David Jean-Baptiste. A fifth-year senior guard on the shorter side, Jean-Baptiste plays strong defense and scores the ball at an efficient rate.

Jean-Baptiste averages 14.5 points per game to go along with his 2.5 rebounds and 1.3 steals. Playing nearly 33 minutes a game will make any player tired but he stays consistent and protects the ball averaging 2.4 assists to 1.8 turnovers. As a team, this Mocs squad does turn the ball over 10.9 times per game, which they do need to clean up a bit.

As for the capable big man, Silvio De Sousa handles that role incredibly well. De Sousa does the dirty work averaging 11.7 points per game to go along with 6.9 rebounds. The former Kansas Jayhawk has performed exactly how coach Lamont Paris wanted him to. The only flaw in his game is going De Sousa’s problem with getting in foul trouble, which can result in his team playing more conservatively. If De Sousa can work on this and mature slightly in a shorter period of time the Mocs will surely be a team no team wants to be matched up against in the Big Dance.

One thought on “What’s In A Cinderella? Who Could It Be This Year?”