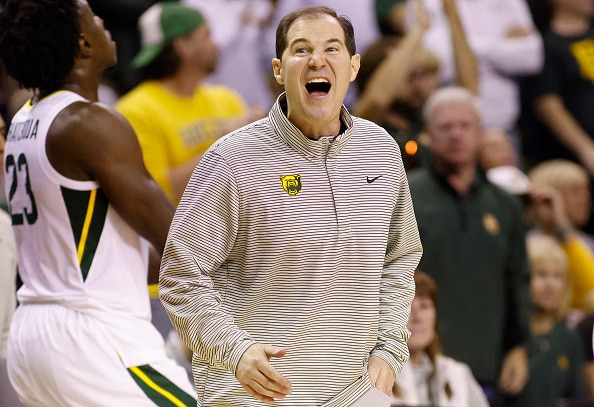 Zero movement in the Big 12 basketball power rankings after an undefeated week across the conference.

Matchup of the week: Baylor vs Iowa State

Sneaky good matchup of the week: West Virginia vs Texas

Baylor will enter 2022 as the #1 team in the country after the CBB Review and AP Polls both listed them in the top spot in their weekly poll. Their reward, a top 10 matchup against one of the last undefeated teams in the country, Iowa State on the road on New Year’s Day. Right now, Baylor looks like the team to beat in the Big 12 and the whole country, but a rigorous Big 12 schedule will allow us to determine if this will hold come March.

Heading into this week, there are only five undefeated teams and four teams with 12 wins. Iowa State is both. They head into 2022 as the surprise team in the country, however, there are still a lot of critics due to the odd jump from last season to this. Iowa State will have a chance to prove to these haters they can be a threat on Saturday when they take on Baylor.

The #KUbball game vs. Harvard scheduled on Wednesday, December 29, has been canceled because of a combination of injuries and positive COVID-19 tests within the Harvard program.

The game will not be rescheduled this season.

The Jayhawks can’t catch a break, with Colorado canceling their game against them for COVID reasons, and then Harvard doing the same, meaning they won’t play for two whole weeks ahead of the TCU game. Kansas has said they are seeking a replacement game, but if not they will welcome TCU to Allen Fieldhouse on Saturday in hopes of starting a new Big 12 champion streak.

West Virginia took care of Youngstown State last week and now look forward to their biggest game of the year so far, a road game against Texas. This West Virginia team continues to show time after time they are a legitimate team and no better way to prove that than a road win against a top 20 win to start off the new year.

Texas Tech took care of Eastern Washington, and will most likely do the same with Alabama State. They take on the bottom feeder of the Big 12 currently but a good team nonetheless in Oklahoma State on Saturday. Texas Tech is a great team but still doesn’t have the resume to show why they deserve to be in a high position. They have three straight games against Iowa State, Kansas, and Baylor after the OK State game to prove so.

Texas has probably been the most disappointing Big 12 team this season, but perhaps the new year will get them back on track, they take on West Virginia on Saturday in a test that can prove they’re a top dog in the conference.

TCU heads into 2022 with an impressive record at 10-1 but has a tough road ahead. It will be interesting to see if TCU can keep up this pace and be a middle-of-the-pack team or revert back to last season, where the only teams they could beat on a consistent basis were the ones below them.

Only beating a 3-9 McNeese by 15 could be a cause for concern, but a win is a win. They kick off 2022 by traveling to Norman to take on Oklahoma in what could be a tight matchup, but they will need to bring their A-game if they want to stand a chance.

Oklahoma State got a week off and didn’t have to take on unbeaten USC, only to be gifted with another Top 25 team in Texas Tech. It is hard to really know what to expect from this team, but perhaps the beginning of conference play will allow everyone to get a feel of what this team is and isn’t capable of.