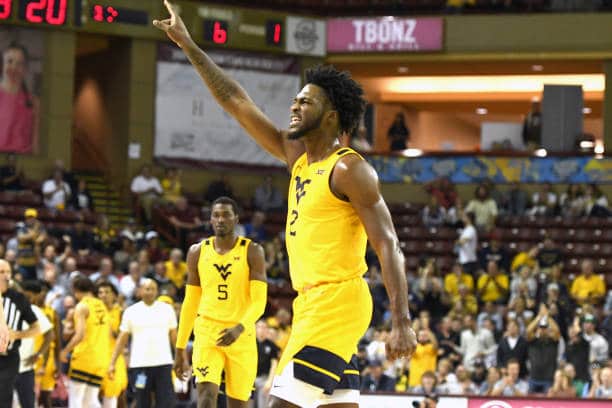 Matchup of the week: Texas Tech vs Eastern Washington

Baylor finally got a tough test, with Oregon keeping it close for most of the game on their home floor, but Baylor was able to pull it out and extend the winning streak. Kendall Brown showed his freakish athleticism in this one and Scott Drew continues to ensure his teams end up in the win category when the clock hits zero. They have an easy week, taking on Alcorn State on Monday then getting an 8-day break.

Fans of teams below Iowa State, until Iowa State loses a game, they won’t be jumped by your favorite team. They still have those four quality wins against some really solid teams and the zero in the loss column puts them amongst the elite this late into the season. They play one of the worst teams in the country this week before a long Christmas break.

Kansas might have packed their bags to Boulder too early, as they let SF Austin almost pull off a major upset at Allen Fieldhouse. Ultimately, they came out on top to improve to 9-1. Jalen Wilson finally played well, but they are still looking for something from McCormack, who has regressed more and more each game. Kansas gets their second true road game of the season this week.

It’s time to start taking West Virginia seriously. This team is now 10-1 and just took down one of the better mid-majors in the whole country. Taz Sherman is playing like an All-Big 12 first-teamer, and the Mountaineers find themselves closer to the top of the standings than the bottom come March.

The score doesn’t really reflect the performance of Texas Tech; they kept this game close until the end. They also played without their star player Terrence Shannon, so in a what-if world who knows what the result would have been had he played. Either way, this team is still a threat on both sides of the court and a tricky matchup for any team they play. They still lack a few quality wins, so they will have to rely on Big 12 play to do so.

Oklahoma had an easy week and will have another this week. There’s not much to say other than they are doing what needs to be done and should be able to do so until conference play.

Texas finally got a more respectable win over Stanford, although it still isn’t going to solve most questions about the Longhorns. The offense still seems out of sorts, which is a problem considering how many offensive stars Chris Beard’s team boasts. It’ll likely turn around, but it is almost January.

I bet not many people expected TCU to sit at 10-1, but here we are. They continue to beat Power 6 opponents and they aren’t necessarily viewed as a top dog, they are by no means a bottom feeder in the Big 12. They get a smaller scale matchup this week after three straight Power 6 opponents.

Even though Nebraska isn’t a team that pushes the needle much, it was a good win for a Kansas State team trying to regain some sort of composure as a program. Defense was once again the theme of the win and if the Wildcats want to be a serious contender in the Big 12 that will have to continue.

Oklahoma State fights hard, and we saw it in both games this week, however ending in different results. This team has a gauntlet of death (see above tweet), and will need to play their butts off just to not reach .500. They have a week off after their game against USC got canceled.