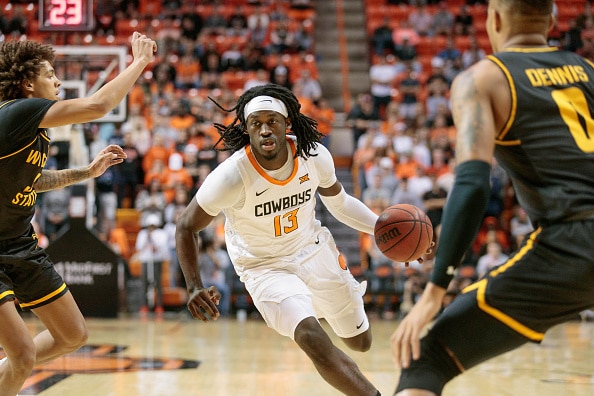 Matchup to watch: Villanova vs Baylor

Sneaky Good Matchup of the week: Kansas State vs Marquette

Baylor cruised through an easy week, with only one game played, and a 45 point blowout at that. LJ Cryer continues to prove to be the top guy for Baylor, and he’ll need to be that guy on Sunday when they take on Villanova. They’ll have 8 days to prepare, but Baylor’s first major test will give us a chance to see whether this team is a legitimate title threat.

If you know anyone who plays for the Arkansas Pine-Bluff basketball team, check on them, because they had to take on two of the best teams in the country in the same week. At the time of writing this, there are 12 undefeated teams left in the country, and Iowa State is one of them. It hasn’t been an easy one, as they’ve had one of the hardest schedules in the Big 12, and added another key win with a road victory against a solid Creighton team. The competition doesn’t stop here, as they take on in-state rivals Iowa on Thursday after Iowa nearly beat the top team in the country Purdue without their best player.

This was a great week for Kansas. They won handily against St Johns, Dayton is on a five-game winning streak making that loss look better, and they no longer have the biggest upset of the season (thanks BYU). Christian Braun is playing at his highest level of basketball in his career right now, and Ochai Agbaji continues to light up the scoreboard. Once Jalen Wilson gets back into form and David McCormack returns to a plus basketball player, teams are going to have a lot of problems with Kansas. They take on what should be two easy teams this week, but never count out a good game in the border war.

Porter Moser is coaching up an absolute storm in Norman, and Oklahoma keeps winning no matter how big the opponent. The Florida team they just took down was one of the strongest in the country, and the Sooners are slowly earning respect around the country as a team to fear. If they can go 2-0 this week, especially against an undefeated Arkansas team, then it will be time to start talking about Oklahoma and how far of a run they can make in March.

Texas’ ranking is thanks to whoever is in charge of scheduling. They’ve really only faced 1.5 quality teams in Gonzaga and Cal Baptist, and that one being a loss doesn’t help. We know how good this Texas team is, they just haven’t been able to show it against good competition thanks to their light nonconference schedule up to now. Their first test since Gonzaga takes place this week when they head to Seton Hall in a top 25 matchup.

The Mountaineers had a very quiet week, with an easy win being the only outcome. They have a matchup against a really strong Uconn team ahead, and they’ll need someone else besides Taz Sherman to step up to defeat the Huskies.

Texas Tech finally played a real opponent… and lost. Texas Tech’s current best win is against Prarie View A&M, who is ranked 276th of 358 in Haslametrics. That’s just not enough to impress anyone as we near conference play. Luckily, they’ll have a chance to redeem themselves and show the public how talented they are against Tennessee. If they can’t perform in this one, then there will definitely be concern about the legitimacy of this team.

The crazy thing about Kansas State right now is if they were in the ACC, Pac 12, or possibly even the Big Ten they’d be in the Top 5 of their conference. Unfortunately, the Big 12 has been incredible this season and the two losses bump them down to 8. The Wildcats gutted one out against Wichita State and came out on top, and get a perfect matchup against Marquette this week. If they can knock off Marquette, K State can quietly build a resume to get into the tournament when the time comes with that win over Wichita State and narrow losses to Arkansas and Illinois.

TCU did what needed to be done this week, beating Oral Roberts by 8 which earned them the spot above Oklahoma State, who only beat them by one in overtime the week prior. TCU has not shown much impressiveness up to now but are winning games which is what matters in the end. They’ll have their opportunity this week when they take on two Power 6 opponents.

Oklahoma State had a brutal week, going 0-2 albeit to good teams. They are the only team in the Big 12 with three losses and are really struggling right now. Perhaps a week off is what they need to turn around the ship but there are a lot more questions than answers at the moment with this team.