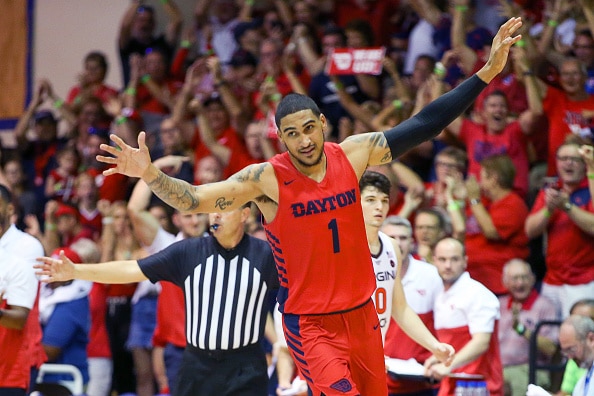 This past year has presented itself with many challenges across the world, but for college basketball players it certainly has been different than previous seasons. Without a March Madness Tournament, there was a lot of uncertainty throughout the nation, and a lot of questions were raised, but stars rose and took advantage of what was going on and used it to grow themselves. Here are the Top 5 College Basketball Players in 2020

In his senior year, Winston went through a lot personally with the loss of his brother, but he continued to push through and be one of the best Point Guards in the nation. After his 4 years at Michigan State, Winston was Top 20 in the nation in Assist Rate. Right before March Madness and the Big Ten Tournament was cancelled, Winston led the Spartans on a 5 game winning streak; looking really hopeful for March Madness.

In his senior season, Pritchard was an absolute stud averaging 20 points per game and 5 assists per game, both career highs. He really put Oregon on the map once again in college basketball and was must-see TV last season for the Ducks. He brought a lot of momentum late in February before cancelations, so it would have been amazing to see what he brought to the table come Tournament time. One of his more memorable games came last season when he dropped 38 points against Arizona State. Pritchard was All American, PAC 12 Player of the Year, and Bob Cousy Point Guard of the Year.

Coming off of last season averaging 16 points per game and 3 assists per game, he has turned into one of the best college basketball players in the nation. Now, Dosunmu is averaging 24 PPG and 5 APG; a star in the making. Last season, he was on the All Big Ten Team, and will be hopefully adding more awards to his resume.

Luka was everyone’s Player of the Year before the season even started. Last season Garza averaged 23 PPG and 9 RPG and took home the Big Ten Player of The Year Award. Now in his Senior year, Garza has averaged 28 PPG and 10 RPG; a double-double per game. It will be interesting to see how the season progresses for Garza, but one thing is for sure, his numbers will only be going up.

Staring the season unranked in 2019, the Dayton Flyers were for sure under the radar, but Toppin emerged averaging 20 PPG and 7 RPG. In his sophomore season, Toppin was awarded with a majority of the biggest awards in College Basketball receiving; AP Play of the Year, Wooden Award, and A-10 Player of the Year.