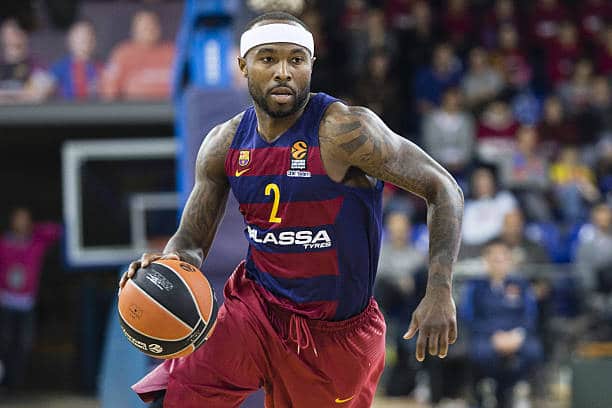 The Gutter Cat Gang is hoping a rebrand and retool of the team will help them make it further than their 2019 semifinal run in The Basketball Tournament. Formerly known as Team Hines the past few years, Gutter Cat Gang boasts a largely new roster with talent everywhere. The one seed in the Omaha region looks to lean on professional talent to make a deep run.

It is no surprise that Tyrese Rice ranks highly among The Basketball Tournament’s best players. The reigning TBT MVP is coming off of leading Boeheim’s Army to the 2021 championship. Gutter Cat Gang will look to lean on his experience and talent to lead them to the championship. Last year he averaged 14.3 points and 3 assists per game while shooting 35.7% from 3. He led the entire tournament in total points scored and will look to do the same again, just with a different squad this time.

Gillenwater was lights out last season in Team Hines’ 2 game run. He averaged only 20.5 minutes per game, but I expect that to go up this season. He averaged 19 points per game while shooting an insane 62.5% from 3. If he can be on fire again this tournament, it would play a huge part in the Gutter Cat Squad making a deep run.

Gutter Cat Gang should be one of the favorites going into The Basketball Tournament. They have a large roster of professional players, with different skill sets that will mesh together. This will also be one of the larger teams at TBT. They have two 6’0 point guards, and then everyone else is at least 6’5.

Kyle Hines and Tyrese Rice are two players that have had deep run success in The Basketball Tournament. They will be relied on to do a little bit of everything for this team. There are lots of new faces making their TBT debut, but they consist of lots of players who have had college and overseas success. Gutter Cat Gang will look to turn this professional success into a TBT championship this summer.