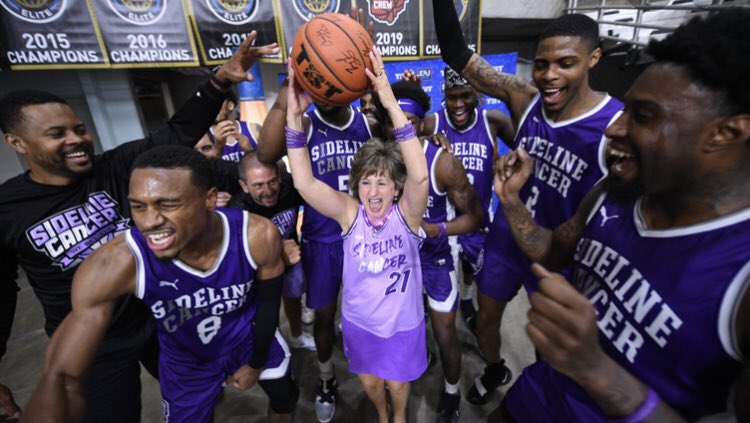 Led by TBT superstar Marcus Keene, Sideline Cancer looks to finally overcome the hurdle at winning it all.

If you have been a fan of The Basketball Tournament for a few years, you remember Marcus Keene’s historic run that propelled an unlikely Sideline Cancer team to the finals. This year, he’s back, and he’s brought a few friends. He’s joined by Mike Daum, one of the best college basketball players of all time and a TBT superstar in his own, as well as notable names in Maurice Creek and C.J Miles.

Here are some of the top players locked in for TBT 2022!

This summer is going to be CRAZY!

Who did we miss? 🤔 pic.twitter.com/t9ThnPdoeT

The TBT Twitter page said it themselves, Marcus Keene is the best player in the tournament and on his team. His ability to score in bunches makes it so hard to gain momentum as an opponent, especially in Elam Ending situations. At 5’9, he doesn’t let his height get to him and will always be extremely dangerous when he is on the court.

CJ Miles might be one of the most recognizable names for NBA fans in The Basketball Tournament thanks to his extended time in the NBA, and a big reason for that is his lethal shooting ability. The question now is at 35 years old if he still has what it takes to be a top guy. If he is making shots and playing at 100%, Sideline Cancer should have an easy path to the finish line. However, if he is more of a situational player, then this team is still more than capable of going all the way but will need just a little more effort.

The graphic says all you need to hear: Sideline Cancer has the top two players in the tournament and the #11 guy.

Oh yeah, they also have Mo Creek, who has built up a TBT resume himself over the past few years. Putting this team as a two-seed is criminal, and they will have that chip on their shoulder throughout the tournament. The one-seed in their region is Florida TNT, which made the semifinals and will look to do so again.

Of course, this tournament is bigger than basketball, as Sideline Cancer serves as a messenger in the ongoing attempt to find a cure for cancer.