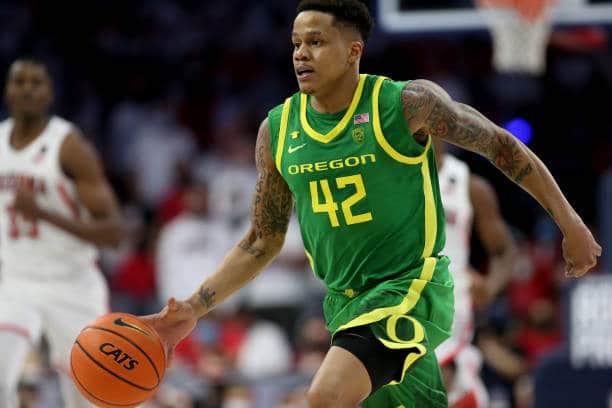 Some of Oregon basketball’s best form one of the top alumni teams in TBT. Always Us looks to get out of the Omaha region and ride that all the way.

Always Us comes back for a second crack at The Basketball Tournament after falling in the second round to Autism Army last go-around. This raft of Ducks has no shortage of athleticism, fueled by Jacob Young. The road in the Omaha region isn’t easy, but the unity of Oregon basketball could pave the way for Always Us to make an even deeper run in TBT 2022.

The Texas, Rutgers, and Oregon product has seen just about everything you can in college basketball, given he spent six years and five seasons in the game. Last year was his best all-around season, so Young’s confidence and talent should make him the go-to player on this team. Most of this Always Us squad is actually a bit older than some alumni teams, so Young’s youth will also have to play a key part in their run in The Basketball Tournament this summer.

Porter is used to being overlooked and even in The Basketball Tournament, which prides itself on getting underrated basketball players a chance to revitalize their careers, Porter will undeniably be overlooked. But the 5’6″ point guard brings quickness and perimeter shooting, which could prove pivotal for an Oregon alumni team that’s biggest overall strength is athleticism and inside play. If the former Pac-12 Tournament MVP can bring it back to the late 2000s, it gives Always Us a much-needed piece that can take them to the next level.

Always Us is one of the oldest teams in TBT this year. While they did add a few recent Oregon alumni, the majority of the roster is made up of guys who last played basketball close to or over a decade ago. In the case of Porter, it’s been a dozen years. While it accounts for some good experience, it also could be a challenge when they go against fresher bodies on other teams.

They’re also placed in a difficult region that features Gutter Cat Gang, Team Arkansas, Omaha Blue Crew, and Team Overtime. All four of those teams have either former or future NBA talent, which Always Us does lack in comparison. But the chemistry and bond of an Oregon alumni team can’t be overlooked.