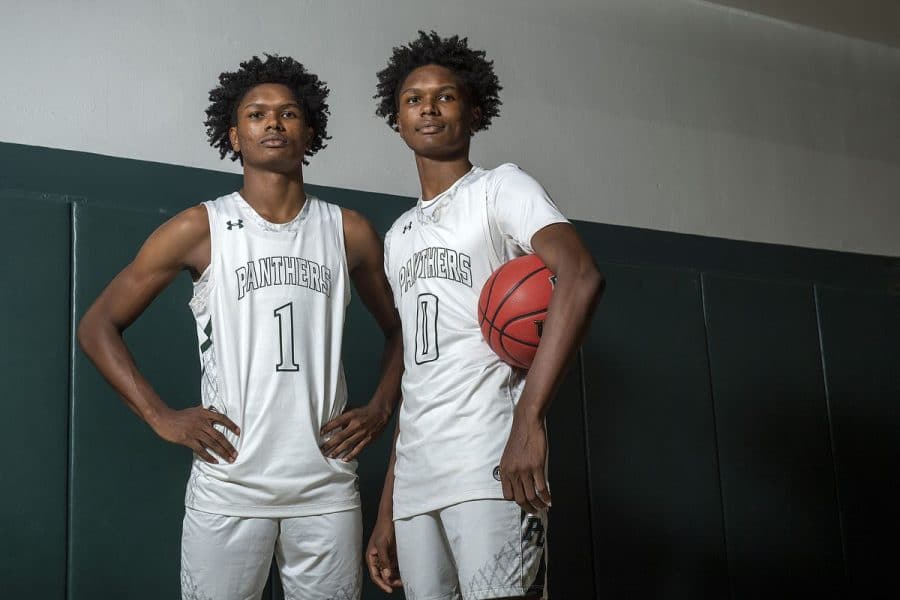 As long as the Thompson twins are on the court, good things will happen for Team Overtime.

The buzz is there for Team Overtime, as projected top 5 picks in next year’s NBA Draft Ausar and Amen Thompson will play for them. The twins both stand at 6’7 guards and can do it all, so if you’re one of those guys who likes to say you say someone before they got big, grab your ticket now.

Jazian Gortman comes in at 54 on this updated mock draft 🔥

Yes, there are eight other members of Team Overtime, but you’d be lying if you said you weren’t tuning in for any other reason but seeing the Thompson twins. The tall guards have great athleticism and can guard all positions on defense. Of course, both are just 19 years old, but if they can overcome the experience gap they can not only enjoy success now but in the future when the draft season comes up.

Like the Thompson twins, Gortman passed on offers from Power 6 schools to go the Overtime Elite route, and he is looking to gain a little draft stock as well. If he can become a clear third option, then it will be extremely difficult to stop all three, but if he is unable to adjust to a higher level of competition then Team Overtime Elite might not have enough firepower to make a run.

This team doesn’t want you to think some high schoolers are trying to leave a mark against current and former pros. They want to prove that Overtime Elite is the future, and no better way to do so than to make noise in The Basketball Tournament. The TBT gods didn’t give them much help though, as they will have to take on the Omaha Blue Crew in Omaha to start it off, then a really good Arkansas team right after potentially. No matter how this round goes, I think we can all expect them to be here again.

One thought on “The Basketball Tournament 2022: Team Overtime Team Profile”