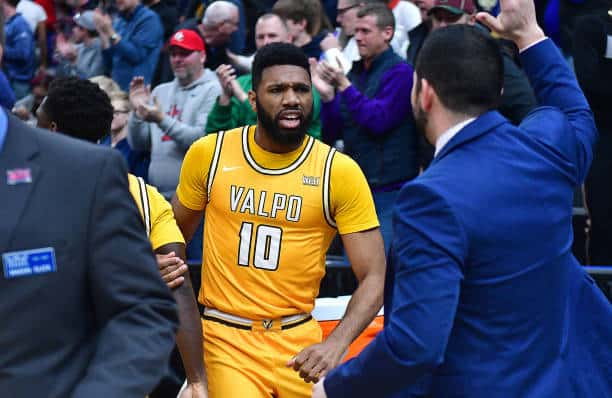 The Cru, a Valpo alumni team, will be making their TBT debut this season.

With almost everyone on the team making their TBT debut, The Cru will look to shock a lot of people as the 8 seed in the Omaha region. They truly are an alumni team with all but four players on the roster having played at Valparaiso University. Look for this team to represent The Region (Northwest Indiana) well.

The former Valpo and Michigan State player has had success overseas. He can put up some points quickly, and he showed that while with the Windy City Bulls. He averaged over 16 points per game in both of his seasons at Valpo. Wood handles the ball very well, and he will be key in setting up the offense for The Cru. I think he may have the ball in his hands a lot, and he will be a big reason if they have success.

Almeida is another overseas veteran. In 10 overseas seasons, he only averaged less than 10 points per game once. He may have to have a large presence in the offense. He is capable of putting up a lot of shots and has shown in his career that he can make them. He will need to get hot from 3 for The Cru to have some success.

The other aspect that makes him an important player is his defense. He has been a very good defender throughout his career, and he may end up guarding the opposing team’s best player more often than not. He has good hands that can cause some disruptions which will be important in TBT.

The Cru start out their tournament against a tough number one seed in team Gutter Cat Gang. They will look to pull off the upset by their overseas veteran presence. They have multiple guys who have had great careers. Brandon Wood and Ivan Almeida, mentioned above, combined with former Michigan State big man Derrick Nix give The Cru a solid core. This is a team that can continue to be built upon going into the future TBTs as well.

The Cru are not worried about the future however. They are concerned with winning it all this year. They have a tough road ahead of them, but they have pieces that could fit together to form an underdog run. Don’t quite count out this Valpo alumni team just yet.