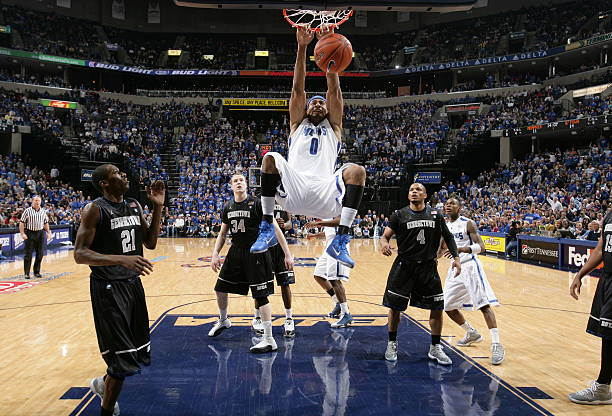 The Jackson TN Underdawgs may only be a 5 seed in the Omaha region, but that is exactly where they want to be. Last season they were the 15 seed in their region and knocked off the number 2 seed in the first round. In 2019 they made it all the way to the Quarterfinals as the 8 seed. In 2016, they knocked off the number 1 seed as the 16 seed. They return 7 players from last years team and will look to rely on their experience to go further than before.

The Jackson TN Underdawgs rely very much on a complete team effort. They are hoping that the addition of Will Coleman will give them a go-to player on offense. He returns for his 4th attempt at TBT, with his last appearance being in 2019. In 2018, he averaged 18.5 points per game, 5 rebounds per game, and 2 blocks per game. He is a physical player and will bang down low. He also has been a solid rim protector. The Underdawgs may put a heavy usage on Coleman, especially when they really need a bucket. One fun thing to note, Coleman has never lost a first round game in his 3 years of playing in TBT.

Last year Hoover struggled for the WoCo Showtime. He only played in one game and shot 1/7 from 3. However, he has been a really good shooter throughout his career, shooting over 40% from 3 in 2 out of his 4 years at Wofford. There is not a ton of shooting on the roster, so Hoover will need to be able to get going. If he can start making some shots, it will open up more driving lanes for some of his teammates to get into. If he does not get his shots to go, it becomes much more difficult for the Jackson TN Underdawgs to score.

The Jackson TN Underdawgs will look to rely on their defense to take them far. This is a team that returned 7 players from last year, but that team struggled to score at times. They are hopeful that the additions of Coleman and Hoover will give them the spark that they need on offense. If those two get going, this becomes a difficult team to beat because of their physicality and aggressiveness.

Jackson TN Underdawgs literally have it in their name. They thrive being the underdogs, and they would not want it any other way. Although there might be a higher seed than previously next to their name, they are not going to be picked by many to go far. They have a tough road this time. They first will take on the Oregon Alum team, Always Us. If they can win that, they will likely play the one seeded Gutter Cat Gang. That will add fuel to their fire, and the Jackson TN Underdawgs are definitely an underdog I would not want to count out. Upsetting higher seeds is just something they do.