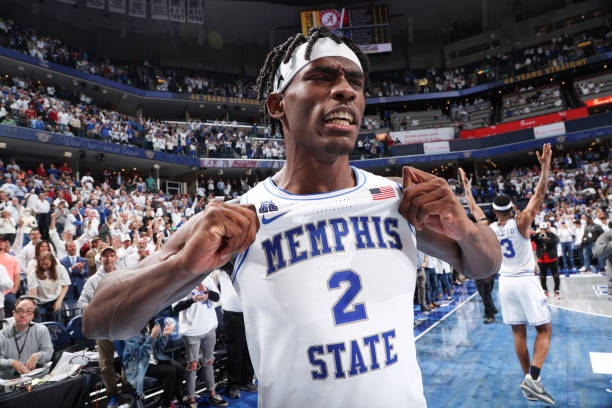 There were quite a few chances for the AAC to grab a few big wins. Unfortunately, the AAC missed a few resume-building wins due to Covid-19 protocols. However, a big win for Memphis basketball over Alabama allowed a boost to the AAC’s resume.

SMU-Evansville CANCELED due to COVID-19 cases and a pause in activities at UE.

Cincinnati basketball had two nice wins against Florida A&M and Ashland University this week. The Bearcats continue to have an extreme hunger for the ball. Cincinnati took care of the ball while moving it well to find open shooters.

Cincinnati basketball does struggle to find consistency on offense among the players. David DeJulius and Jeremiah Davenport remain steady, so the team needs to find some solid forwards to assert themselves consistently. Having a solid player to come in and attack on offense would be an asset to the Bearcats, who continue to hustle after loose balls and grab rebounds. Cincinnati basketball only has one game left before conference play on Tuesday, December 21, against Tennessee Tech at 7 p.m.

East Carolina basketball lost in a difficult matchup against Liberty 74-64. The Flames have had some great matchups this year that led to their losses. The Pirates did not have an answer for the potent offensive weapon of Darius McGhee.

ECU struggled to find a solution for him with Brandon Suggs coming off an injury. The Pirates need to learn how to weather the storm. ECU didn’t seem to find a fight once the team got down, with no player able to step up and bring them back into the contest. The Pirates will have its last non-conference game this week against Southern Miss on Tuesday, December 21 at Noon.

The basket that made @kyleredwards_ a 1,000 Point career scorer

Houston basketball will likely head into American Athletic Conference play ranked which is a massive boost for the AAC. The Cougars had two wins against Louisiana and Oklahoma State.

Houston really has a never-say-quit attitude. In the game against Louisiana, Houston basketball struggled beyond the arc, going 2-for-21. With such a poor shooting day, the Cougars managed to get to the free-throw line, took care of the basketball, and grabbed 21 offensive boards.

Unfortunately, Houston basketball had some sloppy play against the Cowboys but shot the ball significantly better beyond the arc. The Cougars moved the ball well, even with turning it over. Coach Kelvin Sampson continues to work on this team, and it shows in different ways every game.

The Tigers’ defense led to its offense and hit its stride. Memphis had its best minutes with Emoni Bates off the floor. The team circled the talent of Jalen Duren and the experience of Landers Nolley, DeAndre Williams, and Lester Quinones.

Memphis shot the ball well from all areas off the floor and free-throw line.  Unfortunately, Penny Hardaway’s squad missed its second game this week against Tennessee. Its next game won’t be until December 29.

SMU basketball won its lone game against New Mexico 90-72. The big surprise for the Mustangs was the team’s ability to outrebound the Lobos 48-32.

The Mustangs continue to live and die by the three, but Kendric Davis is just so talented. Davis scored a season-high 33 points in Sunday’s game. SMU was supposed to face Evansville on Tuesday, December 21, at 7 p.m. That game was canceled due to protocols as Evansville, which means that SMU has two full weeks to prepare for its American Athletic Conference opener against Tulsa on December 29.

Temple basketball lost its lone matchup to UCF 65-48. Temple’s other game was canceled to COVID protocols for Drexel.

The Owls had success at turning over the Knights. Temple caused 14 turnovers, with seven of them being off of steals. The other surprise was the scoring struggle for both teams in the first half that finished with Temple leading 19-18 at the break. The Owls could not move the ball to find open shots, and when they did, they couldn’t connect from the field. The Owls struggled to score, going 3-of-30 from three-point range and 15-of-56 from the field overall. Temple will host Delaware State on Wednesday, December 22, at 2:30 p.m.

With a COVID outbreak for Tulane, they canceled their games against Texas A&M, Grambling, and this week’s game against New Orleans. The team’s next game will be its conference opener against Memphis on Wednesday, December 29, at 8 p.m.

Tulsa basketball had a nice win against Alcorn State 83-62. However, its second game against Colorado State was canceled due to COVID.

The Golden Hurricane moved the ball so well and exploited Alcorn State off of 15 assists while shooting 51.9% from the field and 47.4% from beyond the arc. While they did well moving the ball, Alcorn State was able to come up with ten steals, and more surprisingly, outrebounded Tulsa basketball on the offensive boards. Tulsa will play North Texas, a preview for when they join the American Athletic Conference in two years, on Tuesday, December 21 at 6:30 p.m.

UCF basketball grabbed its first American Athletic Conference win over Temple 65-48, moving to 7-2 overall. UCF missed out on a good matchup against Florida State due to COVID protocols for FSU.

Against Temple, the Knights had success moving the ball and finding the open shot. They had 11 assists, with eight coming in the second half. Moving the ball has its positives and negatives. The Knights also gave up seven steals to the Owls.

UCF basketball, with all of the talent on the team, also did not seem to utilize the team’s length, only getting three steals and being outrebounded by one. The Knights will host North Alabama on Wednesday, December 22, at 7 p.m.

USF basketball split the week. The Bulls beat Austin Peay 60-61 but lost to Florida 66-55. The Bulls’ slow pace of play allows for a defensive intensity that many teams struggle with. In both games, USF basketball caused 16 and 19 turnovers, 6 and 5 blocks, and 6 and 11 steals.

The intensity is there. The negative side of the Bulls is that the team struggles on offense. The Bulls struggled in both games shooting less than 20% from 3-point range, and isn’t helping itself by not getting second-chance opportunities. USF would benefit from taking notes from Houston, Memphis, and Wichita State on rebounding. USF will play BYU on Wednesday, December 22, at 9:30 p.m.

If there's something Ricky can't do on a basketball court, we haven't found it yet.@Rickythe4th x @ESPNPlus

Wichita State basketball split the week with a nice win over Alcorn State 82-63 and then a tough loss to North Texas 62-52. The Shockers are very locked in when it comes to defense but can not seem to find an offensive rhythm even though they continue to pull in offensive rebounds and find second-chance opportunities.

The Shockers are so stagnating when it comes to the team’s offense. When Wichita State struggled to score in the second half against North Texas, the team went into ISO-mode and hoped Tyson Etienne could bring the team back. North Texas stepped up on defense, but the Shockers helped out by getting sped up. Players ran into the lane against multiple Mean Green defenders and tried to shoot. On offense, the Shockers need to move on ball movement and player movement.

Wichita State needs to continuously move with how deep the bench is to wear out opposing teams. Credit is given to North Texas as Tylor Perry came off the bench and scored 23 points. Wichita State will host Prairie View A&M on Wednesday, December 22, at 6 p.m. CST. Prairie View A&M has yet to win a game this year, so hopefully, the Shockers will take advantage and work on the ball and player movement.

This is the last week before American Athletic Conference play starts. Looking at how the teams have played so far, here is the preview of how the AAC will likely begin the conference season. My preseason ranking before this week is the team and its current record.