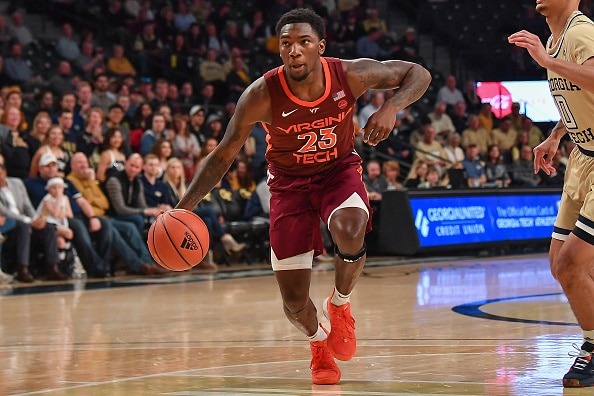 The story tale ending of an ACC Tournament Final between Duke and North Carolina is just a dream, but Coach K will still have the opportunity to hang up the clipboard with a conference crown.

Miami played the Blue Devils tough but could never pull ahead in crunch time. Duke played more physically than the Hurricanes, scoring a whopping 61 points in the paint.

AJ Griffin remained consistent from the field, going 7-12 including four made three-pointers. The freshman lead Duke in scoring with 21, including a clutch free throw to move the Duke lead to two possessions.

Coach K really exploited the size advantage his squad had, using their physicality to easy paint scores. Duke also had nine more rebounds than Miami in the contest. The Blue Devils shot just 26.3% from beyond the arc, and still managed to squeeze out the win.

The Hookies are surely in the field of 68 with their win over North Carolina, which is most impressive considering the implications of the game. A Duke-UNC rubber match for the conference championship in Coach K’s final year? Who would object to that?

Darius Maddox would like to have a word. The sophomore came off the bench, averaging just 6.4 points per contest, and decided this ACC Tournament would be when he broke out of his shell. Maddox, two night after hitting a last second three to lift Va Tech over Clemson, shot 7/12 from the floor, including 4/5 three’s en route to a 20 point outing.

Keve Aluma had a decent game as well, scoring 18 points but shooting just 42% from the field.

Armando Bacot played well, posting a 19 point and 14 rebound double-double. But that was about it. UNC shot just 36.7% from the field, and went 3-26 from beyond the arc. Virginia Tech smothered the Tar Heels and did not give them a chance in the second half.

Duke and Virginia Tech are set to face off in the ACC Tournament Finals tonight, March 12, at 8:30 p.m. EST.