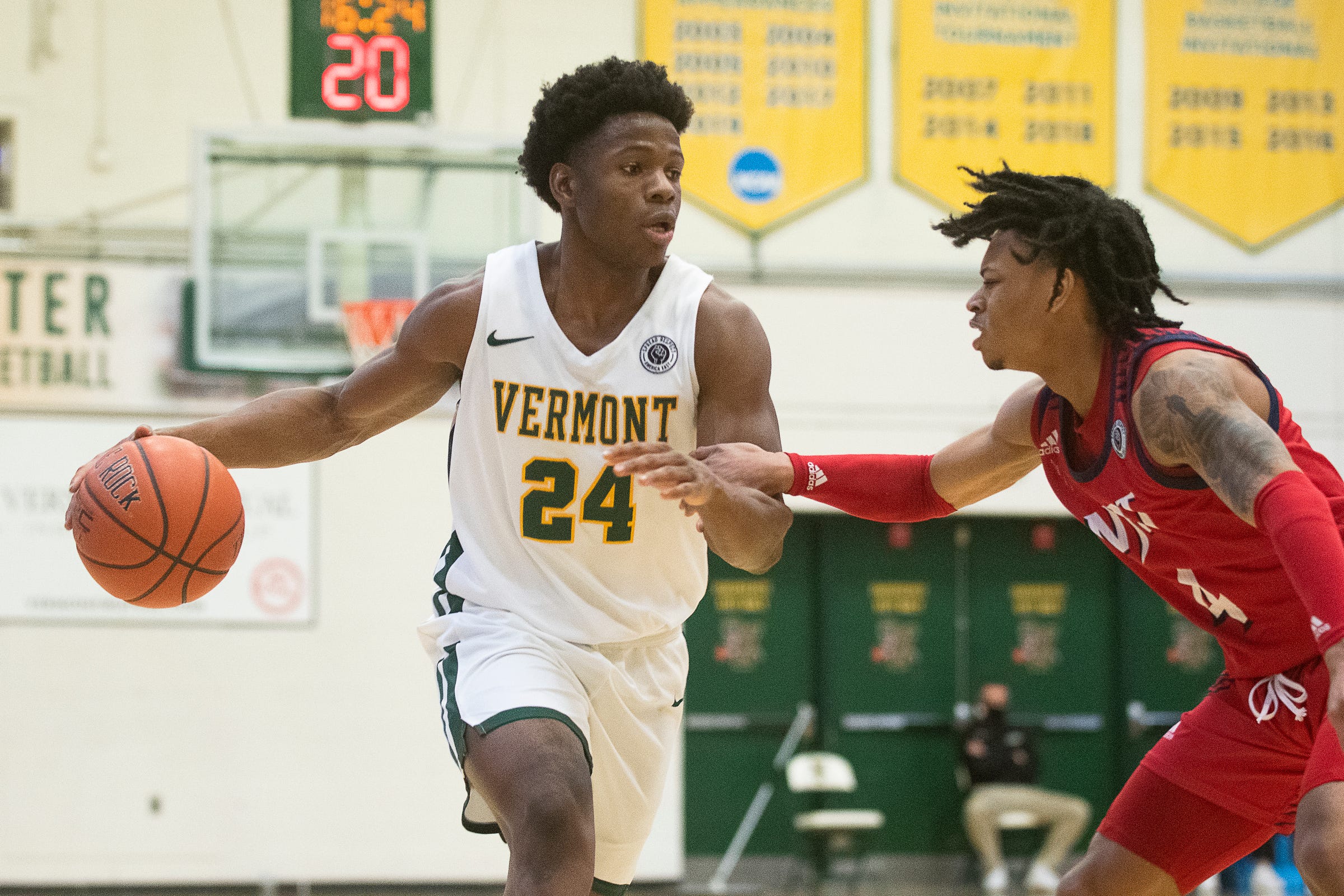 CBB Review hands out awards for each conference tournament in 2022. Up next: The America East Tournament.

Once again, we were treated to our yearly dose of Vermont vs UMBC but this time, the Catamounts were not leaving anything on the table. John Becker’s squad ran through the America East tournament defeating NJIT, Binghamton, and UMBC by an average margin of nearly 37 points.

During the tournament, Vermont shot an impressive 59% from two-point range and 43% from beyond the arc. Opponents were held to under 45 points on two occasions. Complete domination from the Catamounts, who look to prove their true worth in the Big Dance.

One of the most highly regarded names in mid-major basketball did not disappoint this past week. Davis 17.3 points per game included a 69% efficiency from the field. At is 6’8, 250, he is virtually unstoppable in the post but can also stretch the floor (5 of 7 from deep). Davis is one of the rare breeds from this level that could handle the physical bigs from higher seeds.

As coach Becker insisted in an interview with CBB Review, this is Vermont’s most dangerous offense he’s ever had. You may recall the the Anthony Lamb squad going toe to toe with 4-seeded Florida State before finally running out of steam back in 2019.

However, that team was severely undersized. These Catamounts have inside options like Davis and are an even more efficient perimeter shooting team. Another important statistic: Vermont allows the lowest opponent offensive rebounding in all of Division-I basketball.

You have to expect the Catamounts to eventually run into a team that overwhelms them athletically but I see a ton of March magic in this group. At the very least, they are a trendy 12 v 5 upset pick.