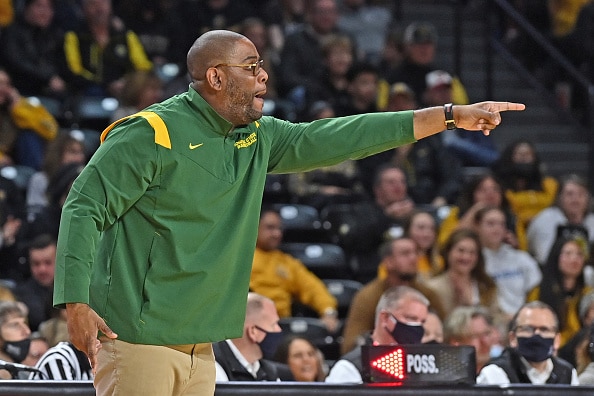 CBB Review hands out awards for each conference tournament. Up next: The MEAC Tournament.

The MEAC Tournament had some suspense in that the seventh-seeded Coppin State Eagles made it to the tournament championship game. Juan Dixon‘s squad knocked off Howard and North Carolina Central to get there. However, when it’s all said and done, Norfolk State dominated like they had all season. The Spartans are going dancing for the second season in a row.

Joe Bryant showed why he was the MEAC Player of the Year during this tournament. He did a little of everything for the Spartans, culminating in an impressive 23-point performance in the championship game. Bryant is a high-level player that will score and rebound as needed. If that’s not enough, he can also play defense as good as anyone in the country. Bryant will be tough to stop for any team in the NCAA Tournament.

Norfolk State may be one of the better teams to come out of the MEAC in recent memory. They have the kind of profile that should allow them to potentially avoid playing in the First Four. Unfortunately, that may keep them from earning an NCAA Tournament win this season. If they do end up playing in Dayton, you should feel confident in picking them to win that game. Otherwise, the Spartans’ great season will end in the first round.