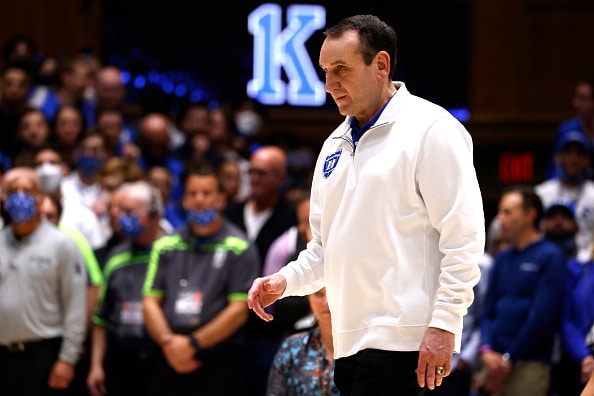 CBB Review highlights the ins and outs of every conference tournament leading up to Selection Sunday. Up next: The ACC Tournament.

The ACC is having a down year, yet all eyes will be on the ACC Tournament in Brooklyn. Mike Krzyzewski is coaching in his final postseason, with Duke earning the top seed. However, as we saw on Saturday night, the Blue Devils are far from invincible, and the premiere event for one of college basketball’s most storied conferences will be up for the taking.

The ACC is star-studded, and those guys obviously deserve attention. However, everyone on the list above is not only a star, but a crucial x-factor in terms of their teams’ success.

Two of these players come from the Commonwealth of Virginia. In Blacksburg, Aluma has been Virginia Tech’s most reliable scorer since he transferred from Wofford. The Hookie center has the ability to score from all three levels and is agile for his size, making him a matchup nightmare.

Beekman is equally tantalizing. He is a three-point jumper away from being a lottery pick, as he is exceptionally quick and has a knack of getting to the basket. He is also one of the leagues top defenders, wreaking havoc on any guard he faces.

Duke is loaded with stars, but AJ Griffin is the most intriguing. The 6’6” forward can become unconscious from bonus land, putting the Blue Devils in the drivers seat. Duke has had the most trouble when they keep teams within striking distance, but when Griffin allows Duke to pull away, they are the favorites to take the title home.

Really enjoyed talking with Duke freshman wing AJ Griffin in Durham. Here’s a snippet from our Film Session. Impressive perspective for an 18-year-old: “Rent is due every day. You only get one life and I’m just trying to make the best out of it.” pic.twitter.com/q9yBZLaRMn

The Tar Heels just earned the three seed, thwarting Coach K’s final game at Cameron Indoor and winning handily against Duke. Armando Bacot is impossible to box out, and Caleb Love is one of the most exciting players in the league. Also, what a storybook ending to Coach K’s career it would be if UNC and Duke met one more time for the ACC crown.

In what could be the last season in Jeff Capel’s Pitt tenure, the Panthers will show out to give their coach an extra game.

Brad Brownell has a better system than Kevin Keats, and this one will come down to coaching. Clemson will take control in the second half.

Louisville will be entering the ACC gauntlet with an interim head coach, and Josh Pastner still is the defending champion. GT wins easily.

Florida State is the obvious pick here. Better talent, system, and ability. And yet, Jim Boeheim and the postseason, including the ACC Tournament, go together like peanut butter and jelly. Syracuse moves on.

Capel gets an extra game, but that’s about it. Wake is far and beyond the better team, and no amount of rallying can make up for that.

Keve Aluma is the reason VT advances, plain and simple. My preseason pick for ACC Player of the Year has still been incredible and seems unguardable at times. This one won’t be close.

Josh Pastner has last year’s tournament under his belt, but he did not have to face Tony Bennett. Tony Bennett, in about a month, will be the best coach in the ACC. Tony Bennett, and Virginia, will win this game.

Duke has the shooters to beat the zone, and are too quick on defense to give Syracuse any room to make a comeback. Easy first win for Coach K.

Miami is an interesting team. Wake Forest came out of nowhere to be one of the conference’s top teams. Cold legs for the Hurricanes do not bode well in this matchup.

In their lone matchup this year, VT beat the Irish by six in Blacksburg. Keve Aluma only went for 17 in the game, but Nahiem Alleyne and Justyn Mutts combined for 46. Hokies win again.

Armando Bacot brought the Wahoos nightmares in their previous matchup, posting a monstrous double-double. Although Virginia has a much stronger Francisco Caffaro starting, Bacot is unstoppable by a Virginia defense.

Duke has two wins over Wake Forest this year. Paolo Banchero and AJ Griffin combined for 46 in the win on the road. Both games finished with a score of 76-74. Can lightning strike three times?

This will prove to be an electrifying matchup of elite frontcourts. Bacot has size, Aluma has speed. But 15 rebounds on the road for Armando leads me to believe this could be a one-sided affair.

What would Coach K’s final year be without a rubber match between the cross-town rivals. Hubert Davis will face Duke in the ACC Tournament in his first year as head coach, and Coach K will face off with UNC in what will most likely be his last game in the rivalry. Through the (many) ups and (few) downs in his career, one thing has stayed true. His true passion for playing, and beating UNC. What a way to end a Hall of Fame career. Duke wins this game, but not without some fireworks until the final buzzer.

One thought on “2022 ACC Tournament Preview”