Mike Krzyzewski to Retire: Ranking His 5 Best Seasons at Duke 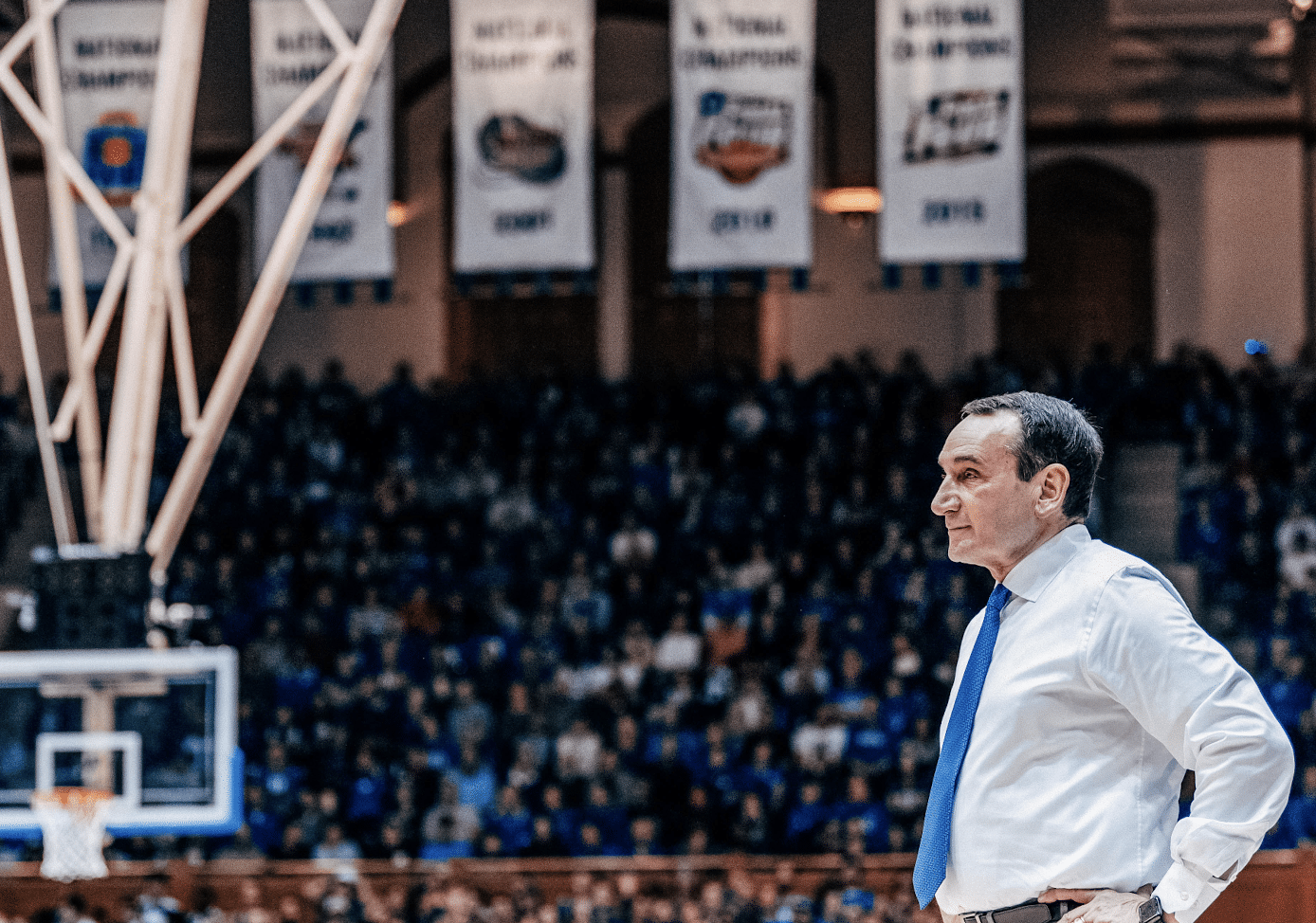 Mike Krzyzewski has announced his plan to retire after 41 years as head coach for Duke.

Mike Krzyzewski had a record of 1,097-302 as head coach, the most wins of any men’s college basketball coach, as well as 12 ACC Regular Season Titles, 15 ACC Tournament Championships, and five National Championships.

Coach K did not have a warm introduction to head coaching, missing the NCAA Tournament in his first three seasons starting in the 1980-81 season. However, in his sixth year, he made his first FInal Four, and five years later, he won his first National Championship, which was the front end of back-to-back titles.

Duke has produced countless NBA talent under Coach K, and he has had countless teams that were must-watch. In his 41 seasons, he never failed to amaze the college basketball world with his recruiting and coaching, creating a perennial powerhouse in Durham. It will be incredibly hard to replace him.

Mike Krzyzewski has been a pioneer for college basketball, from coaching scrappy seniors to paving the way for the one-and-done era. No matter the players, Coach K always had great success at Duke.

Let’s count down five of Mike Krzyzewski’s best teams, not to take away from the other 36 extraordinary rosters he has had.

This season is the only season on this list in which Duke did not win a National Championship, but it was too special to leave out. This squad had five future NBA players, led by Johnny Dawkins, who averaged just over 20 points per contest. The ‘85-’86 Blue Devils had big expectations that season, being the sixth ranked team in AP’s preseason poll, and they surpassed those expectations, losing just two regular season games.

After winning the ACC Tournament for the first time under Coach K, Duke went on to make Coach K’s first Final Four, escaping Kansas for the team’s 22 straight win. In the championship, Duke narrowly fell to Louisville, 72-69.

However, the Blue Devils received a 1-seed in the NCAA Tournament and did not disappoint. Coach K’s squad handled business in their region, making Mike Krzyzewski’s twelvth Final Four. In the National Semifinal, Duke trounced Michigan State, winning 81-61. In the championship game, it was Tyus Jones who led all scorers with 21, and freshman Grayson Allen came up clutch off the bench, contributing 16 in Duke’s 68-63 championship win over Wisconsin.

Oddly enough, this Duke squad did not have incredible NBA talent, and the majority of guys who did make a career in the league were very young this season and did not play much. Rather, Jon Scheyer led this Blue Devil team to a share of an ACC regular season championship, an ACC Tournament title, and a National Championship win.

Despite losing five regular season games, including a blowout loss at NC State, Mike Krzyzewski’s squad played phenomenal in the 2010 postseason. They narrowly upped Georgia Tech to win the conference, and then followed with a tremendous title run, beating four AP Top-25 teams en route to the title. This Duke team was just one Gordon Hayward miracle from not being on the list, but the shot narrowly missed, giving Coach K his fourth championship.

Duke’s 2001-01 squad started a trend in college basketball, which was the prominence of the three point shot. The Blue Devils made 407 shots from beyond the arc on 1,057 attempts, both breaking the previous record. Despite this new form of winning, Duke had no issues, as Jason Williams and Shane Battier were consensus All-American First Teamers.

In the NCAA Tournament, Duke was equally dominant, winning every game, including over conference rival Maryland in the Final Four, by double-digits. The championship game was no different, as Duke handled Arizona with ease, winning 82-72.

Perhaps Duke’s most famous season, this was the year that put the Blue Devils on the map forever. Duke was 34-2 in this season, led by Christian Laettner and Grant Hill, and won the ACC Regular Season and ACC Tournament. Laettner won player of the year, and he was one of six future NBA players on the roster.

One of college basketball’s most famous moments was during this season in the Regional Final (later called the Elite Eight). Duke, down one with just 2.1 seconds to go, Duke needed to go the length of the court to beat Kentucky and punch their ticket to the Final Four. A miracle was needed, and just that happened, as Grant Hill launched a pass up the court to Laettner, who took one dribble, turned around, and knocked down the game-winner.

Even Coach K himself later said he did not think his team could have won the game. Grant Hill did not believe either. But Mike Krzyzewski drew up the play, made sure his players were ready to execute, and the rest is history, as Duke went on to win Coach K’s second National Championship.

One thought on “Mike Krzyzewski to Retire: Ranking His 5 Best Seasons at Duke”