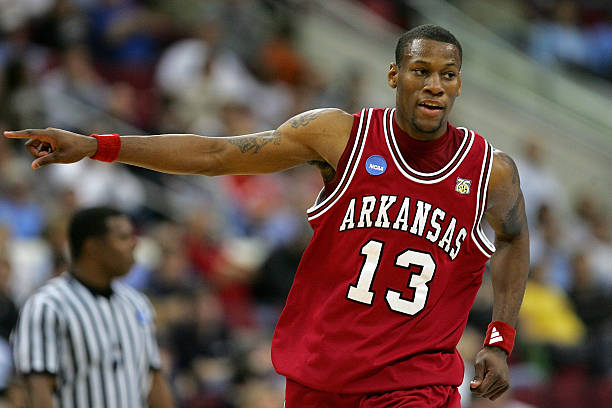 The Arkansas Alumni Team looks to get over the hump in with the addition of some new talent.

Team Arkansas returns for their fourth attempt at The Basketball Tournament. They have not been able to make it past the second round yet. Team Arkansas is hopeful that with the addition of talent such as Sonny Weems, they will be able to go further than they ever have before.

Weems makes his TBT debut this season, and he will look to make a big splash. The former NBA player has been dominant overseas the past few years, and he will look to be the same type of player in TBT. If things break right, he could very well be one of the top scorers in the tournament. Weems has good size and can get to the lane at will. He also has been a solid shooter overseas the past few seasons. Look for him to carry a lot of the burden on offense.

Barford makes his second appearance for Team Arkansas, after a solid outing in the 2021 The Basketball Tournament. He led the team in scoring and rebounding, averaging 18.5 points and 9 rebounds a game. The overseas veteran was the main focus of the offense last year, and he was forced to take some tough shots. The addition of some new talent should ease the burden, but he will need to become a little more efficient for Team Arkansas to go far.

Team Arkansas has not had a lot of success in The Basketball Tournament. However, they have never had a team as talented as this one. They are in a tougher Omaha region, but they are more than capable of going far. If the efficiency on offense is there, they will be competitive against most teams. If they can win their first game, I think they would have a very interesting and tough matchup against either of their potential opponents in the second round.

One thought on “The Basketball Tournament 2022: Team Arkansas Profile”