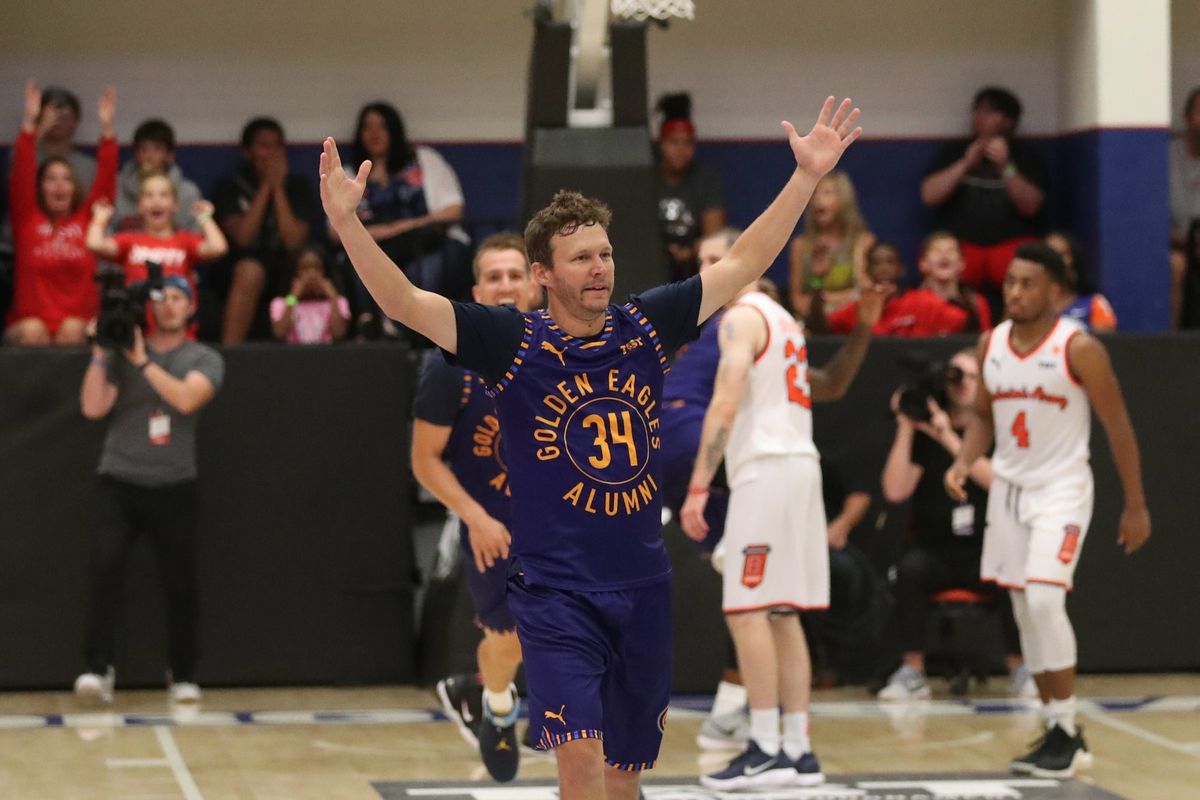 Golden Eagles won The Basketball Tournament in 2020 and are could be considered a TBT dynasty with another championship in 2022.

Travis Diener helped shine some glory on Marquette, draining the game-winner to bring a banner to Golden Eagles for winning the 2020 TBT Tournament. He’s back and so are a few of the other players on that roster, looking for some more hardware to store in their trophy cases.

A TBT veteran, Johnson-Odom won the MVP after leading Golden Eagles to a title in 2020. Given that recent track record, there’s no reason not to believe the former First-Team All-Big East member can’t show out again and go for championship number two in The Basketball Tournament.

The elusive scorer spent three seasons with Marquette before heading overseas to play professionally where he’s averaged 13.7 points and 3.4 assists over nine seasons. That type of experience and maturity is what separates some of the teams in TBT.

Anyone that’s watched TBT over the years knows the importance of Travis Diener. The 40-year-old could be looked at almost as a player-coach for the leadership he brings to the court. A sharpshooter, Diener’s age hasn’t stopped him from posting some commendable numbers and hitting the three-point shot that gave Golden Eagles their 2020 championship game victory over Sideline Cancer. He’s the heart and soul of this Marquette alumni team, so if his body is up to it, it gives Golden Eagles an extra boost.

Golden Eagles are filled with notable players including Diamond Stone, Dwight Buycks Jr., Luke Fischer, Johnson-Odom, and Diener. It’s also a group that has remarkable chemistry, thanks to a good chunk of the roster having valuable TBT experience with each other. Eight players on this year’s roster were on that 2020 title team.

For those expecting an easy road to the championship game, don’t be fooled. But they’re certainly on the shortlist of squads that have the best chances of cutting down the nets in August.