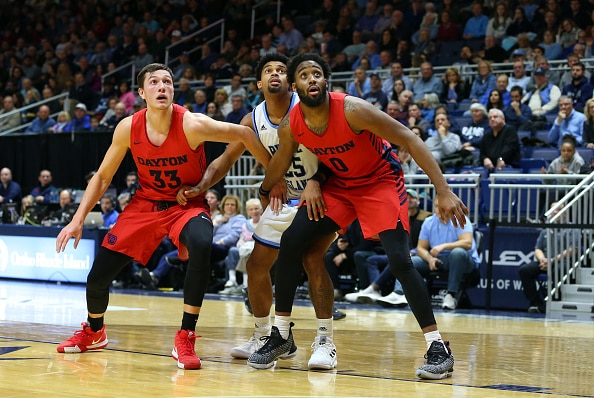 After a shocking upset in the second round last year, the Red Scare looks to put on a show at home and assert themselves as one of TBT’s best.

The Dayton alumni-based squad was shocked by the ten seed last year as the two seed, but as the three seed this year and the hometown team they are destined to do even more. This team has a good balance of youth and experience, which will make it hard to beat this Red Scare team.

Here are some of the top players locked in for TBT 2022!

This summer is going to be CRAZY!

Who did we miss? 🤔 pic.twitter.com/t9ThnPdoeT

Scoochie Smith, the brother of Malachi Smith, for the more current fans, is one of the most prolific players in Dayton basketball history, running the show from the point guard position. He can find open players, score when needed, and become a game manager. Having game managers in TBT is extremely important so Smith will be the key to success for the Red Scare.

In last year’s loss to Category 5, Davis scored 29 points, while the next highest scorer in that game who will be on this year’s roster was C.J Walker with 7 points. Having a lead scorer is very important in the TBT, and this year, the Red Scare brought in more guys who could support him. As long as Davis is scoring, the Red Scare should be able to move on and win some games.

Help us get @scoochstackin back in the red and blue this summer!

RT this and let’s see if we can get Scoochie at UD Arena for TBT 2022 #FlyWithUS 🔴🔵 pic.twitter.com/eisdMg0XI5

This Red Scare team brings in some massive big pieces in Smith and Kousta Koufas, the former NBA veteran. They have home court as mentioned and a guy at every position who can be an impact player.

They sit in a difficult region, with former champions Golden Eagles sitting at the two seed, and The Money Team, led by Jimmer Fredette as the one seed. First, they take on the 6 seed Citi Team, as they look to improve on their 5-3 all-time record.