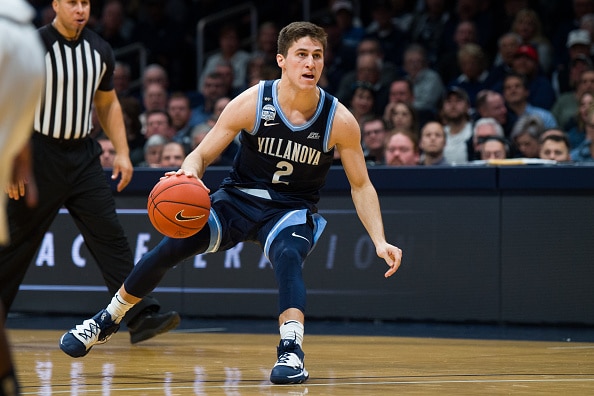 College basketball sees a lot of players come and go after one of two seasons, but the best teams have at least one senior leader who can guide their team all the way to glory.

The best teams in college basketball have the best seniors. Don’t believe us? Check out the CBBRank and this ranking, and there will be obvious correlation. And once a National Champion is crowned, take a second to appreciate what the seniors did for that team. But for now, meet the top 10 seniors in college basketball in the 2021-2022 season.

Boeheim had one of the best stretches in the last 20 years last season, starting at the end of the regular season, and staying consistent throughout Syracuse’s path to the Sweet 16. He looks to ride that energetic style of play and success into his last year. His brother is also playing with him this season, and Buddy will have to perform at a high level. Because who wants to let their brother do better than them?

You may know him for his mullet, but Mayer can play ball. He is a physical, gritty player underneath who did the dirty work for the National Champions last season. Now, with the rest of the starting roster moved on, the spotlight is on Mayer to lead Baylor to the first back-to-back title since Florida won in 2006 and 2007.

Richardson missed the first half of last season due to injury. Many seemed to forget how talented the career 40% three-point shooter was. Richardson can be the best player, let alone point guard, in his league this season.

Barcello is such a pure shooter that he adds value to any team that he is on, whether his first two years at Arizona or his most recent two seasons with the Cougars. Last season at BYU, he shot 47.2% from beyond the arc, which ranked in the top 15 in all of college basketball. He also was an All-American Honorable Mention. If he can shoot at a clip similar to last season, college basketball will be learning this young man’s name very quickly.

The @accmbb player of the year maybe from @HokiesMBB. Coach Mike Young on Keve Aluma here at media day: pic.twitter.com/UdaurBzNdF

Aluma decided to transfer to Virginia Tech from Wofford before the 2019 season to follow his head coach Mike Young. He sacrificed his 2019 season, as he had to sit out due to transfer rules, but returned to action in a big way, dominating the ACC en route to an ACC Second-Team selection. With a year of Power Five experience in his corner, Aluma can only be more dominant than he was a season ago.

Nembhard was a crucial piece to the historic one-loss Gonzaga team last season. Now, with the losses of Corey Kispert and Jalen Suggs, he has to step into a bigger role. Alongside Drew Timme, Nembhard is looking to bring a National Championship to Spokane for the first time under Mark Few.

Davis is one of the most crafty finishers in all of college basketball. Despite having a lot of roster changes, his leadership and creativity with the basketball give SMU an instant advantage in any game they play. The Ponies have not been dancing since 2017, and Davis will look to make that streak no longer.

Martin was one of the most exciting players last season at Arizona State, averaging 19.1 points per game and being pretty efficient from the field. In fact, his stats from last year and the year before were almost identical, with the most drastic improvement being his shooting marks beyond the three-point line. A change of scenery could be daunting to the average college basketball player. But Martin is used to the spotlight that Lawrence has. He will be in a position to thrive this season.

On This Date one year ago, the Sun Devils took down No. 2 Kansas at Allen Fieldhouse behind a breakout performance from Remy Martin 🙌 pic.twitter.com/4yD1nQFR1P

Williams is actually very overlooked in terms of the Purdue roster, which is full of very talented underclassmen. However, Williams, who was an All-American Honorable Mention just a season ago, is the cornerstone to this exciting Boilermaker squad. He posted 15.5 points and 9.1 rebounds per contest while still maintaining a shooting percentage over 50 last season. The added experience for his young teammates will make it even easier for him to thrive in his fourth season at Purdue.

After being sidelined for the end of the 2021 season, Gillespie is back for a fifth season with the Wildcats. Before going down with an MCL tear, Gillespie averaged 14 points per contest on 42.8% shooting from the field. With the emergence of Jermaine Samuels, Gillespie has a balanced offense to operate and hopes to lead Jay Wright’s team back to the promised land of college basketball.