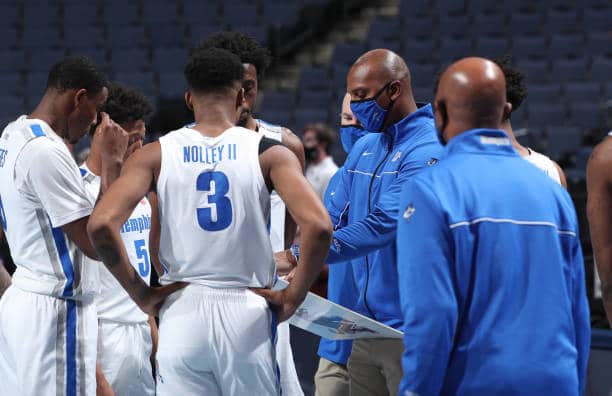 The talent in mid-major college basketball has increased exponentially and these teams could make deep runs this season.

Every year everyone gets behind that one team that wasn’t supposed to be in the tournament or at least was supposed to be knocked out right away. Mid-majors Loyola Chicago and FGCU are two teams of the past that come to mind. Here are the teams that are best prepped for a Sweet 16 run (or further in some cases) this season.

Morehead State returns a fully loaded roster that took the OVC tournament title home with them. Last year star freshman Johni Broome took off and he looks ready to take the next step after already being the team leading scorer, rebounder, and blocks leader. The Eagles return Skylear Potts a former Wright State transfer who tore it up last year. They also add one key transfer in Tray Hollowell a knockdown shooter from Wofford.

Although the loss of Joseph Yesufu will hurt this Drake team still has firepower, including but not limited to ShaQuan Hemphill, Roman Penn and Tremell Murphy. All three are seniors and this roster has eight total – seven of which were with the Bulldogs last year. Drake also adds Tucker DeVries who is a very talented scorer and will help when he gets in games. The seniority will lead this team and in favorable matches, Drake almost always finishes the job.

The Blazers return four out of their top six scorers who averaged a combined 43.3 points per game together. They also keep two key young guys in Rongie Gordon and Tony Toney who will be key role players in UAB’s quest to win the CUSA. Along with keeping a good group of guys that could win the conference head coach Andy Kennedy went out and dug deep in the transfer portal and pulled six Division I transfers and two JUCO kids. UAB had transfer madness and as long as one of them pans out they have a dangerous team that could have a fun Cinderella run.

A very young and talented team that could quite literally shock some people with a star in Tyson Etienne. The Shockers have great backcourt play with Etienne as well as veteran Dexter Dennis and last year’s All-AAC freshman guard Ricky Council IV. Morris Udeze is another good scorer that will be the anchor of this team’s defense as well as being their number two option on offense.

The losses of Averette and Haarms will sting but only in the early part of the year. The Cougars do return senior Alex Barcello. With a team of glue guys and role players around him, the offense will run through Barcello and we may see a 20 points per game year from him as BYU looks to take over the WCC with the exception of Gonzaga.

Nevada has the best player in the Mountain West in Grant Sherfield who last year averaged 18.6 points, 6.1 assists and 1.6 steals. Sherfield is one of the best players I have seen and will absolutely lead the Wolfpack to the tournament. Joining Sherfield in the backcourt is scorer Desmond Cambridge Jr. Cambridge will help loosen the pressure on Sherfield as well as serve as another crafty ball handler. Warren Washington will provide a key paint presence and defensive anchor for this mid-major team.

▶️ To the point @JonRothstein in his article, including @droddy22…

After a stellar sophomore season by David Roddy, he looks to improve and take this Rams team over the top. Roddy averaged 15.9 points and 9.4 rebounds at only 6-foot-5. They also return Isaiah Stevens and Kendle Moore and have been steadily improving for the past couple of years as they believe this is their year. If the role players on this team stick to their job and if they do it well enough they could be the focal point in why the Rams go on a run in the postseason.

Houston is a mid-major threat that will need the development of their guys and their transfers to bloom to make sure that they can reach anywhere near what they accomplished last year. Fabian White Jr, Jwan Roberts, Josh Carlton and Reggie Cheney will be the four guys on this team that will all need to take that next step and prove why they belong. Marcus Sasser will be the team’s leader on and off the court being the Cougars’ best-returning player.

Penny Hardaway might be the best recruiting coach we’ve seen ever. The Tigers bring in Emoni Bates and Jalen Duren who very well could both be top three picks in next year’s NBA draft. The Tigers also retur Landers Nolley II and DeAndre Williams and are set to make a run. They might be in a mid-major conference, but it isn’t what this Memphis team is about.

Who else but the Gonzaga Bulldogs? The amount of talent on this roster is borderline unfair, and coach Mark Few will be in charge of figuring out a rotation that allows his team to play at the highest possible level and maintain the morale of some very high-ranking recruits.

All seven freshmen and sophomores on the roster were either 4-star or 5-star recruits. They return big man Drew Timme who was an All-American last season, Andrew Nembhard was a 5-star recruit himself and a former Florida Gator, Anton Watson was a top-50 recruit, and Rasir Bolton, an Iowa State product who led the Big 12 in scoring.

Having this many mouths to feed is a good problem to have, and Few has had success playing large rotations before, but this is arguably his most talented roster yet. Especially when they also add arguably the best freshman in the country in Chet Holmgren, as well as Hunter Salis who was a knockdown shooter in high school. Mid-major powerhouse Gonzaga should be in heavy contention to win the National Championship yet again.