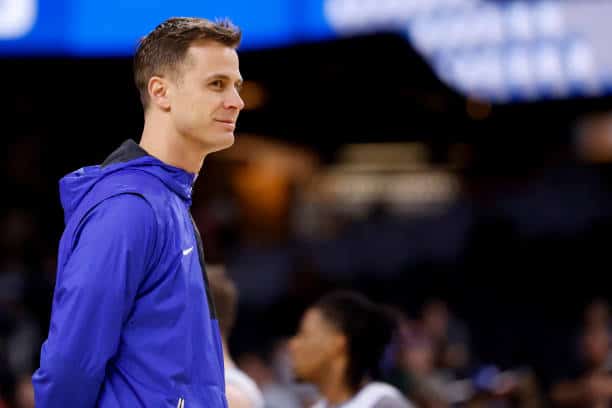 College basketball season is just a few months away, and before we can start covering games or writing analysis, we need to introduce some new faces to the ACC.

The ACC has not been as strong as it has been In the past, but that does not mean recruits are not drawn to one of the sport’s premier conferences. Year after year, the ACC has some of the best freshmen, leading to its overall dominance in college hoops.

Although there are plenty of incoming players that will soon become household names, we chose to highlight the top 10 incoming freshmen in the ACC, as well as a little background and what will make them successful at this higher level of basketball.

McKneely was the first commit in one of Tony Bennett’s best classes since Kyle Guy, DeAndre Hunter, Ty Jerome, and Jay Huff all made their way to Charlottesville. The 6’4” guard has above-average strength, and fits in well with the pack-line scheme. He could get some important minutes as a freshman, which is very rare for Virginia newcomers.

The second part of “Isaac Squared,” Traudt was a very valued recruit for the Wahoos. Although not quite as physically ready as McKneely, Traudt has good size at 6’10” and runs the floor well for a big man. He defends man-to-man well and has a good feel for scoring. He fits in Bennett’s system like a glove.

UNC is in a great position to make another run this year under second-year coach Hubert Davis, and although Washington, a 6’9” stretch four, may not be the star for this team, he has the capabilities to be a strong contributor right away. He has a soft shooting touch and crazy length, with a 7’4” wingspan. He has had injuries in high school but will be a great defender and shooter for an instant contender in the ACC.

Mintz is the athletic guard the Orange so desperately lacks. The 6’3” point guard from Washington D.C. has quick feet on defense and a nose for getting to the rim and finishing. He is also only 165 pounds so has room to fill out and be even stronger near the hoop.

Spoiler alert: Mitchell will not be the last Duke recruit on this list. But he should contribute in an always young Blue Devil lineup in the team’s first season without Coach K. Mitchell is an explosive player, doing most of his work near the paint on both ends of the ball.

Not related to Melo Trimble, but Seth has UNC roots, as his older brother, JP Tokoto, is a former Tar Heel. An overall offensive beast, Trimble can score from all three levels. Best described as a slashing point guard, Trimble has the ability to drive and kick, pull up from mid-range, or dish to an open teammate.

Starling was a late bloomer, but his offensive abilities never faltered. The first 24/7 five-star on this list, Starling is a predominant paint scorer but has an efficient jumper as well. He scores efficiently and will fit in great with Mike Brey’s squad in an attempt to win the ACC.

Flipowki is the fourth-ranked player in the class of 2022 and the third on this list. Guess where the last two are headed. Flipowski joins an elite class at Duke and adds nothing short of exceptional size and strength to an always-loaded young core. He is physically dominant and should have no trouble at 6’11” 230 lbs., pushing most ACC big men around.

Whitehead is the second-ranked player in the 2022 class and an offensive threat anywhere on the floor. He is quick, strong, and pretty much NBA-ready right now. He will be a top contributor for Duke this season.

Lively is the top-ranked player in the 2022 class and is what every coach wants in a center. Lively is 7’1” 220 lbs and has tremendous athleticism for any size, let alone someone that big. He is a great scorer but an even better rim protector and rebounded. He has a tremendous motor and is known to be a good teammate. He will be outstanding for Duke in Jon Scheyer’s first season.

One thought on “Top 10 Incoming Freshman In ACC”