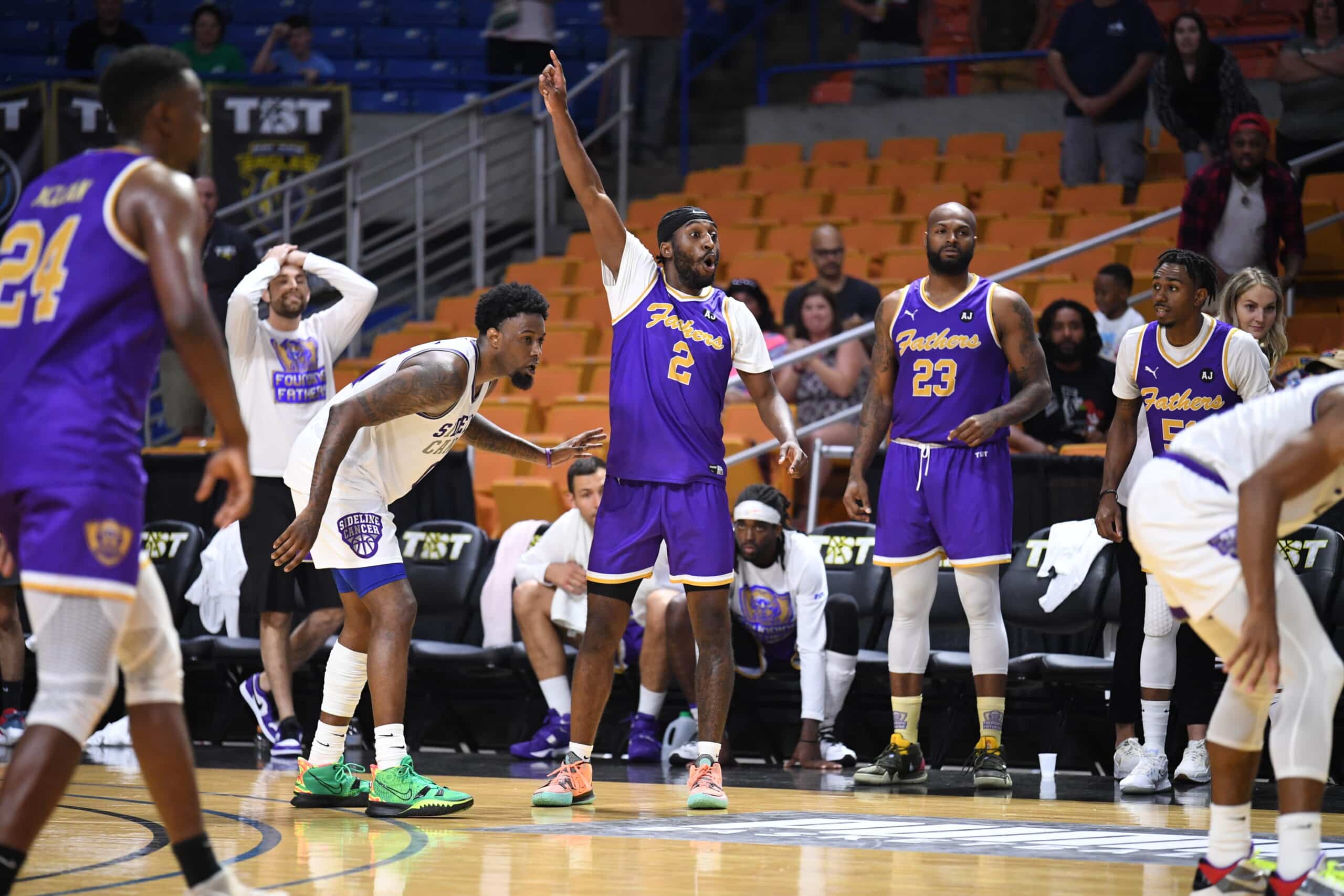 After almost shocking the world last year, the Founding Fathers are here to conquer.

The Founding Fathers get their name as most players are from James Madison University. This team is unique in a couple of ways, with it being the first I have seen that has not only a female professional basketball player but also a female coach. With a couple of players having TBT experience, if only a single game, the Founding Fathers are looking to end this year with a winning record and hopefully a championship. One of the most impressive players on paper A.J. Davis has a significant motor vehicle mishap. The heart of this team and a huge piece that will be an essential asset on the sidelines.

In May, AJ Davis was hit by a car and had to have both of his legs amputated.

Today he suited up for @FoundFathersTBT and was in the starting lineup at @thetournament 🙏pic.twitter.com/HntYxzOdRQ

Devon Moore has a unique skill set built for this team. The things that make him the MVP include his ball handling skills, floor recognition, ability to shoot 3, and ability to create shots. As a guard, Moore can take his opponent to the rack or stop on a dime for a jumper, long 3-pointer, or take it to the rack. He has excellent teammate understanding and knows when to take a shot or pass it off for success. Beyond that, Moore also finds and creates space for others’ shots. When he can’t make space, he is intelligent enough to pull off ball defenders and find teammates for easy points.

After showing up in a big way, Ron Curry is back for a second helping, and this time he is hoping to leave the floor satisfied. With his TBT experience, he will be the leader of this team. Curry has a very unselfish style of play but knows when to turn it on and take over. With the new roster and help, Curry should have space to navigate the floor and get the most out of the Founding Fathers’ team. My full expectation is that he will be the glue guy, so if he comes unraveled, so will his team.

Founding Fathers are given their dues after their near win over Sideline Cancer last year. They are coming in as a 5-seed. This team gets a tough draw and ranking as it pulls a team that likes to make noise in Herd That. This TBT favorite keeps a tight core with the brothers Elmore (Jon and Ot), James Kelly, Rondale Watson, and Ryan Taylor. The team’s experience and ability to pull out wins may cause issues, but the lack of scouting could be their downfall. The Founding Fathers are hoping to make Herd That record fall to .500 as they move up to .500.