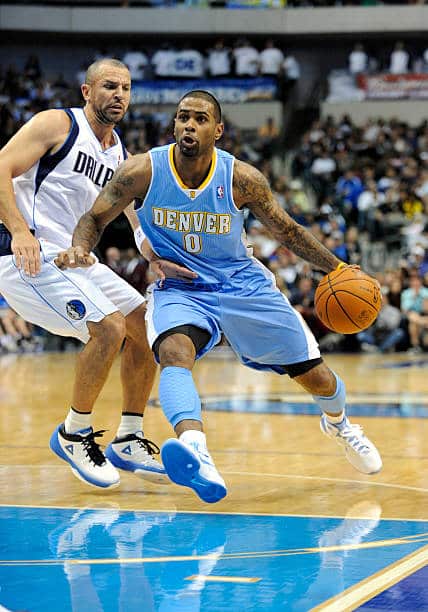 Another team playing for a cause, Defeat Diabetes look to surprise the tourney in their first ever TBT. This is not a super experienced team in terms of TBT, featuring only 3 players who have previously played in a TBT. They do have some NBA experience in Gary Forbes, and Cameron Forte has one of the crazier TBT stat lines that we will get to in a bit. Defeat Diabetes has some good size down low and on the wings that they will look to use to their advantage in a tough Xavier region.

Cameron Forte holds one of the crazier TBT stat lines. In 2018, while playing for the Dubois Dream, Forte put up 39 points and 23 rebounds while shooting 19/25 from the field. That is absolutely insane. I don’t expect those numbers again, but he will have to play well for this team to win. He has shown he can do it, and he will need to for Defeat Diabetes.

The former NBA player takes his talents to Defeat Diabetes for his first TBT since 2018. In the 2017 TBT, Forbes averaged 14 points per game and 8 rebounds per game. Forbes is a very solid wing that has good playmaking and slashing skills. He will need to do a little bit of everything for the team to succeed.

Forbes played two seasons in the NBA for the Denver Nuggets and the Toronto Raptors. After the NBA, he has enjoyed success in both overseas and the G-league. He will look to bring the veteran presence that all teams need to succeed, in addition to his on court skills.

Forbes has type 1 diabetes, so it will mean even more to him to represent a team playing to raise money for diabetes.

Defeat Diabetes take on the number 2 seed, Sideline Cancer, in their first round matchup at Xavier. This will be a fun matchup as both teams are playing for more than just their team. Defeat Diabetes wants to help those with Type 1 Diabetes. A portion of their winnings would go to the Juvenile Diabetes Research Foundation to help with research against diabetes.

Look for this team to play with a lot of heart. They have something to play for which makes them dangerous if they can get past the first round. They have a difficult matchup against Sideline Cancer, however, they have some players that can score. Will Forte have another 39 and 23 game? Who knows. Maybe he has something better in store. The rest of the team looks to accompany him with their own stat lines that will help the team win.