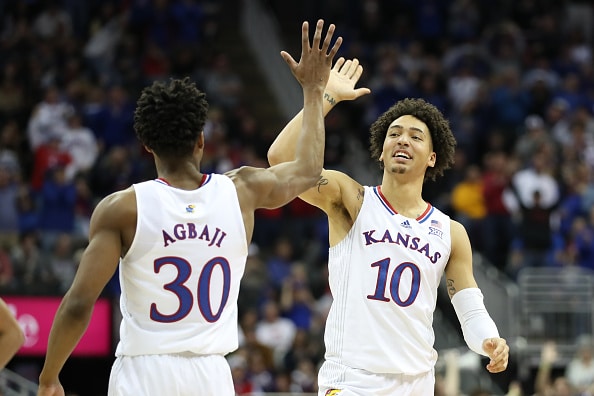 CBB Review hands out awards for each conference tournament in 2022. Up next: The Big 12 Tournament.

Times change, but some things stay the same. The Big 12 and the Big 12 Tournament runs through Lawrence. Kansas handled business as usual, pulling away from Texas Tech in the second half to secure the 74-65 win and the conference title.

The Jayhawks leading scorer lived up to his lofty expectations in the Big 12 Tournament. The senior guard led his team back to the top of the league, averaging the most points of anyone in the tournament, including a 16-point performance in the championship game.

Despite only shooting 33% from beyond the arc, Agbaji found a way to be productive, and still shined despite the Jayhawks’ balanced attack. This young man is a name to remember come NCAA Tournament time.

Kansas has a National Champion ceiling. They defend well, shoot well, and can create their own shots. They dominated a very complete Big 12 conference and show no true flaws in the system. They do not rely on one guy to score, as they have 6-7 scorers who can put up a 20 clip on any given night.

The Final Four is a realistic spot for this squad. There are better teams skill wise, and that will catch up to the scheme. But a flawed roster or system is no match for Bill Self’s squad, and the Final Four will be waiting for them.