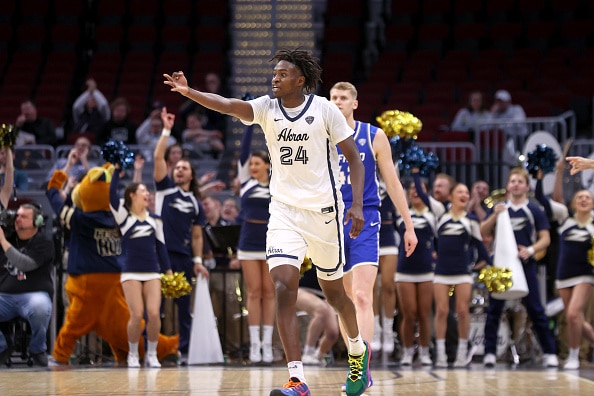 CBB Review hands out awards for each conference tournament. Up next: The MAC Tournament.

The MAC Tournament almost turned out the way we predicted it here at CBB Review. Kent State held up their end of the deal in riding their winning streak to the championship game. However, Akron took down pre-season favorites Buffalo and regular-season champs Toledo to reach the final.

Using a suffocating defense, the Akron Zips pummeled Kent State and their winning streak by 20 points to send Akron dancing for the fifth time in school history and first time since 2013. Akron did it the hard way in taking home the title, but they’ve earned their spot in the Field of 68.

Castaneda was the catalyst for Akron during this tournament run. He went off for 26 points against top-seeded Toledo to help spur the upset. That was sandwiched between two 15-point efforts in the quarterfinals and championship game. However, Castaneda’s championship moment came when he secured a tough rebound midway through the MAC title game, ripping it from a few Kent State players as the Golden Flashes were struggling from the field. His toughness helped the Zips capture the auto bid.

Akron might have arrived one season ahead of schedule given their pre-season prediction. That makes for a great story when everyone looks back on what the Zips accomplished in taking the MAC Championship. However, there is a heavy reliance on the starters to make things happen. This is a group that will make plays and put up a fight, but I’m not sure they have what it takes to pull off a first round upset.