Evaluating the Big 12 teams in the NCAA Tournament 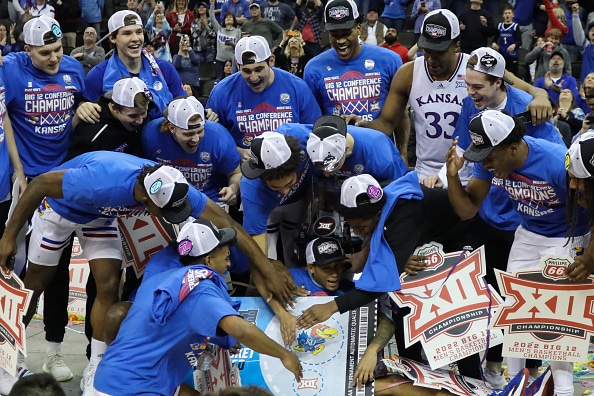 The March Madness bracket is out, and six Big 12 teams punched their tickets.

Kansas, Baylor, Texas Tech, Texas, TCU, and Iowa State are all dancing, with Baylor and Kansas taking one seeds. The Big 12 was one of, if not the best conference this season, but how far can each team make it? Read below to see each team’s ceiling and floor and an overall evaluation of each Big 12 team.

The Jayhawks enter the tournament red hot, knocking off TCU twice, and West Virginia, Texas, and Texas Tech once in the last five games. Now for the fun part. They should have no problem beating whoever the 16 seed is, followed by what could be an interesting matchup with San Diego State or Creighton. After that, any game is up for grabs, with a few teams not listed like Iowa, South Dakota State, and Miami being sneaky teams. The combo of Ochai Agbaji and Christian Braun plus their role guys like David McCormack, Remy Martin, and DaJuan Harris are good enough to take them to the championship and lift the trophy.

Baylor has overcome adversity all season, dealing with a plethora of injuries, yet they still find themselves as a one seed thanks to quality win after quality win. The big matchup comes against UCLA, the team everyone knows for their Final 4 run. Kentucky after that will be tough to beat, but Baylor has the pieces to win each game. Can they beat Gonzaga in the Final 4? Maybe, and with guys like Adam Flagler, James Akinjo, and Flo Thamba they have the depth to take on any team.

The Red Raiders pride themselves on their defense, and defense wins championships. They should win their first-round easily, but Alabama in the second round is a tricky matchup. They were placed in what most say is the hardest region, and will have a tough road to get to the Final 4, but have the talent and coaching to win it all.

Obviously, the expectations in Texas were a lot higher than they’ve performed, but the talent is still there to make a little bit of a run in the tournament. They haven’t shown they’re good enough to make a run, and that’s why their ceiling is Sweet 16, but it’s March, and who knows what they can do.

TCU has a tough road ahead of them, needing to beat 3 one seeds to win it all if the higher seeds win. TCU comes into the tournament hot though, beating Texas Tech, Kansas, and Texas in the past few weeks. Unfortunately, they drew the one seed in the second round, so pulling off the upset will be difficult, but it will still be fun to watch a guy like Mike Miles in March.

Iowa State has been a weird team all season, starting off the season red hot, getting extremely cold, then warming up again towards the end. They’ve got a star in Izaiah Brockington, and he could do enough to get past the coachless LSU Tigers. After that, it’ll be a tough task to take out a three seed or better in the Round of 32 and up.