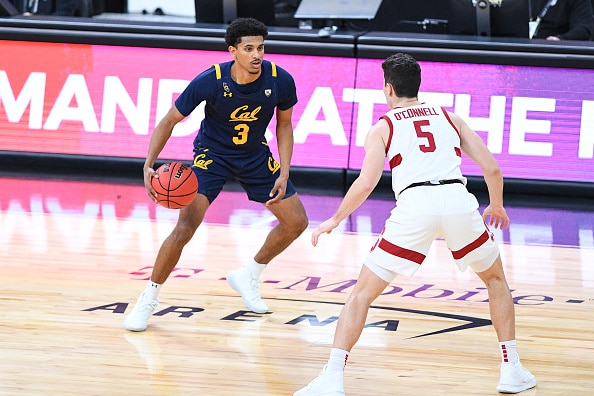 After a surprisingly disappointing season last year, Stanford basketball brings in a Top 20 recruiting class in hope of turning things around.

Last year, many college basketball fans and analysts saw Stanford basketball as an NCAA Tournament team and one that would compete for the Pac 12 title. Instead, they finished 6th in the conference and were barely .500. This year, they will get to play at home again, and the acquisition of 5-Star forward Harrison Ingram will help propel Stanford in the right direction.

For the 🇺🇸. Blessed to say I’m a 1x Gold Medalist🥇 pic.twitter.com/FTUY6bx0iQ

Ingram is rated as the #18 recruit in the country but plays so much better than that. The point forward can do it all and bears a lot of resemblance to last year’s Stanford freshman and #10 pick Ziaire Williams. Ingram will be able to operate the offense and use his size to get to the basket, and could be the best freshman in all of the Pac 12.

Beyond proud of what @JaidenDelaire accomplished this season – he's the third in our program history to earn @pac12 Most Improved Player of the Year! He joins @DwightPowell33 and @TwoShotOne in earning the accolade #GoStanford pic.twitter.com/cZg2kZKXuE

Last year, Delaire had a career year, doubling his point total from the season before and improving all around. Now, with Oscar da Silva, Ziaire Williams, Daejon Davis, and Bryce Wills all gone, Delaire will have to improve once again as he will probably be the first or second scoring option on the team. If he can’t put up similar numbers or better this year, there will definitely be a concern for this Stanford basketball team.

He only needs an 𝙄𝙉𝘾𝙃 of space 📏@SKJones24 is on 🔥 in @pac12 play, and is shooting 52.2% from deep in our last four games #GoStanford pic.twitter.com/vzkutK3lDC

Honestly, this won’t be the strongest or maybe even top 100 strongest benches in the country. Spencer Jones is a nice option off the bench if they choose to start Kisunas at center over him. After that, it lacks. Noah Taitz could be the second option off the bench, and he only averaged 3.3 points per game last season. Moss is another option, and he was barely a top 300 recruit. Now, recruiting rating doesn’t always reflect talent, but he most likely won’t be a huge contributor his freshman season.

Despite being just over .500 and not ever seen as a threat in the Pac 12, they finished as 57th in KenPom rating. KenPom looks at advanced analytics to determine how good a team is, and this proves that Stanford’s record didn’t reflect how good they were last season. The team looks very different this year, but perhaps the personnel change will spark a fire and turn that positive rating into more wins.

This team will rely a lot on young talent, with about half of their rotation expected to be a sophomore or younger. It may take some time for these guys to adjust to the college level, but expect them to be in full stride when conference play begins. Like mentioned earlier, Stanford didn’t really have a home last year due to county restrictions disallowing travel and as a result, Stanford played in Santa Cruz.

The Pac 12 is starting to show signs of growth in recent years, with UCLA making the Final 4 and a few other teams making big runs last year. This year, many teams make the CBB Rank, including Washington State (#71), Arizona State (#66), and Colorado (#61) already making the cut. The Pac 12 should be tough, and it’s up to Stanford basketball to separate themselves from the competition and win some big games when needed.

Projected Finish: 5th in the Pac 12