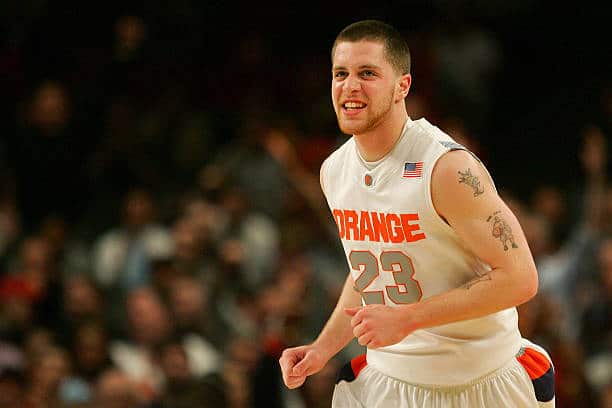 Boeheim’s Army has made multiple runs in The Basketball Tournament, but is this finally the summer they cut down the nets?

Boeheim’s Army hasn’t missed The Basketball Tournament since 2015. In that time, it’s made numerous runs past the first weekend and has an all-time record of 15-6 in TBT. Some of the best players in ‘Cuse history have graced the TBT court, including top-25 Orange scorers Eric Devendorf and Brandon Triche.

This is the first year that Boeheim’s Army has really utilizaed non-Syracuse players in The Basketball Tournament. DJ Kennedy and DeAndre Kane are proven TBT vets and winners. Their experience will be used to help Devendorf, CJ Fair, Malachi Richardson and the other Orange vets get over the hump.

This year’s Boeheim’s Army roster also pairs together a few bigs with different skillsets. Pascal Chukwu will anchor the block defensively. Chris McCullough can use his size on the offensive end down low. Comparitavely, Tyler Lydon’s offensive game is more centered around the three-point line.

The other players on this roster can also help out. There’s virtually no weak point for Boeheim’s Army this year and according to coach Ryan Blackwell, this is the year they should win the crown.

Taking a page out of Blackwell’s book, there’s no reason why Boeheim’s Army can’t go all the way this summer. The combination of three-point shooters, defense around the perimeter and block, and offensive options from non-Syracuse alumni make for a deadly roster.

The Basketball Tournament often is won by teams that can control the glass and hit threes and Boeheim’s Army has multiple players that can fill those roles.

One player to look out for is Keifer Sykes. He didn’t play at Syracuse but was one of the best mid-major scorers of the 2010s. The former Green Bay Phoenix was lights out his junior and senior seasons, topping over 600 points in both.

We’re still over two weeks away until Boeheim’s Army’s first game in The Basketball Tournament, but the hype couldn’t be bigger.