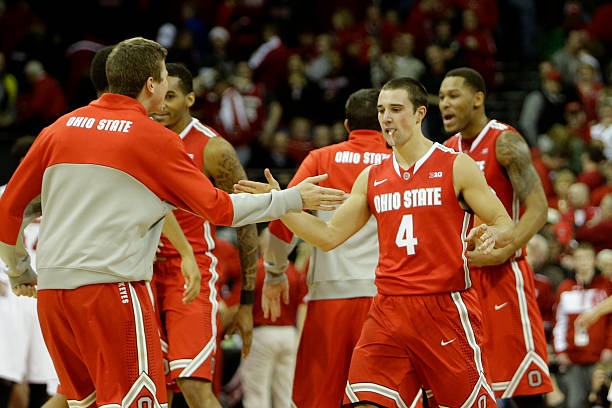 Carmen’s Crew won The Basketball Tournament in 2019 and is looking for more this summer.

Ohio State alumni proved their worth in 2019 when Carmen’s Crew took home The Basketball Tournament championship. Now they look to become just the second team to win it twice.

On paper, they’re a strong team. Aaron Craft leads the bunch that plays motivated and always makes the right plays. Even besides going all the way in 2019, Carmen’s Crew has an all-time record of 12-3 in TBT. They have talent up and down the board and understand how to bring out the best in one another.

Carmen’s Crew has brought its best every year it’s played in The Basketball Tournament. There are some teams that arguably have a bit more talent – Boeheim’s Army and Golden Eagles come to mind. However, Carmen’s Crew knows how to play together as a unit. They have a belt to show that.

It’d be wrong to not start with the head coach and GM Jared Sullinger. Sully is arguably the best NBA talent in The Basketball Tournament and had he played this year, it’d be close to a wrap for Carmen’s Crew.

He’ll have good players all around the board and it starts at guard. William Buford won MVP when Carmen’s Crew cut down the nets in 2019. He’ll be back and will likely have a target on his back.

Joining Buford at guard is the ageless Aaron Craft. He was a college legend at Ohio State and has some of the best leadership skills in The Basketball Tournament. Look for him to get Buford the ball in big spots. However, the minute you think Craft is just a passer, and he’ll expose you as a scorer. He’s a two-way player and won’t go down easily.

Secondary options will be Jon Diebler on the wing and Kosta Koufos down low. They’ll pair nicely with both guards to bring a scoring attack from outside, mid-range, and in the paint.

Carmen’s Crew’s road won’t be easy, but with TBT stars practically one through five, they have what it takes for another run.