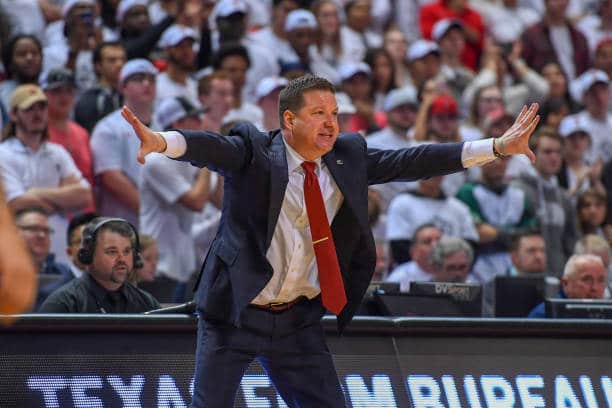 Texas basketball poached one of the top names in the college basketball world, hiring Chris Beard away from Texas Tech on Thursday.

Immediately following last week’s news that Texas basketball coach Shaka Smart had left the Longhorns for Marquette, speculation rose that Texas Tech head coach Chris Beard would be at the top of the Longhorns list.

It did not take long for Texas to get their guy, as once Beard’s buyout dropped to $4M on Thursday, the Longhorns almost immediately named him as their next head coach.

Beard is one of the top coaches in the nation, completely building a historically awful Red Raiders program into a National contender since taking over in 2017. Beard led Texas Tech to the National Championship game in 2019, falling to Virginia in overtime.

Beard had been speculated as the heir apparent to the Texas throne ever since his success at Texas Tech became evident, as Beard is an alumnus of Texas.

The Longhorns now find themselves in a position to do some serious damage in the recruiting world in the coming weeks, months, and years. With a brand new basketball arena and facility, The Moody Center, opening in February of 2022, Texas now has its polished recruiter and coach to lead them to the top of the basketball world.

Texas basketball played its cards perfectly, avoiding Smart’s $7M buyout by allowing him to leave for Marquette. Beard’s contract has not been announced yet, but the expectation is that he will become one of the highest-paid coaches in the history of the sport.

There are several reasons why Beard arriving at Texas is a home-run for the Longhorns. First, Beard is a great recruiter, as he has recruited the only two five-star prospects in Texas Tech history. Additionally, Beard has excelled in landing transfers, with two of his top players from this past season, Mac McClung and Marcos Santos-Silva, being transfers.

Beard is a great in-game coach, specifically excelling in his defensive scheme. In addition to his in-game coaching, Beard has shown an ability to create a winning culture, as well as sustained success and postseason dominance, having never lost a first-round tournament game in his career between Arkansas-Little Rock and Texas Tech.

It will be a major storyline to see the domino effect of Beard’s hire on the current Texas basketball roster. Kai Jones has declared for the draft, however, seniors Matt Coleman and Jericho Sims have not announced if they will make use of the extra year of eligibility granted by the NCAA. With a packed transfer portal, several top prospects uncommitted, and decisions to be made, Beard will have an eventful first summer in Austin.