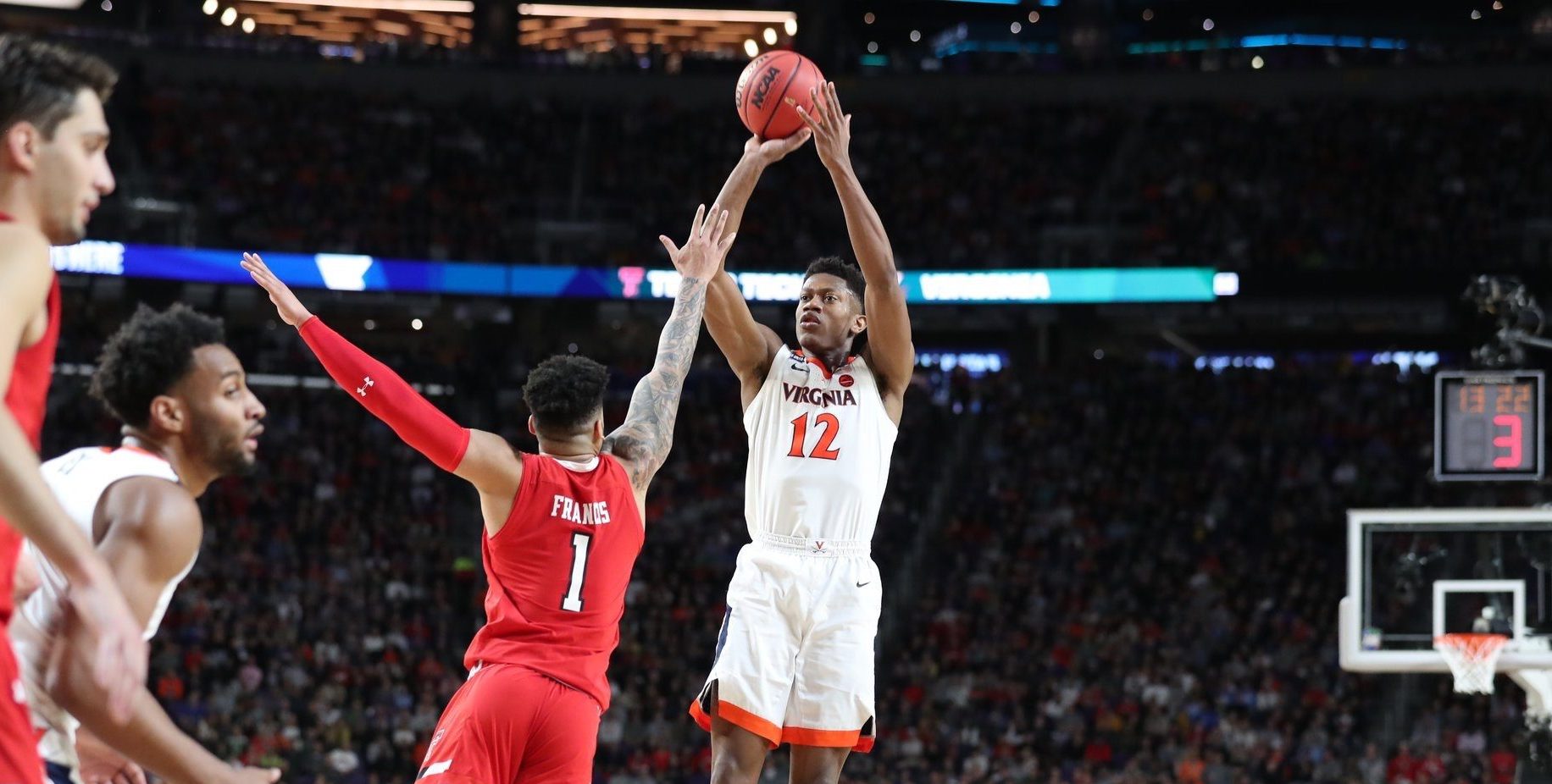 March 16, 2018, a day that all college basketball fans will always remember. #1 seeds remained undefeated at 135-0. Then it happened 135-1. Virginia is the culprit of the first #16 upset in NCAA tournament history.

Fast forward to March 2019 and Virginia found themselves as a #1 seed once again. Could history really repeat itself?

Virginia trailed #16 Gardner-Webb by 14 and destiny looked to be a mirror image of the previous season. Then everything went right for the Cavaliers

One coach’s decision in the Elite Eight sent Virginia to the Final Four. One call in the Final Four kept the Cavileers dancing. One three-pointer from the corner Kept Virginia alive. One defensive stop sent the Cavaliers to overtime. And one final run gave Virginia redemption.

Virginia’s miraculous run had everything and the final game was no different. Defense wins championships and the two best defenses in college basketball went head to head for 45 minutes to crown a champion.

The game started slowly as both Texas Tech and Virginia brought defensive intensity from the start that would keep the game moving at a snail’s pace. In the first 6:13 of the game the teams combined for seven points. Virginia then started to figure things out. They extended their lead, made the Red Raiders uncomfortable, and kept them without a field goal for the first 7:11 of the game.

Virginia’s Kyle Guy exploded and was seemingly unstoppable. Virginia looked as if they were running away with the championship, yet every time you checked the score Texas Tech was within striking distance. A ten point lead quickly dwindled to none and the defense of both squads couldn’t stop the spectacular performance the offense was displaying.

Lead after lead the Cavaliers would create was turned right around. Texas Tech was here to play, and play they did. Down eight with 6:45 to play, the Red Raiders looked to be finished as Virginia went in for the knockout punch. Then three field goals in a row tied the game at 59.

Down three with 0:22 remaining Virginia’s magical run looked over and redemption seemed to be lost. Time ticked off the clock as Virginia brought the ball down the court. Second after second slowly washed away as Ty Jerome drove down the left side of the lane.

0:17, the Red Raiders collapsed and Jerome sent the ball out to De’Andre Hunter in the corner. 0:15, Hunter catches and shoots. All eyes follow the ball

Splash. 68-68. One last stop and Virginia’s redemption remained intact with overtime and five extra minutes to play. Virginia was no match for the Red Raiders in the last five minutes of play as Virginia won it’s first National Championship in program history.