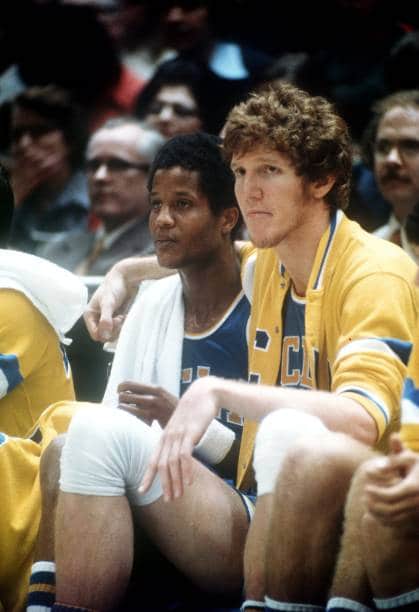 It’s not enough to just look at the current state of each Final Four program – so we look at it by decade!

In an unexpected NCAA Tournament that featured a 15-seed three points away from the Elite 8, a record of upsets in one day, and a 2-seed that beat four double-digit seeds en route to the Final Four, we still ended up with a very interesting final weekend.

Gonzaga and Baylor highlight the two 1-seeds left, while 2-seed Houston isn’t too shameful either. 11-seeds aren’t the usual cup of tea for a Final Four, but when it’s UCLA, people pay attention.

In pure college basketball style, ranking the Final Four teams seems like a great way to kick off the best week in college hoops.

But I like taking things a step further, which means ranking the overall programs themselves… by decade.

Baylor basketball has the longest history. The Bears program dates back to 1906.

On the contrary is Houston, who didn’t tip-off its first official season until 1950.

But for my purposes, I’m starting a bit later, with the 1960s. It makes it an even playing field and if anyone wants a true answer, it’d be between Baylor and UCLA.

For even more purposes, I created a statistical key to use to track each program:

National Player of the Year – 25 points

Naismith Coach of the Year – 10 points

It’s almost unfair to start with the 1960s given UCLA’s tremendous run through practically all of college basketball. The Bruins lost just 42 games all DECADE, en route to six National Championships and plenty of All-Americans, namely Lew Alcindor (Kareem Abdul-Jabbar).

Houston had a decent ten years themselves with Elvin Hayes leading the Cougars to a 31-2 record in 1968.

As for Gonzaga and Baylor – they’ve come a long way, but the 1960s weren’t exactly their primes.

Another landslide for UCLA, the Bruins won four more National Championships in the 1970s. Bill Walton won the Player of the Year three times, and once again they dominated the entire college hoops landscape.

Houston went to a regional semifinal in 1971, but the rest of the decade never went further than the first round of the NCAA Tournament.

And again, Baylor and Gonzaga held up the bottom, but the Bears did get an All-American in 1979 in Vinnie Johnson.

Houston wasn’t nearly as dominant as UCLA was in the previous two decades, but the Cougars did go to two straight National Finals in 1983 and 1984. Hakeem Olajuwon may have been the reason for that.

UCLA really dipped down, only going to the Sweet 16 or further once in all ten years. The Walt Hazzard experiment as head coach dipped the Bruins’ success, but they still did enough to surpass Gonzaga and Baylor for the decade.

Gonzaga’s first real-time on the national stage happened at the latter stages of the 1990s, with the Bulldogs going as far as the Elite 8.

However, UCLA got back on top between these four schools, largely due to their 11th National Championship in 1995.

Houston also had a pretty successful decade, winning 64 games in the first three seasons of the decade, but never did enough nationally to make a huge impact.

For Baylor – it was a decade to forget.

This was easily the closest between all of the decades, with just six points separating UCLA from Gonzaga. The Bruins’ three Final Four runs in the middle of the decade sure helped, but Gonzaga started its’ dominance in the West Coast Conference.

Baylor and Houston each struggled, with the Cougars’ time C-USA never amounting to much. But the Bears got cooking at the end of the decade, leading into 2010.

The 2010s marked the official decade of the Gonzaga Bulldogs marking their territory. The Zags practically wiped out any of mid-major team, and toward to end of the decade, used a Final Four run to perhaps place their name in the mix with the other power-six conference teams and far above.

UCLA and Baylor both had some successful years, with the Bruins’ moments fading toward the end of the 2010s and the Bears really turning it on as of late.

Houston also had a pretty decent decade, but in this new decade, the Cougars are partying like it’s the 80s again.

Well, I really don’t have enough for you here, other than these four teams are off to a hot start!

The 2021 Final Four is Saturday, so stay tuned to see who starts the decade on top!