Five Seniors we Will Miss in College Basketball Next Season 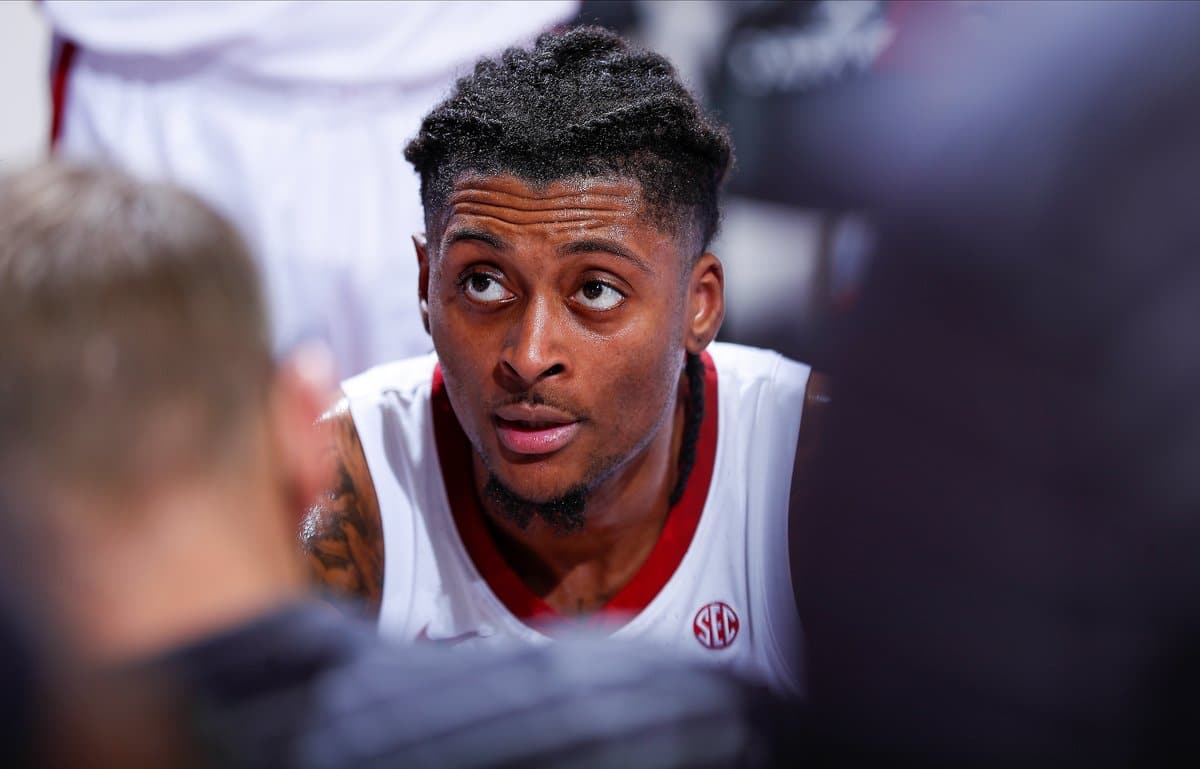 We are more than halfway through the 2020-21 College Basketball season, which means for a great number of seniors, this begins the final run of the NCAA careers.

Although the NCAA ruled that this season would not count against eligibility for any winter athlete–meaning that any player that played this season can play next season–the expectation remains that many of the top seniors in the sport will move on at the conclusion of the season.

You could make an argument that this season has been ruled by seniors. In a season where superstar freshmen have been absent for the most part, a massive void will certainly be left by the seniors who depart from the college basketball world following this season.

Here are five seniors who have especially stood out throughout their four years and who we will miss the most following this season.

Seton Hall senior big man Sandro Mamukelashvili, or simply “Mamu” for short, has been one of the best players in the Big East throughout much of the last two seasons.

This season has been the strongest of Mamu’s career, as the Georgian is averaging 17.9 points, 7.1 rebounds, and 3.2 assists per game.

Mamu decided to remain at Seton Hall despite having interest from NBA teams last spring, a decision that has certainly paid off considering his production this season.

While the Pirates haven’t been having nearly as strong of a year as they normally do, Mamu has been the anchor that his team has needed in an unorthodox season.

As a 6-foot-11 forward who possesses the unique ability to ball handle, shoot from anywhere on the floor, and be an efficient passer, Mamu’s production all across the floor will be missed at Seton Hall. While it remains to be seen whether or not he will finish his career in the NCAA Tournament, we will all miss the special talent of Sandro Mamukelashvili in the Big East.

One of the most consistent players in college basketball over the last four years has been Alabama guard John Petty.

This season, Petty has become the X-factor for one of the most surprising teams in the country. Petty is averaging 13.4 points and 5.3 rebounds, but his contributions go far past the stat sheet.

Against LSU three weeks ago, Petty catalyzed one of the most impressive shooting performances of the season. Petty hit his first seven threes of the game, scoring 24 points in Alabama’s statement win to this point.

Throughout his first three seasons at Alabama, Petty was the second or third option on offense, with Collin Sexton and Kira Lewis leading the charge on a trio of mediocre Alabama teams. This season, as the top scoring option among a loaded Alabama roster, Petty and the Crimson Tide are collectively playing their best basketball in years.

Although Petty doesn’t record the numbers that other seniors across the country do, he will certainly be among the seniors that we will miss the most for his importance to his team and the impact that he is making in his final season.

As the face of one of the nation’s most successful programs over the greater part of the 21st century, Collin Gillespie has certainly done an excellent job of replacing Ryan Archidiacono as the Villanova lead guard.

A freshman on the Wildcat’s 2018 National Championship winning squad, Gillespie has cemented his place among the better players in program history.

This season, Gillespie is averaging 14.4 points and 5.8 assists per game. Regardless of the talent around him, which has varied across his career, Gillespie has managed to maintain the same level of production. Gillespie has excelled in every aspect of his job as the Wildcats’ point guard; he’s an efficient ball-handler, lead guard, passer, and late-game clutch shot-maker.

As of right now, the Jay Wright does not have a future replacement for Gillespie, which makes him one of the toughest players to replace next season. Like the other two players, Gillespie’s role and impact on his team goes far past the numbers that he puts up, especially considering Gillespie’s importance to one of the countries’ most prominent teams.

This list would not be complete without at least one player that the vast majority of college basketball fans love to hate.

That player is Gonzaga’s Corey Kispert, the sharpshooting assassin on the best team in the country.

This season, Kispert is averaging 19.5 points and 4.7 rebounds per game while shooting at a near sixty percent clip.

Kispert didn’t emerge as one of the Zags’ top players until last season, however, he has always played a valuable role for Mark Few’s teams, whether it be as the top-scoring option in the lineup or as a sharpshooter off the bench.

Kispert is almost certainly going to be the top senior taken in next year’s NBA draft considering his astronomical shooting numbers, a deserving reward for one of the most talented offensive players that college basketball has seen in the past several years.

In an era of basketball in which just about everyone can shoot from anywhere on the floor, Kispert represents the best of the best. Shooting might be contagious and replaceable, but the Zags will have a hard time replacing Kispert, as his talent and efficiency make him one of college basketball’s top players, and pending the result of Gonzaga’s dream season to this point, Kispert could go down as one of Gonzaga’s most notable players in their storied program history.

There should be no question here. Luka Garza is the senior (and overall player) that we will miss the most in college basketball next season.

In just two seasons, Garza has grown from a slightly above-average scoring center to the undeniable best player in the country.

Garza initially garnered attention for his performance in Iowa’s second-round thriller against Tennessee his sophomore year. Since that point, Garza has only improved, becoming a household name and uplifting Iowa to a fixture on national television.

It will be nearly impossible for the Hawkeyes to make up for the void that Garza will leave when he heads to the NBA after this season. A lights-out shooter, efficient post scorer, solid defender, and all-around desirable face of the program, words cannot describe the impact and importance that Garza has to the Hawkeyes.