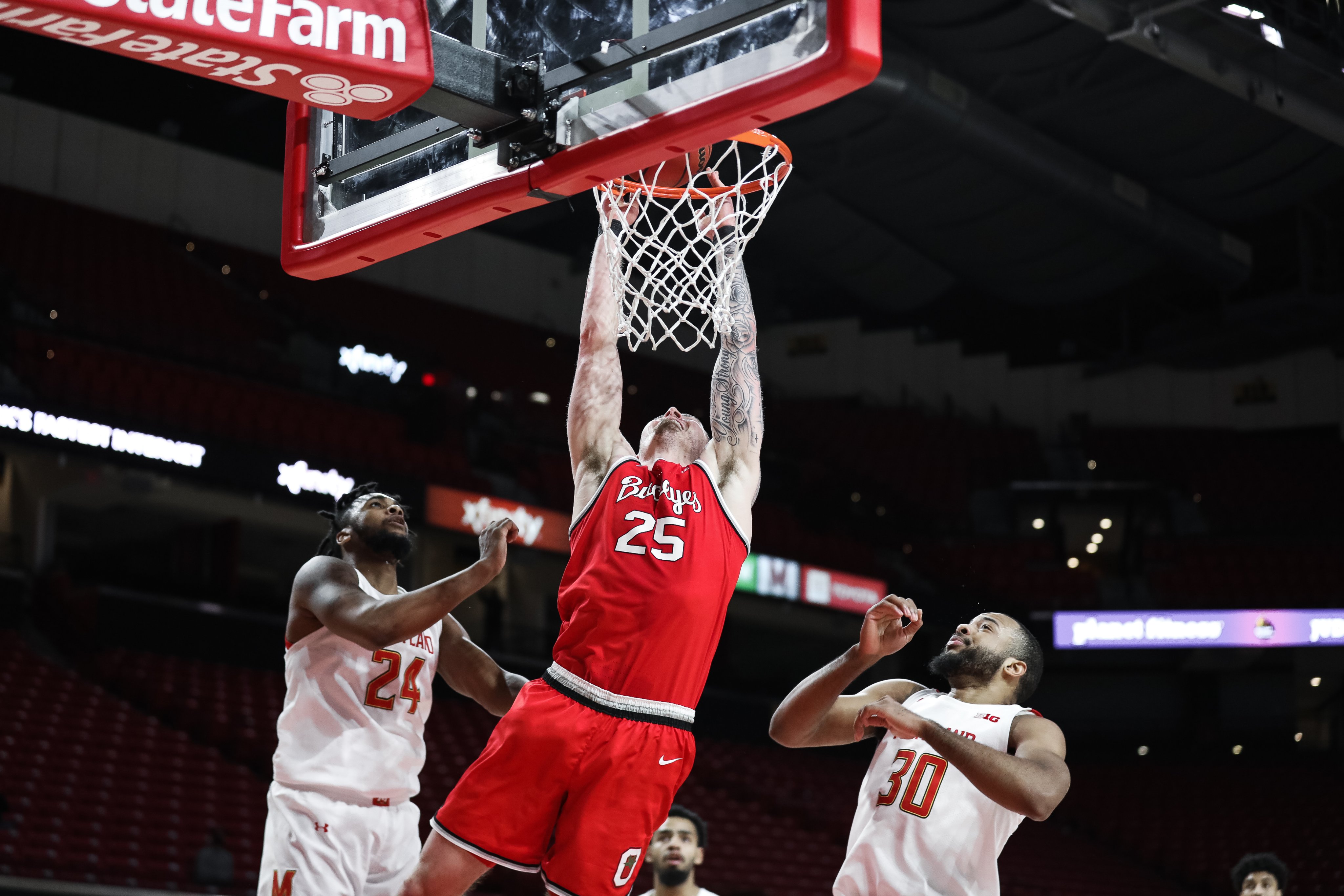 With undefeated squads in Gonzaga and Baylor as well as arch-rival Michigan gleaning a lot of the headlines, Ohio State basketball has been lurking in the weeds. However, after last night’s road conference win at Maryland, their fifth win in a row, that might not be the case much longer. Kyle Young tallied a career-high 20 points and the Buckeyes used stifling defense in the middle of the game to come away with a 73-65 win.

“Washington—His face is on the quarter but he’s been dropping dimes tonight!”

After the win over Maryland, Ohio State basketball now has nine quad 1 wins, the most of any team in the country. In addition, six of those wins have come away from Columbus. Those six wins are pretty impressive – conference wins over Maryland, Iowa, Illinois, Wisconsin, and Rutgers and Notre Dame outside the Big 10. The other three Quad 1 wins are UCLA, Rutgers, and Penn State at home.

He cleans it up and makes it 18 points on the night for @OhioStateHoops pic.twitter.com/cyyEGH4lWf

Ohio State basketball has been led in scoring by EJ Ledell, Duane Washington, and Justice Sueing, but Kyle Young has emerged in the last two games. Young had a career-high 18 points last night at Maryland. He is averaging less than 10 points per game but has scored 34 in Ohio State’s last two games, after totaling 16 against Iowa on February 4. If Young can score double figures each game the sky is the limit for Ohio State basketball.

Ohio State improved to 16-4 (10-4) and returns to action Saturday when they host Indiana at Noon. Maryland fell to 10-10 (7-5) and will wait until Valentine’s Day night to return to the court hosting Minnesota.