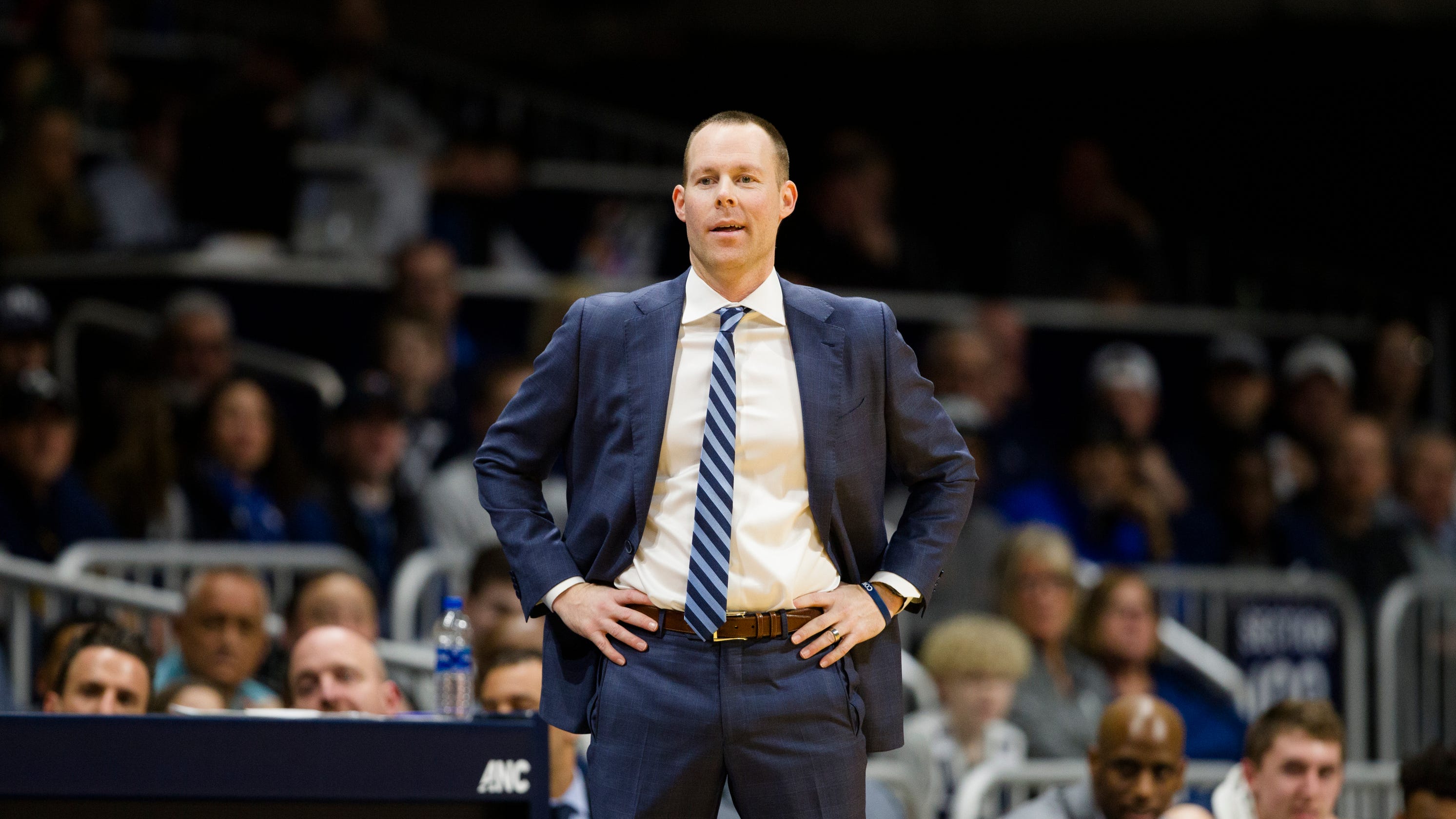 Xavier basketball Head Coach Travis Steele discusses last season, with a look ahead at what’s in store for the Musketeers in 2020-21.

As Travis Steele enters his third season as head coach of Xavier basketball, the direction of the program seems to have hit a very interesting stride. On one hand, the Musketeers lose their top two scorers from a year ago, in Tyrique Jones and Naji Marshall. However, on the other hand, most people would agree that year three of a head coach is when the program starts to shift in their direction.

Now before we get ahead of ourselves here, Steele’s roots in the XU program run deep. He 39-year-old was hired in 2008 as Xavier’s Director of Basketball Operations. He was quickly promoted to an assistant coach the following year, becoming the Associate Head Coach following the 2015-16 season. Then, after Chris Mack left Xavier for Louisville in 2018, Steele was rightly given his first head coaching position.

As Steele says, he’s been fortunate to have worked under some of the great coaches in college basketball, saying, “Most coaches have a really good mentor, and I’ve been lucky to have multiple, whether it was Chris Mack, Sean Miller, Kelvin Sampson, or Thad Matta.”

Steele told me he’s learned various things from each of these legendary coaches, but he has his own philosophies too. “I know I have to be my own guy,” said Steele, “I’m not Chris Mack, Sean Miller, or Thad Matta. I’m Travis Steele. At the same time also, I know what wins here, and I’ve seen that for a long time.”

Needless to say, Steele understands the Xavier basketball way but uses his coaching strengths to help propel the Musketeers.

In two seasons as head coach, Steele has posted records of 19-16 in 2018, and 19-13 in 2019. He mentioned how tough the Big East was last season, where the Musketeers finished 8-10 in conference play. “The Big East, I thought, was the best conference in the country,” said Steele, “We were offensively challenged. I thought we were really good defensively. Offensively, we could not shoot the ball and we didn’t have great decision making either. I thought those were the two areas that really plagued our team last year.”

Steele also mentioned the rough start in conference play for his squad. After an 11-2 start in non-conference play, which included a double-overtime win over future Big East opponent UConn, and a rivalry victory over Cincinnati, Xavier lost six of eight to start Big East play.

However, the Musketeers battled back to win six of their last ten games, including an away win at No. 10 Seton Hall, before a loss to DePaul in the first round of the Big East Tournament.

The Musketeers are also set to lose Naji Marshall and Tyrique Jones, their top two scorers.

Yes, Marshall, who averaged a tremendous stat line of 16.8 points, 6.3 rebounds, and 4.0 assists will forgo his senior season and enter his name in the NBA Draft. Steele completely backed up Marshall’s decision, saying, “I tell all of my players that go through that, it’s time to be selfish, think about you, and what’s going to put you in the best position to meet your goals. I think Naji is more than deserving to be drafted. Hopefully, he’ll have a long career at the professional level.”

Senior Tyrique Jones will also be gone, which in itself is also a tremendous loss. The big man from Bloomfield, Connecticut, averaged a double-double last season, scoring 14.0 points per game while ripping down a Big East Conference-leading 11.0 rebounds.

Quentin Goodin is gone too. The senior guard struggled last year, only scoring 6.0 points per game, but averaged 11.0 points his junior season, proving his ability to put the ball in the basket.

The Musketeers do bring back Paul Scruggs, a 12.7 ppg scorer from a year ago. Also back are Zach Freemantle, one of the better freshmen in the Big East last season, among other role players.

However, for Steele and Xavier basketball, the real thing to keep an eye on are the talent of the incoming players. Steele spoke high on Dieonte Miles, a 6-foot-11 redshirt freshman, who could be a player to keep an eye on next season. “I think Deonte Miles, who redshirted last year, was the most talented player in our program last year. He’s about 6-foot-11, has put a lot of weight on, and can get a lot of minutes at the five as well,” said Steele.

In addition to Miles, the Musketeers are set to bring in the 22nd ranked incoming recruiting class, according to 247Sports Composite rankings. It will be their highest-ranked class since 2017 and includes two four-stars in Dwon Odom and C.J. Wilcher. Other incoming players include three-star Colby Jones, Gardner-Webb transfer Nate Johnson, and a Division Two grad-transfer Bryan Griffin, who averaged an astronomical 19.6 points and 14.5 rebounds a year ago for Mercy College.

This is where it’s easy to see Steele’s philosophy as a basketball coach. Steele mentioned how he believes it’s important to recruit guys with a winning mentality, saying, “Dwon Odom has won three state titles, Colby Jones out of Alabama has won two state titles, CJ Wilcher has won a state title, and Nate Johnson has already played in an NCAA Tournament at Gardner-Webb.”

However, more than that, he recognized Xavier’s shooting woes last season, coupled with the fact that the three point line is so important in today’s game. He said, “Our best shooters are returning and we’re adding two other really good shooters. I think our shooting will get better because of our personnel.”

Year three of Travis Steele could be the year.

Given all of these facts and scenarios, I’d buy high on Xavier basketball in 2020-21. The incoming players and coaching abilities of Travis Steele already point toward a bounce-back season. However, with Myles Powell and Markus Howard out of the Big East, the conference is virtually wide open.

A team led by Scruggs, Freemantle, and excellent incoming players has what Steele calls a good balance between young and old players. However, more importantly, it’s a Xavier basketball team that screams talent.

So can Xavier basketball make a run at a Big East title next season? Just ask Steele.

“Our goal is to win the Big East,” Steele says, “In order to do that, we’ve got to attack every day and win every day. We’re excited about our team.”

7 thoughts on “Xavier Basketball: Travis Steele recaps last season, looks ahead to next”