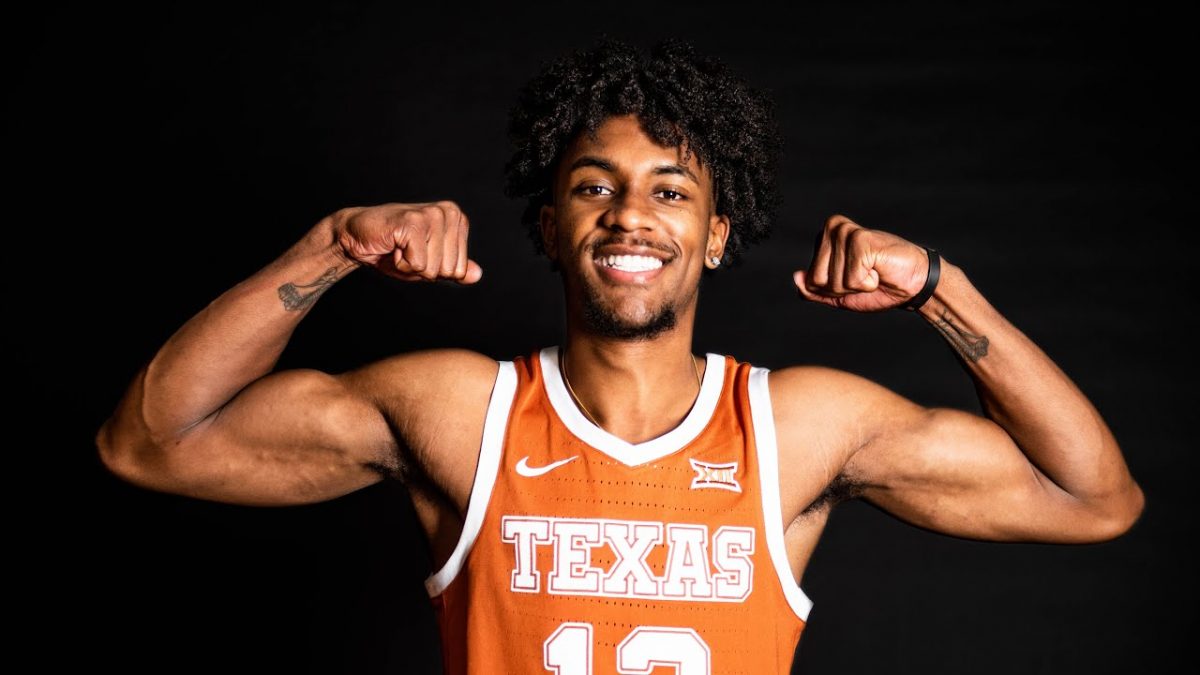 Jase Febres, the 6’5 guard from Houston, Texas has what it takes to take Texas to the next level.

Jase Febres averaged a respectable 9.3 points, including back to back games scoring 17 and 23 points, and showed off his shooting touch with multiple games with over 5 three-pointers made. Unfortunately, as the season was coming down to the wire, Febres suffered a season-ending knee injury but will be ready whenever the 2020-2021 season will begin.

As an incoming senior, Jase Febres knows the importance of being a leader on and off the court and has already demonstrated his readiness to do so. We spoke about his leadership, especially in the BLM movement, as well as his whole career and how he reacted to the NCAA tournament being canceled.

1) Being a 4 star recruit out of high school, you had several good offers. What made you decide to go to Texas?

Jase Febres: At the time, it was really close to home. For me, it was either Baylor, Stanford, or Texas. My Dad passed away the year before the whole process so I wanted to stay close to home, and looking back at it, my situation was the worst situation possible because there were a lot of guards in front of me at the time. Something told me to come here and Shaka (Smart) is a really good coach and was the realist of the other coaches that I was talking to.

2) What is the most important part of your game you’ve worked on the past three seasons?

Jase Febres: Getting more confident and putting the ball down. I don’t want to be a one-dimensional player. My coaches and teammates have given me a lot of confidence of the years, and to be able to be more than just a shooter and be more of a facilitator and make the right plays has been important to me. Honestly, defensively is where I’ve taken the biggest step; I take pride in stopping my player and it goes a long way doing little things like that. It might go unnoticed but defensively has probably been the biggest step in my game.

3) What was your reaction to the Big 12 and NCAA Tournaments being cancelled? Did you agree with the decision?

Jase Febres: I was in class when I got the notification that they canceled it. Personally, it was weird because I didn’t end the season how I wanted to stat-wise and felt like I was gonna be left behind, and then out of nowhere everything just shut down. It was perfect timing for me as far as the injury, but for the team who were on a really good hot streak and had a lot of momentum going into that tournament, winning 5 of the last 6 games, it was not. But, they knew the severity of COVID-19, so when it got cancelled it didn’t come as a huge shock, but it was surprising to say the least.

I thought they were going to put a date to say we were going to come back in April and play, but when you end up taking a break, people lose momentum and it’s not the same feeling. In March, people are clicking the most and teams are finally getting their chemistry at the highest it could possibly be. When you do take that break, guys separate for a certain amount of time and are not able to practice and do things together as a team, you lose that momentum.

4) As someone who is an incoming senior, do you see yourself taking more of a leadership role next season?

Jase Febres: Most definitely. I’ve been working a lot during this quarantine on my spirituality and figuring out who I am. Since I’m an introvert at heart and come off as an introvert, I’ve had good things to say but I was never the type to speak out and my nature has always been to stay low and keep quiet. My coaches have been preaching for me to speak out and we’ve been working on that. I’ve actively been trying to get more comfortable speaking out, and I’ve came a long way in the past two months.

I do have a more active role and have always been a leader by example, but now I need to take that step and be able to tell my teammates what they need to do, and for them to tell me when I’m messing up and being able to have that same bond where I can do the same.

5) Who is a player you modeled your game after?

Jase Febres: Growing up, I always wanted to be like Paul George. My game was different in high school in the sense that I played more in the midrange just like Paul. In college, you try to figure out your role more so my game wasn’t as much like Paul’s as before. Now that I’m in the role I’ve transitioned into, I’ve modeled my game more into Klay Thompson and CJ Mccollum type games. Both are good shooters and CJ is a guy who can basically do it all so those are some people I try to model my game after but especially Klay and Paul George.

6) You are your teammates put out a powerful statement regarding the University’s role in the BLM Movement. Can you go more in-depth about that?

Jase Febres: The football players and some of the basketball players including myself were in a group chat a couple weeks ago talking about all the stuff that’s going on around the world. We have our own racial identifiers here at UT that haven’t been exposed and we felt that right now college football has a lot of leverage and them being #1 in regards to revenue, we felt like we had to take that step first, and the school will follow.

It was a group of about 30 of us that started this whole movement that like I said is trying to get rid of those racial identifiers and for the fans who cheer us on every saturday who have racial tendencies to also be exposed. We talked to a lot of our black professors at UT about black organizations also, and things we can do to reach out to not just Austin, but Houston, Dallas, San Antonio, and other Texas cities.

It’s a lot deeper than football and basketball, and we’re trying to send the message to all the other sports teams at UT and we also posted the message at a certain time and it had a big impact. It blew up a lot faster than we thought which is really great.

7) What is one aspect of your game that you want to improve for next season? Have you had trouble doing so with the restrictions?

Jase Febres: I’ve been going through rehab, and I’m almost back, but I’m still not able to get on the court. I’ve had to find ways to still get in my game, and the best way I’ve been able to do that is ball handling. I think ball handling is really not just being able to put the ball on the floor but it also helps your shooting by creating shots. Being able to handle the ball and control the ball a lot better helps every part of your game. That’s something I need to work on want to continue to work on during this summer.

I haven’t had access to a gym or anything to practice on until last month. I was doing rehab so I wasn’t really able to go into the gym so I was at more rehab facilities. As soon as they started opening up the gyms I came back to Austin so I could get free throws up and do some stationary ball handling.

8) Texas has been close but hasn’t been able to capture that Big 12 title in over a decade. What makes this years team different?

Jase Febres: Maturity is a big one; we’re literally getting everyone back. It’s kind of crazy and our chemistry has grown over this time and a lot of guys have been working on themselves individually. I feel like when we come back collectively it will be something pretty special. Greg (Brown), you look at his game and see he’s really aggressive and has a swagger to himself but he’s a really open guy and he listens really well. He’s been accepting to everything we’ve been doing as far as outside of basketball, and if he is open and receives these messages we’re giving him then he’s coachable and can help us in a better way.

I feel like we’re going to have a really big impact and people are starting to notice it and see that we have experience, and we all want to win the NCAA championship. At the end of the day, it’s just day by day, and not looking ahead too far because we can only control the present, which is how we’ve been looking at this whole thing.

9) The most popular trend right now is skipping college and going straight to the G League. What are your thoughts on people making this decision as someone who has been in college for 3 years?

Jase Febres: The best way to answer that question is, what are you trying to get coming out of college? If your goal is ultimately to go to the NBA, and that goes along with making money, then you might as well take advantage of that opportunity. With that being said, a lot can be learned online; you don’t necessarily have to pursue a certain degree in order to make money nowadays. That’s the kind of system I’ve been thinking deeper about, we’ve all taken plenty of classes that we don’t even remember to this day.

If you look at it like that, if you’re going to benefit right away, and the ultimate goal is to get money and have that financial freedom, then you should be able to take that leap if you’re talented enough to take it. A lot of people hang their hats on their degrees and that’s fine, but if I’m living in a mansion next to you and the only difference is you have a degree, you can place value on that, but it’s really how you look at it.

10) Do you have any individual goals for next season?

Jase Febres: I want to try to be an all american and all conference. I’ll never sell myself short on that. Personally, I do want to be the leader in three point field goal makes, attempts, and percentage. I also want to be one of the top scorers in the Big 12, and at the end of the day continue to become the best player I can be. The main goal I have for my team is to win a Natty. We want to win as many games as we can, win the Big 12 championship, and just winning is the goal.

Jace Febres is poised for a breakout season, and could be a college basketball household name in just a few months.