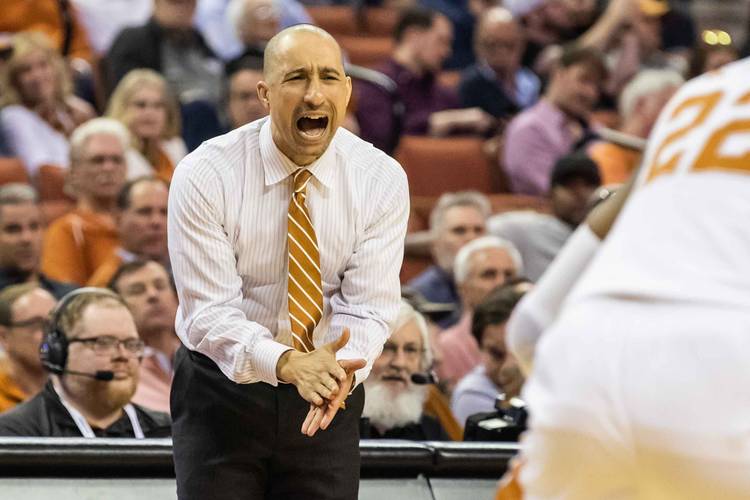 The coaching carousel in college basketball is ever moving, and the pressure on coaches to maintain success is always high. As a result, coaches are always being judged by administration, and a lot have only a few seasons to turn a program around before being dismissed and replaced.

Especially in storied programs, fans expect sustained success, and multiple consecutive down years is a cause for concern. When the fans become testy, the front office has no choice but to act, as they have the responsibility of keeping the fans happy and keeping the revenue pouring in.

In the 2020-21 season, some coaches may get the benefit of the doubt due to the pandemic occurring, as it can alter practices, recruiting, and much more. However, if a season does occur, there will be coaches on the hot seat, who will most likely be let go if they do not have a successful season. Below are five coaches whose jobs are on the line entering the season.

Smart left VCU in 2015 to coach the Longhorns despite building a powerhouse in the Commonwealth. Smart has made the dance once in his five years at the helm, and has finished above .500 in Big 12 play just once in his five year tenure. Although Smart is coaching with the same technique that brought the Rams to the Final Four in 2011, his recruiting and system does not allow that technique to succeed in Austin. A tournament bid is the only thing that can save Smart’s job this season.

Ewing was doing a great job on the recruiting trail until all his top players decided to leave the program. Ewing lost all five of his starters from last year and has no real leads on top recruits. If he cannot prove that there was a reason the recruits left, other than the fact that they were unhappy with the program, his recruiting will have to face a major hurdle. Ewing might not ever be able to eclipse that hurdle, causing a resignation or termination sooner than later.

Miller succeeded Tom Creen as coach of the Hoosiers, and has not been able to find prolonged success in his tenure. He has brought in solid recruits, keeping stars from Indiana in their home state, such as Romeo Langford, but has been unable to succeed with this talent. Miller has not made a Round of 32 in his career in Bloomington. Fans of Indiana are calling for a Sweet 16, or Miller is out of a job.

Wade has had a fantastic run as the coach of LSU, turning the Tigers into a legitimate threat in the SEC. Part of this is due to Wade’s recruiting, as he brings in top talent each season. However, although his recruiting may have brought him success, it has put him on the FBI’s investigation list as well as the hot seat. No matter his success, LSU may choose to let Wade go if the investigation continues to reveal new information about Wade. Wade has already been suspended once, and any new piece of information could be the cause for another suspension and ultimate termination by the University.

Despite a solid backcourt for a majority of his tenure, Christian has been unable to accomplish anything at BC. Christian has struggled mightily in a strong conference, going winless in 2016, and finishing above .500 once in six years. Although the program is not top tier, Christian has not met their capabilities, and barring a sudden and drastic change, he will be out as coach after this season.