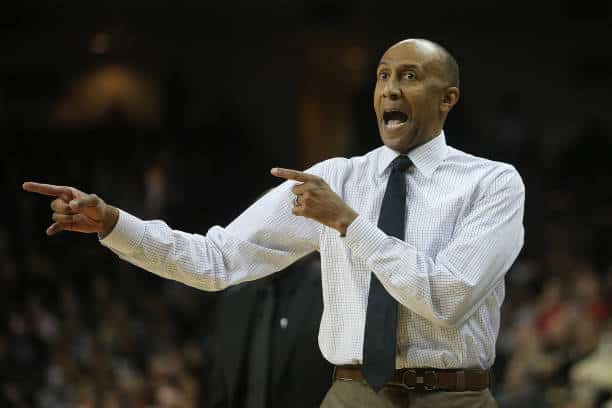 The Nerd gives his AAC basketball power rankings for week 5 of the 2022-23 college basketball season.

Matchup of the week: Houston vs. No. 11 Alabama

Sneaky good matchup of the week: Tulane vs. Buffalo

"(@UHouston) also ranks No. 1 in the country in making you uncomfortable. That's what it's all about."

Grabbing two more wins, the Houston Cougars remain on top of AAC basketball. After a hard-fought battle against a very well-coached Saint Mary’s team, the team remains undefeated. The Gaels couldn’t rebound the ball very well against the Cougars, a testament to a tough Kelvin Sampson-coaches squad. I am keeping an eye on Marcus Sasser, because toward the end of the game against Saint Mary’s, he took himself out of a game with a shoulder injury.

It was two excellent wins this week for the Memphis Tigers. In one game, the Tigers couldn’t miss, and in the other game, the team couldn’t make a shot. However, coach Hardaway keeps his team locked in defensively and has unselfish players. It was a big turnaround from game to game as the team shares the ball generously and has a solid defense. These characteristics make this a scary team.

Samford gave the Knights all they could handle in an overtime battle. Johnny Dawkins has found quite the competitor and talent in Taylor Hendricks, while Brandon Suggs made his contributions count in overtime. This team is still trying to find itself and has a week to prepare for Tarleton. That is a matchup that UCF should be able to handle easily and will hopefully continue to help this team get better.

Another unfortunate loss for the Pirates, South Carolina State came in and shot the ball well from downtown and stole their first win of the season. ECU fought but could not make enough shots to keep up. Luckily, the Pirates found their shot against Campbell and split the week.

The Bearcats grabbed two wins last week. Cincinnati does do a great job dominating the boards and moving the ball. In its second game, the Bearcats fell off with its free-throws in its game on Sunday. Hopefully, Coach Miller can continue improving this team and exploit all favorable matchups.

It was a tough loss this past week for the Green Wave, falling by five to a decent Fordham team. The Rams and Tulane put up a battle as the two teams were all in on offense. Fordham just shot the ball a little better with a few more looks. Tulane needs to be more aggressive on the defensive end and fight for rebounds. Finding the little areas to improve, Tulane could be a terrifying team.

This team continues to be an enigma to me. Coach McKie is doing a great job, but saying whether or not Temple will win a game seems complicated. The Owls do not seem to have a consistent style of play. The talent is there, and this team continues to surprise as it grabs some of the strangest wins and oddest losses.

Wichita State continues to struggle in the closing minutes. In both games last week, the Shockers led late and allowed the opponent to come back into the game. Their inability to score and being without a go-to player are both major problems.

A bigger issue in these games was the turnovers that led to transition buckets for the other team. The Shockers have fumbled away leads and have a hard time capitalizing because of their inability to score. This team has a lot of new parts, so the players are still all adjusting. Isaac Brown needs to continue to find ways to win and not just hold leads.

The Mustangs are coming together with all the new pieces, schemes, and coaches. However, a tough loss against a well-coached Texas A&M team at home and then a loss to Jackson State were still not positives. SMU had an almost identical stat line to Jackson State, but the Tigers made one more three-pointer. Unfortunately, this week has tough matchups for the Mustangs against Arizona State and TCU.

Coach Brian Gregory grabbed his third win against Charleston Southern and showed what the Bulls could do. The team did everything right in their last game, outrebounding, putting up more shots, taking care of, and sharing the basketball. If they can keep this up, the Bulls could have a double-digit win season.