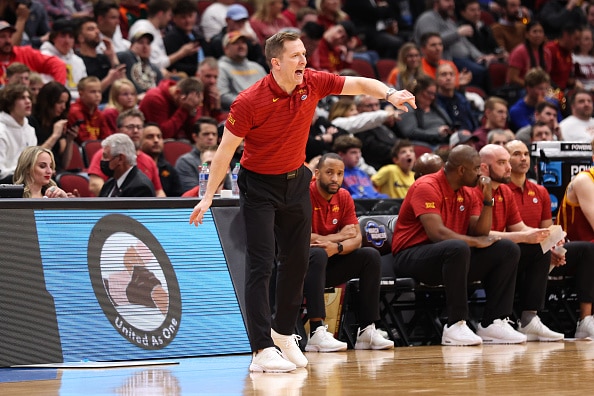 Matchup of the week: Texas vs. Creighton

Sneaky good matchup of the week: West Virginia vs. Xavier

All game times are listed in EST.

Texas did exactly what it needed to last week, beating two lower mid-major programs, and doing so easily. They face their second major opponent in Creighton on Thursday in the Big 12 – Big East challenge, who are coming off an impressive tournament run in the Maui Jim Maui Invitational.

Iowa State enjoyed a massive week with wins over two Final Four teams from last season, including #1 UNC. Caleb Grill had a monster game against the Tar Heels and the additions of Jaren Holmes and Osun Osunniyi have shown to be great additions for the Cyclones. They continue their difficult nonconference schedule against a surprisingly undefeated St. John’s team next Sunday.

Baylor, like Texas, had an easy week in prep for a big-time week. Baylor may have the hardest week in the conference, taking on a good Marquette team on the road. They then travel to a neutral court and take on the Gonzaga Bulldogs. People know how good Baylor is, but in a year where it seems like it’s wide open, two big wins here can put them on the map as the team to beat in college basketball.

Kansas went 2-1 on the week, yet many fans and media members feel like they lost the week. They played NC State and Wisconsin close, with the Wisconsin game coming down to a last-second layup by Bobby Pettiford, then got completely outplayed by Tennessee. Scoring remains an issue outside of Jalen Wilson and at times Gradey Dick, and they will need someone to step up and assume that role. They take on their Round of 64 opponent in Texas Southern to start the week, then take on a Seton Hall team hungry for a quality win at Allen Fieldhouse.

How about the Wildcats? The team many expected to finish last in the Big 12 sit at 6-0 and come home with a Cayman Islands Classic Championship. Keyontae Johnson and Marquis Nowell have been a terrific Batman and Robin and with no difficult nonconference opponents in sight, we could see this team go undefeated headed into conference play. They’ll need to beat Butler on the road though, whose record isn’t impressive but could be a tricky matchup.

We’re at the point where #6 in the Big 12 basketball power rankings would be Top 3 in 95% of all other conferences. West Virginia lost to one of the hottest teams in the country in Purdue but followed up with two good wins, including a blowout against a good Florida team. West Virginia faces another huge nonconference test on the road against Xavier, as we continue to test how legitimate this West Virginia squad is. We saw how hostile an environment it could be when Xavier faced Indiana, and don’t expect it to be any different this time around.

After a bad loss to Sam Houston State to start off the season, the Sooners have bounced back in a big way, winning six in a row. They got three solid wins last week to win the ESPN Events Invitational, and look like they are finally clicking after some early season struggles. Although Villanova has struggled heavily this season, they will still be a tough matchup this week for the Sooners and an additional boost for their resume.

Like Oklahoma, TCU looked much better this week after struggling early on. They got their quality win, but really only have one good win this season and a loss that’s even bigger. They’ll get another quality win opportunity when they take on Providence at home on Wednesday.

Texas Tech is the only team to have a losing record this week, going 1-2. With that being said, neither was a bad loss, holding their own against two probable tournament teams and crushing a really bad team. They have an opportunity to get back on their feet this week against Georgetown, who is of equal standing as the Lousiville they beat by 32.

Oklahoma State is probably the only team in college basketball history to be 5-2 and the worst in their conference. They still lack that quality win but have a tremendous opportunity against a Uconn team who have been red hot to start the season. If they can win, they immediately jump into the Top 5 and assert themselves as a team to watch not just in the Big 12 but all of college basketball.