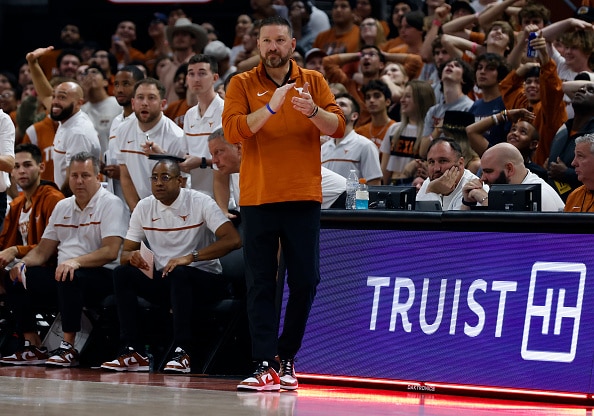 Matchup of the week: Texas Tech vs Creighton (confirmed), Kansas vs Tennessee (potential)

There are few teams who had a better week than Texas, who invited Gonzaga into their arena and then proceeded to dominate them. Tyrese Hunter is the real deal, and the combination of a variety of offensive weapons with solid defensive ability makes the Longhorns extremely dangerous. They have a light week ahead, taking on two mid-major programs in the Leon Black Classic.

Like Texas, the Jayhawks ended the week with a win against a ranked opponent without accumulating a loss. Both games were close, including a near-stunner at home against Southern Utah on Friday. Kansas looks more than capable of repeating, but does face many question marks, especially where the scoring will come from besides Jalen Wilson and at times Gradey Dick. Kansas will continue building up resume games, taking on NC State, then the winner of Dayton-Wisconsin. Based on how those games and other games go they could take on Butler, Tennessee, BYU, or USC in the third game.

Baylor suffered their first loss of the season against a really good Virginia team but bounced back on Sunday, taking down UCLA to remain in the top 3 in the Big 12 basketball power rankings and earn a key resume win. The guards have looked incredible so far this season, but the team has struggled defensively up to now. They’ll have a chance to relax this week, taking on McNeese State in their only game of the week.

West Virginia falls in the rankings solely because their fellow Big 12 teams ahead of them took on and beat a Top 10 opponent last week. West Virginia still has not lost or won a game by less than 15 and has received great balance in terms of scoring, with a different leader every game so far.

This week ramps up the level of competition, with a game against 7’4 Zach Edey and Purdue, followed by potential matchups against several Top 25 teams in Duke and Gonzaga and two solid teams in Florida and Xavier. This Phil Knight Legacy Tournament will really allow us to determine how legit West Virginia can be this season.

Texas Tech has won the games they’ve needed to and has never really been in a stressful situation up to this point. This changes this week, where their current 336th strength of schedule will go up when they have to play a top 10 team in Creighton, and then potentially another top 10 team in Arkansas the day later. If they lose to Creighton, they get an easy matchup against Lousiville, but the four teams on the other side of the bracket are all favorites to make the NCAA Tournament, so Texas Tech will have to bring their A-game to the Maui Jim Maui Invitational.

Like Texas Tech, Kansas State continues to win the game they need to, winning easily against Kansas City. They probably have one of the easier early-season tournaments, participating in one that features only one other Power 5 opponent. With that being said, Western Kentucky and Tulane are both high-tier mid-major programs this season, so keep an eye on that game if either of those teams faces the Wildcats.

Iowa State has the easiest strength of schedule in the whole country at the moment, but that won’t be for long. Every team besides Portland in the PKI should not only be a tournament team, but a Top 7 seed or better. In a challenging Big 12 conference, this will be a great chance to great some big-time resume wins, similar to how they did last year.

Oklahoma responded to a 1-1 week with a 2-0 week. The second win wasn’t all too convincing, going toe to toe with Southern Alabama and not scoring for the final 5:18 of the game. They still won, but the question marks remain. Oklahoma needs to go 2-1 in the ESPN Events Invitational or it may come back to hurt them come Selection Sunday.

Losing to a bottom 30 team in the country as a top 15 team in the country is unacceptable. Yes they were missing Mike Miles and Damion Baugh and yes they won their next game by 35, but that loss will haunt them for the rest of the season. TCU isn’t seen as a threat by anyone right now, but we all know that when they are on they can compete with anyone. The game against Iowa or Clemson could be intriguing, but TCU has a lot to work on before they get to conference play.

Oklahoma State is the only Big 12 team with two losses and earn their spot at last because of that. The Depaul win is good, but they were in a position to take control of the game and instead let them back into the game. Oklahoma State has led at the half in all five games but is only 3-2. If Oklahoma State can figure out how to close games, then things should work out, but until then there’s not much stopping them from being a bottom feeder in the Big 12. They have a great opportunity to go 5-2 on the season this week.