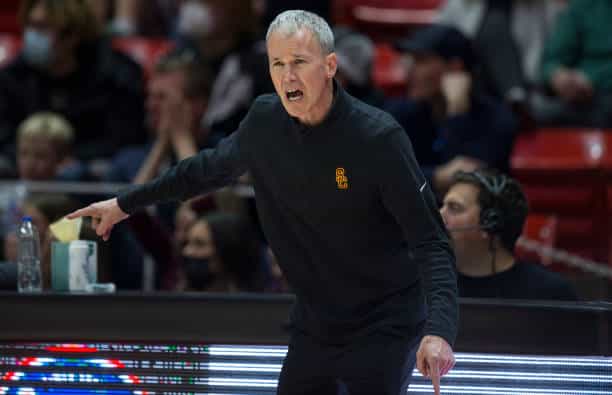 CBB Review’s Ethan Carbone goes in-depth on the top 30 college basketball recruiting classes. Next up are the USC Trojans who come in at 7.

Iwuchukwu comes in as perhaps the most raw prospect in the class of 2022. He has the ability to shoot, rebound, pass, and defend. But the biggest calling card, is the potential to get his shooting range outside of the three point arc.

He’s been out due to health problems, but has clear potential to be a big-time player in the Pac-12.

White is practically the perfect do it all forward. He is athletic and has a ton of bounce. White can also shoot the three, however he’s best in the paint. He battles for rebounds and isn’t afraid of contact with a great build as a first-year player. On defense he will defend multiple positions.

As a freshman, White will play a key role doing everything. If White plays all four years, he will likely be the go-to guy for the USC Trojans by his junior year.

So far, White is averaging 7.9 points and 5.4 rebounds per game.

USC got an athletic power forward in Wright, who is one of the best rebounders in the class, especially as a power forward. His ability to jump and out-power those who go against him stands out. Wright is able to play in the paint or shoot short-range jumpers.

In year one, he will be a high intensity player for the Trojans. As time goes on, Wright could turn into a double-double machine.

Early on this season, Wright is averaging 2.8 points and 2.2 rebounds, playing about 14 minutes per game.

Sellers is the perfect scoring shooting guard, as he joins the USC Trojans as a player who will put points on the board, especially from three-point range. A hardworking player who will need to improve his power for driving, Sellers will need to get better and that part of his game to earn more playing time.

It’s expected that Sellers won’t earn much time to start his career, but can grow into a reliable scorer.

So far this season, Sellers is only playing about six minutes per game and has struggled, going 1-of-5 from deep.

Niagu comes from the NBA Global Academy in Australia.

On the year, Niagu has played in two games, scoring 2 points and grabbing 3 rebounds total.